Fox starts 2020 with a bang with Underwater, a sci-fi thriller that will make the popcorn fly out of your bucket. It sticks to the main tropes of the genre and although it sometimes feels far removed from Godzilla in its composition and action, it’s essentially the same thing. For clarity, I’m referring to the original 1954 film and not the one(s) fresh in the minds of mainstream moviegoers.

In the original Godzilla (and to a lesser extent the American edit), mankind unintentionally awakens a sleeping giant during an H-Bomb test, giving the beast radioactive powers that render it virtually unbeatable and setting it on a path of senseless destruction. Swap atomic weapons for mankind’s undying energy needs and replace Tokyo with an underwater chain of drilling platforms and you jumped forward 65 years and come full circle. Underwater may look at first glance like James Cameron’s The Abyss or James Cameron’s Alien in the ocean or James Cameron’s Titanic but just the present day parts with the rotting ship on the seafloor, but if you think of the major plot points of Godzilla, you can figure out where Underwater is heading pretty early on. Set sometime in the future, the film takes place in an underwater drilling station that looks like an orange version of Epcot’s Sea Bass Alpha minus the dolphins and divided by the spaceship Nostromo from Alien. Less than five-minutes into the film the base begins to depressurize, collapsing in on itself and leaving a handful of survivors with no choice but to try and cross the ocean floor in weighted suits with not enough oxygen to make the trip. But that’s not the biggest problem they’ll face.

Underwater is a monster movie set in liquid space. In a typical film like this, or Netflix’s Stranger Things for a recent comparison, the protagonists would have terrestrial places to hide. At the bottom of the ocean floor, the characters are open and exposed and unable to see very far ahead of them. They’re trying to survive a slow walk and evade creatures that don’t rely on sight to find and hunt their prey. These sequences are what feel the most fresh and original for those seeing the film purely for the parts where people get eaten by monsters. 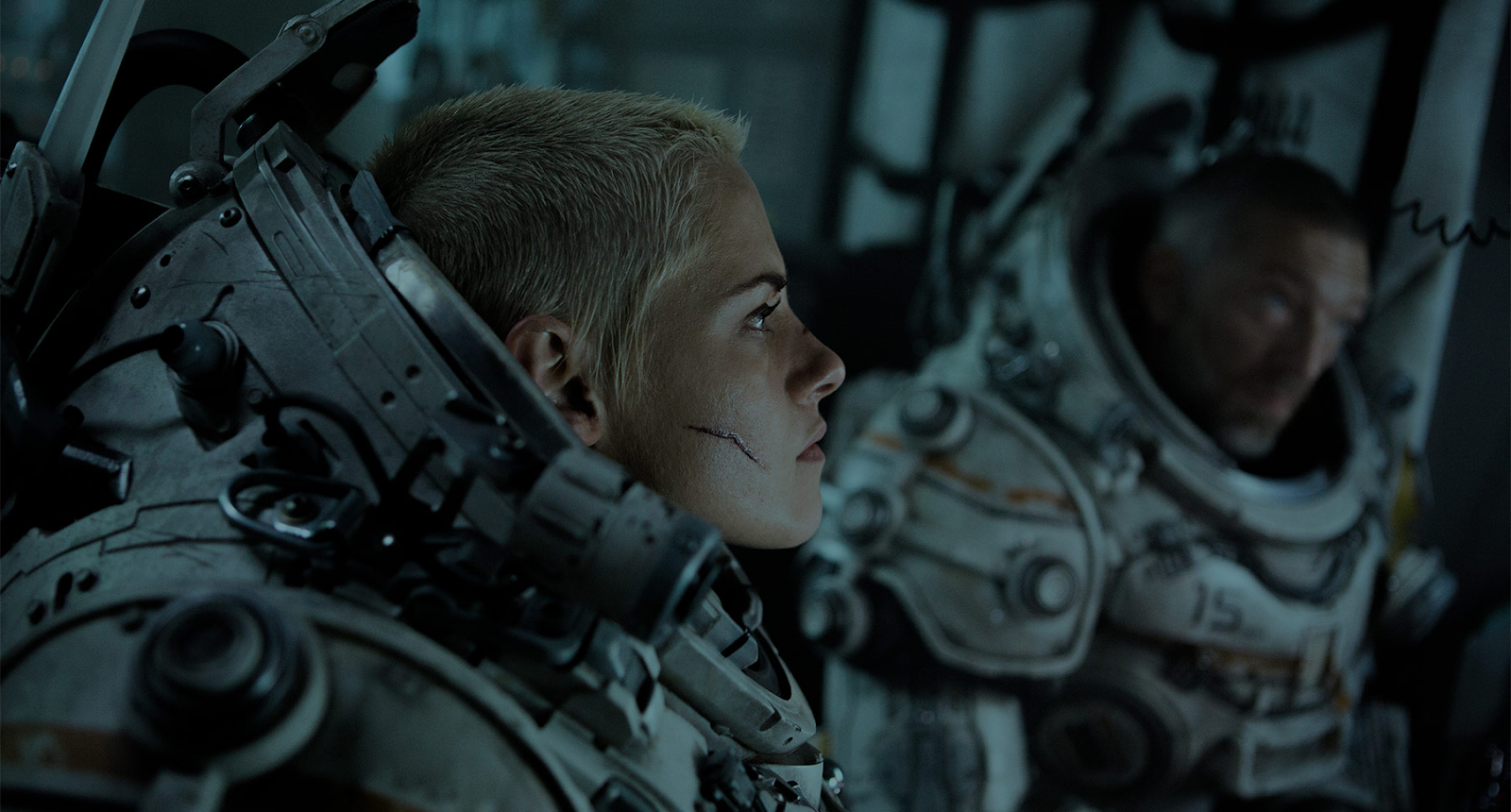 The cast is led by Kristen Stewart as the central character and in addition to other parallels to Alien, the role as written brings about unavoidable comparisons to Ellen Ripley. She’s an engineer with the mentality of a soldier whose skinny enough to climb through any obstacle that gets in their way and never wears pants outside of her scuba suit. Stewart injects about as much warmth into the character as one can, but the lead character ultimately comes across as feeling incomplete. All the energy was put into the premise and getting the characters from A to B, but they ran out of time to write personalities.

TJ Miller is the “Comedic relief” who tries to make light of the fact that they’re all probably going to die. He’s redeemed by making a few references to 20,000 Leagues Under the Sea and Alice in Wonderland, but it’s yet another undefined player whose entire personality can be summed up by one word. Venturing into spoiler territory, the biggest insult is that the lone black man on the team is the first to die, an outdated horror movie trope that shouldn’t be the case in 2020. His character, played by Mamoudou Athie, doesn’t even get a personality, unless you count being fearful which applies to anyone in this situation.

Since this is Director William Eubank’s first big studio-backed film, I decided to check out his previous film The Signal prior to screening Underwater. With a smaller budget and smaller names, he was able to achieve far more satisfying results in his previous effort, a trippy film that makes you think. I was expecting something on a similar level from Underwater and walked away feeling underwhelmed as a result.

Underwater is neither great nor terrible, landing in a place of mediocre monster movies. It has an exciting premise and great acting, but the lack of character development ultimately impairs your ability to really connect with the cast. It’s unlikely to be the next Cloverfield, but if you want to go to the movies, spill some popcorn out of freight, and see some people get eaten by underwater beasts, you’ll enjoy it.

I give Underwater 3 out of 5 left behind action figures on abandoned sea bases.