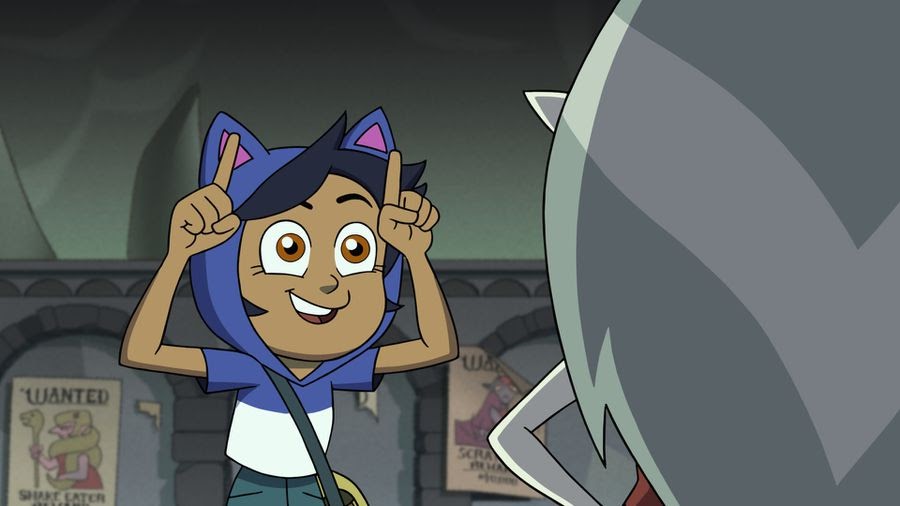 One of the great things about Disney Television Animation is that they are able to bring us a wide variety of projects that span several styles while retaining Disney’s famed commitment to storytelling. Big City Greens is different than DuckTales, which is unlike Amphibia. Disney Channel’s The Owl House brings something new in the form of a family-friendly horror-comedy.

The Owl House is created by Dana Terrace, who has worked on both Gravity Falls and DuckTales. The show is about Luz, a human girl who stumbles through the owl portal to the Demon Realm where she befriends an eccentric witch Eda and the fierce and adorable King. Despite not having any magical abilities, Luz pursues her witch dreams by being Eda’s apprentice. You may have seen Terrace’s name as one of Variety’s “10 Animators to Watch.” At a recent screening, Terrace revealed that her love of animation began when she brought home a tape of Hayao Miyazaki’s Princess Mononoke. While mom had presumed it was a kid-focused animated film, the more mature anime captured Terrance’s imagination, and that is where she got hooked. She began drawing constantly. While attending the School of Visual Arts in New York, she posted to her blog where she got her big break. After a lot of hard work, she was able to pitch her own show, a horror-comedy that mixed creepy creatures with a pokemon aesthetic.

In addition to the unique visuals of the show, the voice cast is also eclectic. Luz is voiced by Sarah-Nicole Robles who you may remember as voicing Scarlet in Star Darlings. American Housewife’s Wendie Malick provides her unique vocals to witch Eda, while Gravity Falls creator and actor Alex Hirsch voices King. The performances fit together beautifully as the diversity in their delivery showcases the characters’ unique roles in the Demon Realm. 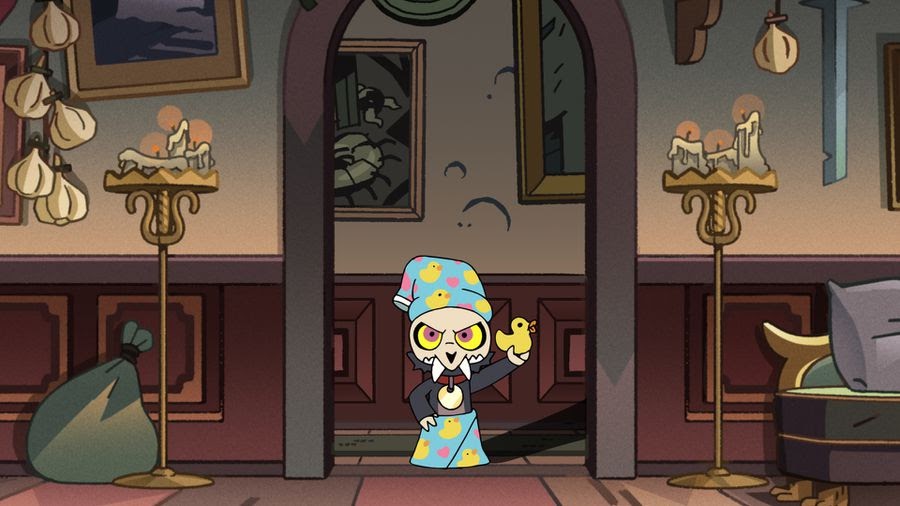 But is the show good? I thought it was fantastic. It doesn’t play down to its target audience but remains accessible. The monsters are creepy, but not in a nightmare-inducing way. The comedy is funny, but it doesn’t let it interfere with the more emotional elements, complimenting them instead. Who would have ever thought that I would be eager to return to a place called “The Demon Realm?”

Luckily for me, The Owl House has already been renewed for a second season ahead of its premiere. So I can look forward to more adventures with Luz, Eda, and King for the foreseeable future.

The Owl House debuts January 10, 2020 on Disney Channel and the DisneyNOW app.