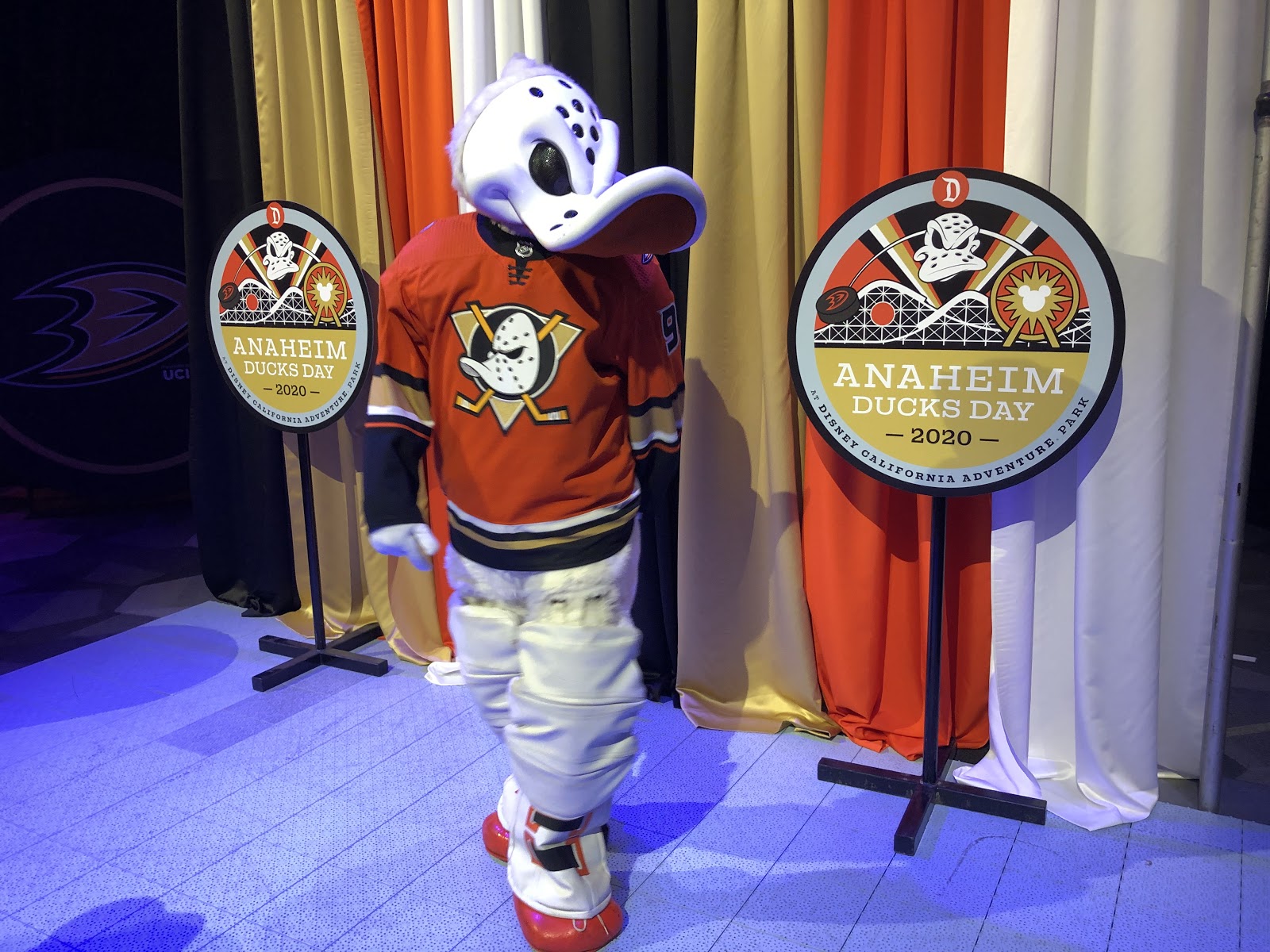 Last year the local southern california NHL hockey team the Anaheim Ducks celebrated its 25th anniversary with two weeks’ worth of festivities– including the instantly popular Anaheim Ducks Day at Disneyland Resort’s Disney California Adventure theme park. Naturally the immediate success of that event with local sports fans and Disneyphiles meant that Anaheim Ducks Day would have to become an annual observance at the park each winter.

Yesterday fans gathered once again in DCA’s Hollywood Land, where Anaheim Ducks Day expanded to include the Hollywood Backlot Stage in addition to Stage 17 and the Sunset Showcase Theater, where guests could watch highlights from Ducks history, pose for photo ops, play a variety of hockey-themed games, dance to the tunes provided by a live DJ, and meet the team’s energetic mascot Wild Wing.

Then it was time to line the Disney California Adventure performance corridor (AKA its parade route) to enjoy the Anaheim Ducks Day cavalcade, which loaded Disneyland Resort vehicles with Anaheim Ducks players and familiar friends like Mickey Mouse, Donald Duck, Daisy Duck, and Goofy. During the procession, in-line skaters passed alongside the cars with hockey sticks and a pretend referee calling the shots, while fans got to wave at their favorite members of the team.

Plus, Animation Academy in DCA’s Animation Building hosted a “Disney Ducks Takeover”– which offered guests the chance to draw some famous web-footed members of the Disney character family– and an Anaheim Ducks zamboni was on display for informational and photo purposes in the Hollywood Land plaza. All told, Anaheim Ducks Day 2020 seemed to be welcomed enough by attendees that it will hopefully continue to be an annual occurrence at Disneyland Resort.