Tony Stark is dead. No, I’m not describing the plot of the future of the Marvel Cinematic Universe, but rather the new “Iron Man 2020” series from Marvel Comics. In fact, Tony has been gone for some time, and any recent version of him that has been seen lately has actually been an AI pretending to be the real Tony Stark. Now, it’s time for the real Tony’s brother, Arno Stark, to take up the mantle of Iron Man. 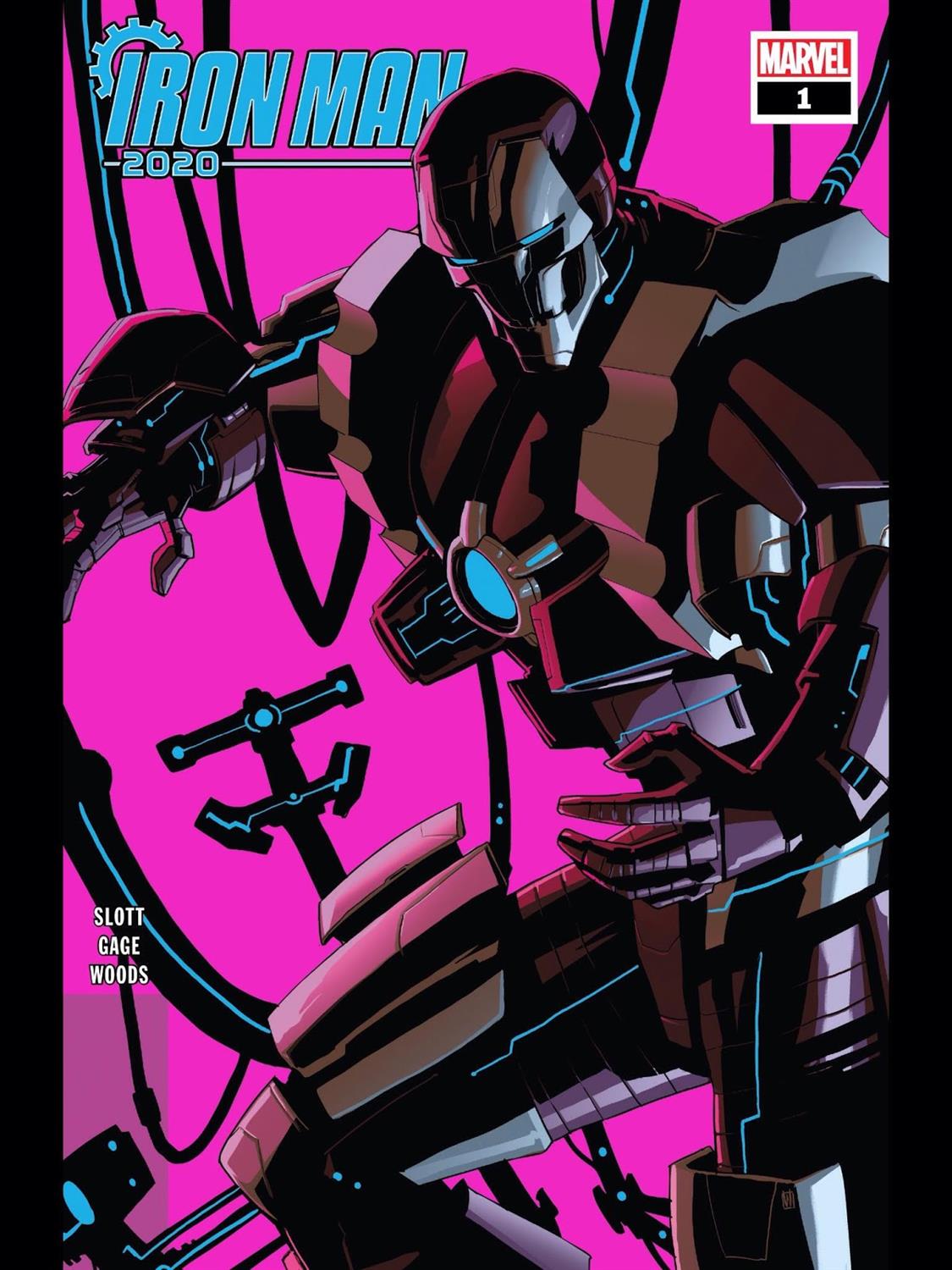 We were recently (re)introduced to Arno in Marvel’s massive comic, “Incoming!,” which briefly featured the new Iron Man. Now, we get to see his story and what he’ll be facing in this new series.

Arno wastes no time warning readers of the coming threat of the “Extinction Entity,” taking it on in a short dream sequence. He explains that he is preparing for a big fight, one that he believes is his destiny to win. It’s a good teas of what’s to come and where this series could potentially go. 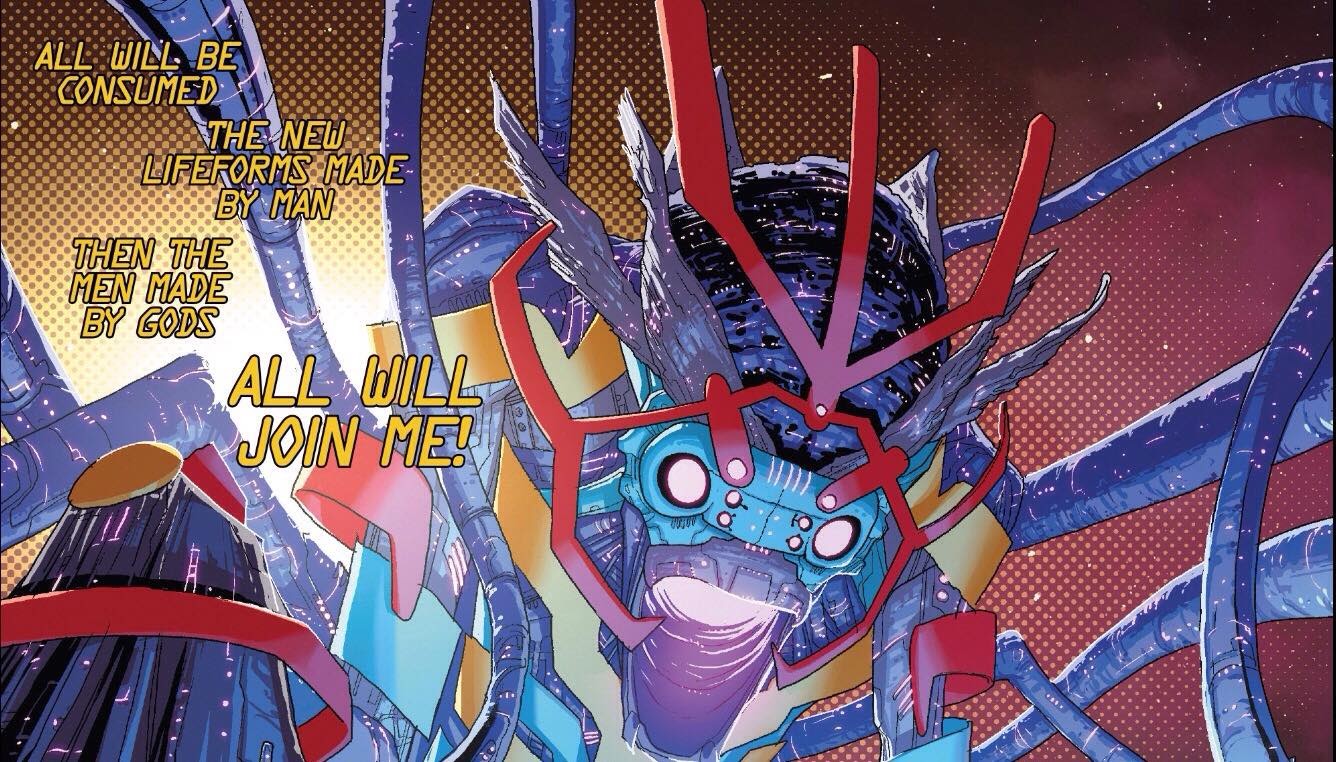 But, like almost all comic series, there is an obstacle to get past before out hero gets to the true big bad. In this case, it’s the robot revolution, with machines fighting back against humanity. This is a very strange aspect of the story. It feels like something that could be treated as a major story, drawing in many of our favorite Marvel heroes. Instead, it almost seems to be treated as a joke or a minor inconvenience Arno is looking past as he prepares for the real fight. It doesn’t seem as though the robots are being taken seriously and whether or not they will give the humans a reason to change that remains to be seen. Arno deals with the minor inconvenience early on, taking on a group of Nick Fury’s Life Model Decoys-gone rogue. While this is a fun start to the action, the threat is quickly dealt with and never really feels like an actual problem from Arno or those around him.

I know there is a bigger fight coming, but this first issue seems to lack any stakes. Arno doesn’t appear to be having any issues with this robot revolution, which feels like a waste. Again, we could see that change in the near future as we are left with quite a cliffhanger that could change this fight, but for this particular issue, there is no real threat. As I alluded to, it does seem as though the robot revolution could become a more serious part of the series in future issues, which could be a good thing. However, there were also some things I don’t like about this. For example, the robots refer to humans as “the meat” or “meatbags” numerous times. At one point they even refer to other robots as “metalheads.” After a while, it starts to get a bit cringey.

There are some things I liked about the revolution though, aside from the Terminator-like potential of course. The robots have a bar they hang out at called “The Uncanny Valley.” Pretty clever name for a hang out for a bunch of A.I. that can look and act like humans.

Overall, “Iron Man 2020 #1” is a great start to a new story with some very interesting new characters. On it’s own though, this issue has some flaws that make it far from my favorite read. Still, I’m excited to see where the story goes and would recommend reading this one if you’re looking for a new Iron Man story.