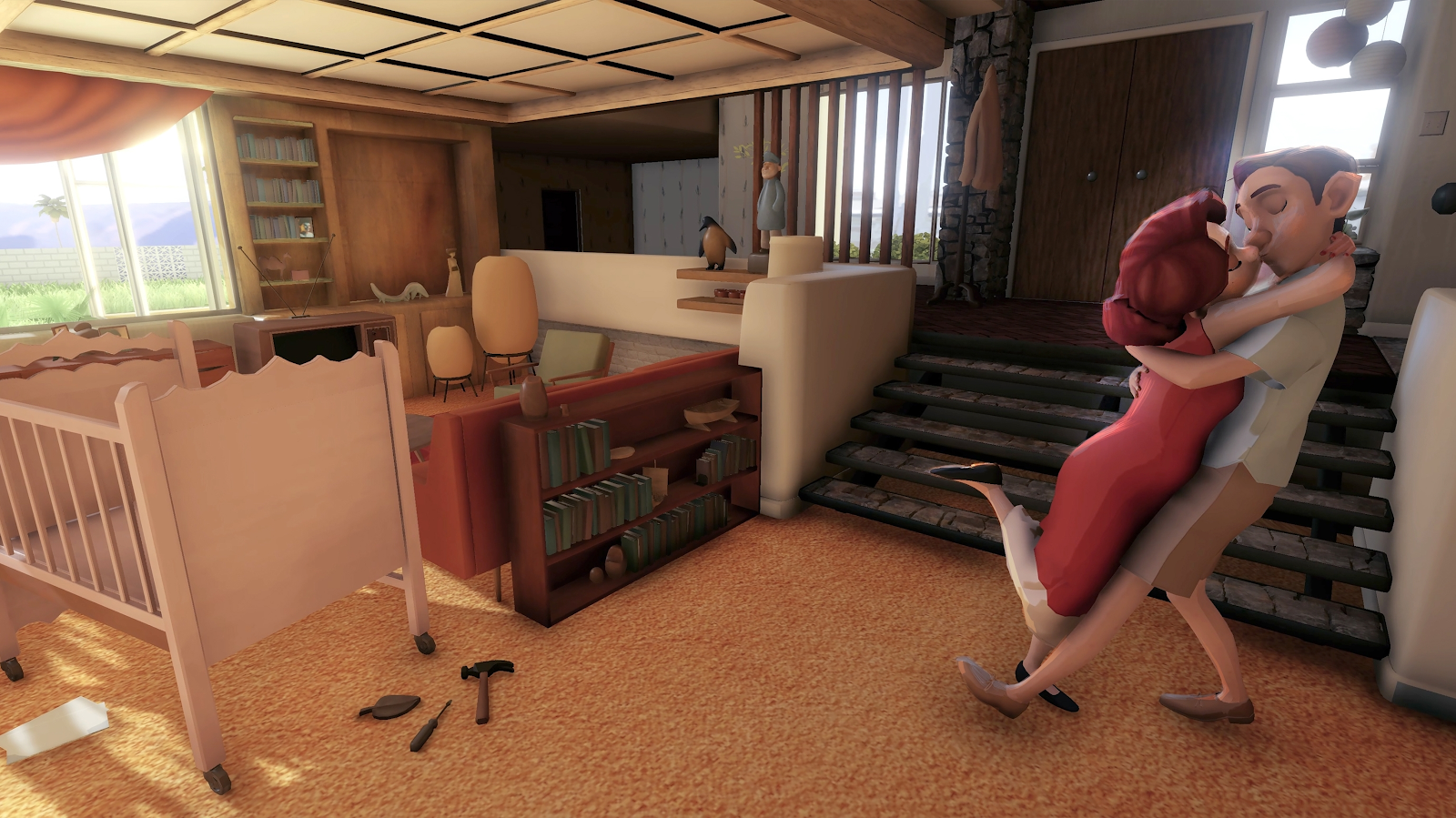 One of life’s many hard truths is that as we get into our senior years, we may lose the capacity to care for ourselves. This sad event was the source of inspiration for Cycles, an animated short from Walt Disney Animation Studios’ Short Circuit program. Already an award-winner, the short was the studio’s first virtual reality project, having been showcased at several events. On Disney+, the short may be in a fixed vantage point, but the powerful story still resonates with viewers.

The short unfolds through a series of time-lapse events, going forward and backward in time to reveal vignettes in the life of a woman who is leaving her home to enter an assisted living facility. Throughout the story, which is told with limited dialogue, we see events that include purchasing the home, having kids, watching them grow up, growing old, and ultimately leaving the space. The camera slowly moves through the living room as it reveals memories the walls of the home have to share.

Anyone who’s ever cared for an aging parent or grandparent will feel the weight and the power of Cycles. It immediately brought up a lot of memories for me of my grandparents and Director Jeff Gipson in his intro to the film reveals that he cried into the VR goggles the first time he watched the completed film in that medium.

Because it was created for the VR space and employs a time-lapse esthetic, the short at times looks less polished than the other films in the ShortCircuit series. However, this in no way hinders your ability to connect and experience the emotional journey the powerful story takes you on. I would like to see it in the VR setting some day, but also really enjoy the way the camera slowly pans through the house in this version, framing the action in a specific way rather than leaving it up to you.

While most of the ShortCircuit Directors go back to their regular roles within Walt Disney Animation Studios when their films are completed, Gipson recently directed another VR project set within the world of Frozen 2 called Myth: A Frozen Tale. His architecture background is revealed in this short through the way the home changes and evolves as the story moves backwards and forwards through time.

I give Cycles 5 out of 5 boxes of memories.