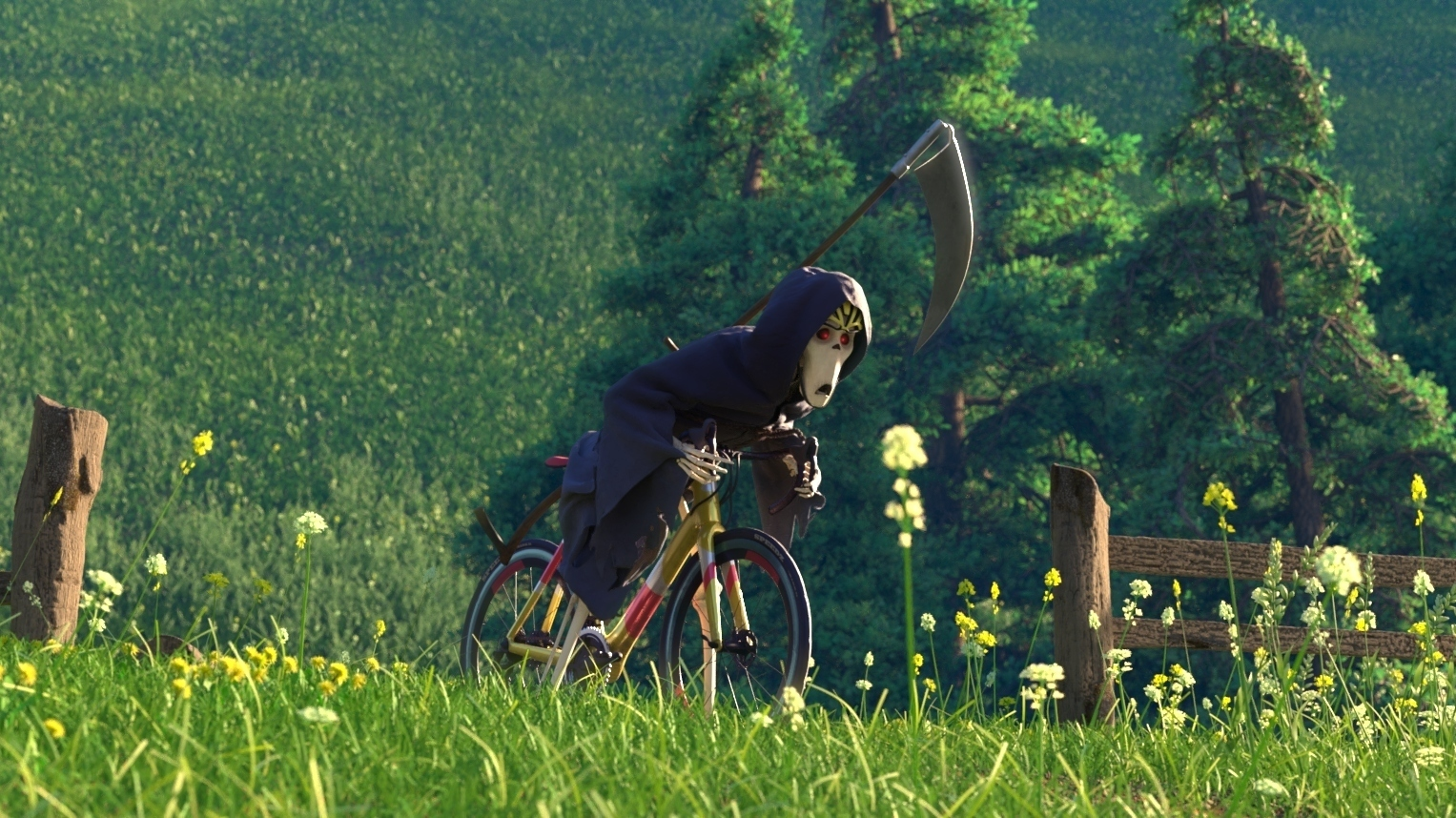 “Death comes unexpectedly!” The priest in Disney’s Pollyanna screamed this at his congregation in the 1960 classic film and that same concept comes into play in The Race, one of fourteen animated shorts coming to Disney+ on January 24th from the Walt Disney Studios Short Circuit program. Death has never been so fun as it is in this film.

A grim reaper is at the end of a workplace competition, about to meet his quota of collecting 100 lives. His final target is a bicyclist in the midst of a race. When the man sees he’s being literally chased by death, he gives the grim reaper the ride of a lifetime and shows him what’s really important in life.

For having such a serious tone, The Race actually plays to comedy. It even brings in animation techniques from the era of Tex Avery and Chuck Jones, with eyes growing bigger in response to unexpected obstacles as an example. It’s more like a modern-day Bugs Bunny cartoon than a message film about the meaning of life.

That’s why The Race is so effective. It has a message to share if you want to see it, but it’s not beaten over your head the way many of Pixar’s SparkShorts films do. It beautifully reveals itself at the end in a loving way that makes you truly appreciate the craftsmanship that went into this project.

The Race comes from Terry Moews, a Layout Supervisor who joined Walt Disney Animation Studios in 1996 to work on Dinosaur. He has since leant his talents to many projects at the studio including Chicken Little, Bolt, Tangled, Wreck-It Ralph, Frozen, Big Hero 6, Zootopia, and Moana.

You’ll laugh, you’ll smile, and you’ll cherish the time you have with your loved ones after seeing The Race. It’s a celebration of life and death and implements hallmarks of the animated medium that go back to its golden era.

I give The Race 5 out of 5 forehead kisses.