Another exciting week begins on Disney+ with the premiere of Lamp Life, an exclusive animated short from the world of Toy Story about Bo Peep’s life between leaving Molly’s room and reuniting with Woody. Speaking of Toy Story 4, it’s among a list of new library titles joining Disney+ this week, including the Bette Midler/Lily Tomlin twin switching comedy Big Business. Our Library section highlights three films celebrating milestone anniversaries this week. Whatever you choose to watch, we hope it’s another magical week for you and your Disney+ account. 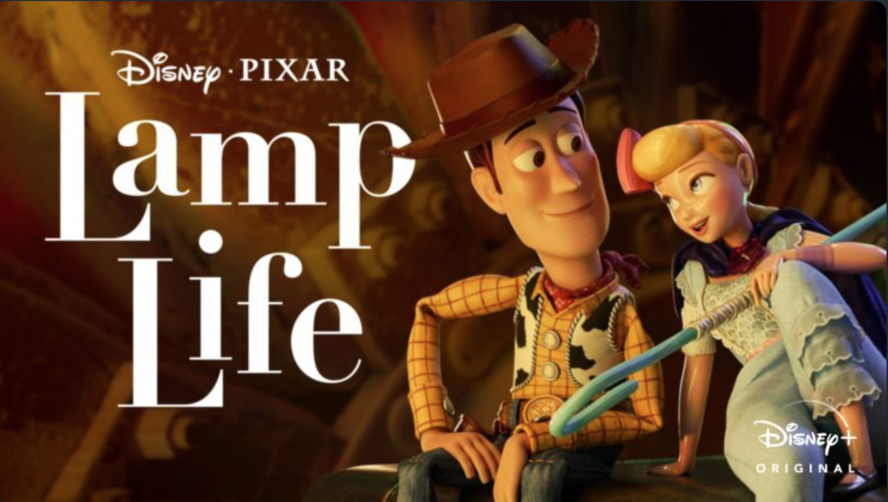 “Bo Peep makes a big comeback in Disney and Pixar’s Toy Story 4 and she leads the way in Pixar’s all-new animated short film, Lamp Life. Lamp Life answers the question of what happened to Bo since we last saw her in Toy Story 2. Join Woody and Giggle McDimples as Bo recounts her wild adventures. The film airs exclusively on Disney+.” “In an attempt to find her “reason for being,” Elena tries to become Orange Bay Middle’s Hurricane Watch Captain. Bobby prepares to go to “Miami Second Base” with new crush Monyca-with-a-Y. Gabi is excited to have her first real date with Sam, but family obligations keep getting in the way.” “Seamus wants to give back to those who serve–the men and women who are willing to risk everything to ensure his freedom. He created a fundraising organization that taps into his love of rock-climbing to raise money for the families of fallen and wounded soldiers, so they can keep climbing towards their own dreams. Seamus is already a hero, but now, he’s about to become a Marvel Super Hero.” “Rob Richards takes us on a historical journey of the mighty Wurlitzer Organ at the El Capitan Theatre. It has been his lifelong ambition to play the Wurlitzer for Disney, and after years of honing his craft in pizza parlors around the US, Richards fulfilled his mission to bring the Disney canon to audiences in a whole new way.” “The Wulf family lights up when they help host Amber Kemp-Gerstel work on a craft inspired by Disney’s Tangled.” “Bette Midler and Lily Tomlin star in this comedy about two sets of identical twins who are mismatched at birth. Forty years later, their paths cross amid the hustle and bustle of Manhattan, and the result is unrestrained pandemonium. New York’s opulent Plaza Hotel is the setting for a wildly hilarious, classic case of mistaken identities, split personalities and double trouble.”

Around the World in 80 Days “After being forced into a bet by the Royal Academy’s Minister of Science, Phileas Fogg, Lau Xing and Monique La Roche dare to do what no one has done before – beat the clock in a race around the world. Traveling the globe by land, sea, air, and even in-line skates, Fogg must complete his trip around the world in 80 days, or he will never be allowed to invent again.” The classic 20th Century Fox baseball comedy was a launch title on Disney+ that disappeared temporarily and is now back for your streaming pleasure. Play ball! The third installment in the musical DCOM series finds Mal facing off against her own father, Hades himself. “Pixar Animation Studios proudly presents the adventure of a lifetime! When Woody, Buzz, and the gang join Bonnie on a road trip with her new craft-project-turned-toy, Forky, the innocent little spork’s hilarious antics launch Woody on a wild quest filled with unexpected new characters – and one long-lost friend! Donald Duck, Jose Carioca, and Panchito became a trio on February 3rd, 1945, when The Three Caballeros made its US debut.

45th Anniversary – The Strongest Man in the World Dexter Riley (Kurt Russel) returned to theaters for his third and final time in The Strongest Man in the World, released on February 6th, 1975.

20th Anniversary – The Color of Friendship This 2000 DCOM premiered on February 5th, 2000, and challenged racial stereotypes when two girls from different backgrounds found themselves living together.