Marvel uses a lot of different mediums to tell their stories. Between comic books, novels, animated series and of course the Marvel Cinematic Universe, they’ve got it all covered. One medium they haven’t really tackled though is anime. That is, until recently.

In 2017, Disney debuted an anime series titled Future Avengers on their Japanese network Dlife. Today, that series debuted on Disney+ for the whole world to see. 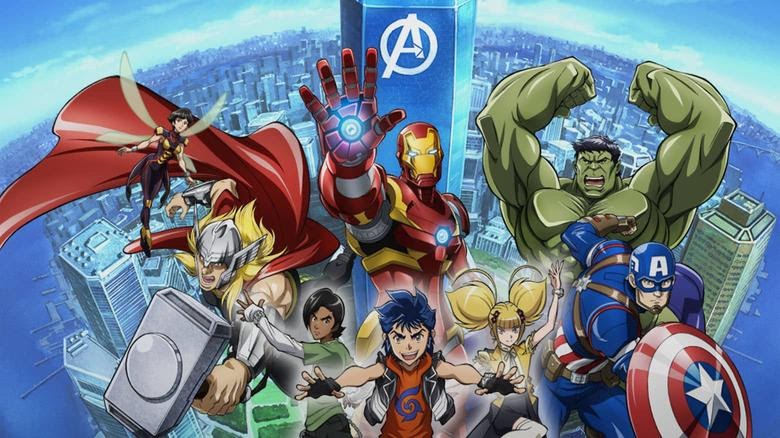 This new series drops you right into the middle of a familiar Marvel Universe with an already-assembled team of Avengers that includes Iron Man, Captain America, Thor, The Hulk and The Wasp. Earth’s Mightiest Heroes are brought together to take on Hydra and any other evil forces that may come their way.

That’s just about where the familiarity runs out. The series actually focuses on a team of children, Makoto and his friends, who are being trained and enhanced by Hydra to become a new wave of super villains. But when they learn Hydra has been lying to them, they set out to escape the terrorist organization and make things right.

It’s a fresh story set in a familiar universe with a comicbook style of storytelling. Basically, it’s the perfect recipe for a popular Marvel product. Future Avengers brings in elements from from all of those other previously mentioned mediums, including a soundtrack that sounds like it was taken right from the MCU. But it uses those element to tell a completely new story.

Makoto may not be anyone’s favorite character going into this series, but he’s at least going to make the list by the time you finish it. Filling the role of the superpowered kid anxious to put his abilities to good use, Makoto provides both a relatable lead character and some comic relief in the early going of the series.

Of course, the Marvel characters that may already be your favorites are a lot of fun as well. Iron Man in particular kind of takes on the lead role in the early going, but the spotlight is certainly shared amongst the Avengers, with each member working in some of their signature attributes. There’s also a revolving door of guest heroes like Captain Marvel and Iron Fist as well as some fan-favorite villains like the Red Skull.

While it’s an overall enjoyable series, it does make some interesting choices. For example, having superheroes shout out the attacks they’re about to do before they do them gets old pretty quickly. Also, there’s an emotional moment early on involving a character who has very little screentime up to that point. It’s hard to attach to the character enough for the moment to actually mean anything.

Those small caveats adise though, Future Avengers is a fun show and very interesting for Marvel fans looking for a fresh new story. It’s also great for fans of anime who may just want to dip their toe into the Marvel waters before diving into something like the MCU or Marvel Comics.