Buffalo Games and Puzzles showcased some exciting Star Wars products at Toy Fair this year. We were also surprised to find some games based on National Geographic brands. Join us as we check out what’s new from Buffalo Games.

Star Wars and The Mandalorian

It’s time to feed your child with the Star Wars Frog Frenzy Game, which might as well be called “Feed Baby Yoda.” The game features a standing “The Child” head with an open mouth. Players use rubber frogs and a catapult to try and shoot his favorite living food into his mouth. Yummy! 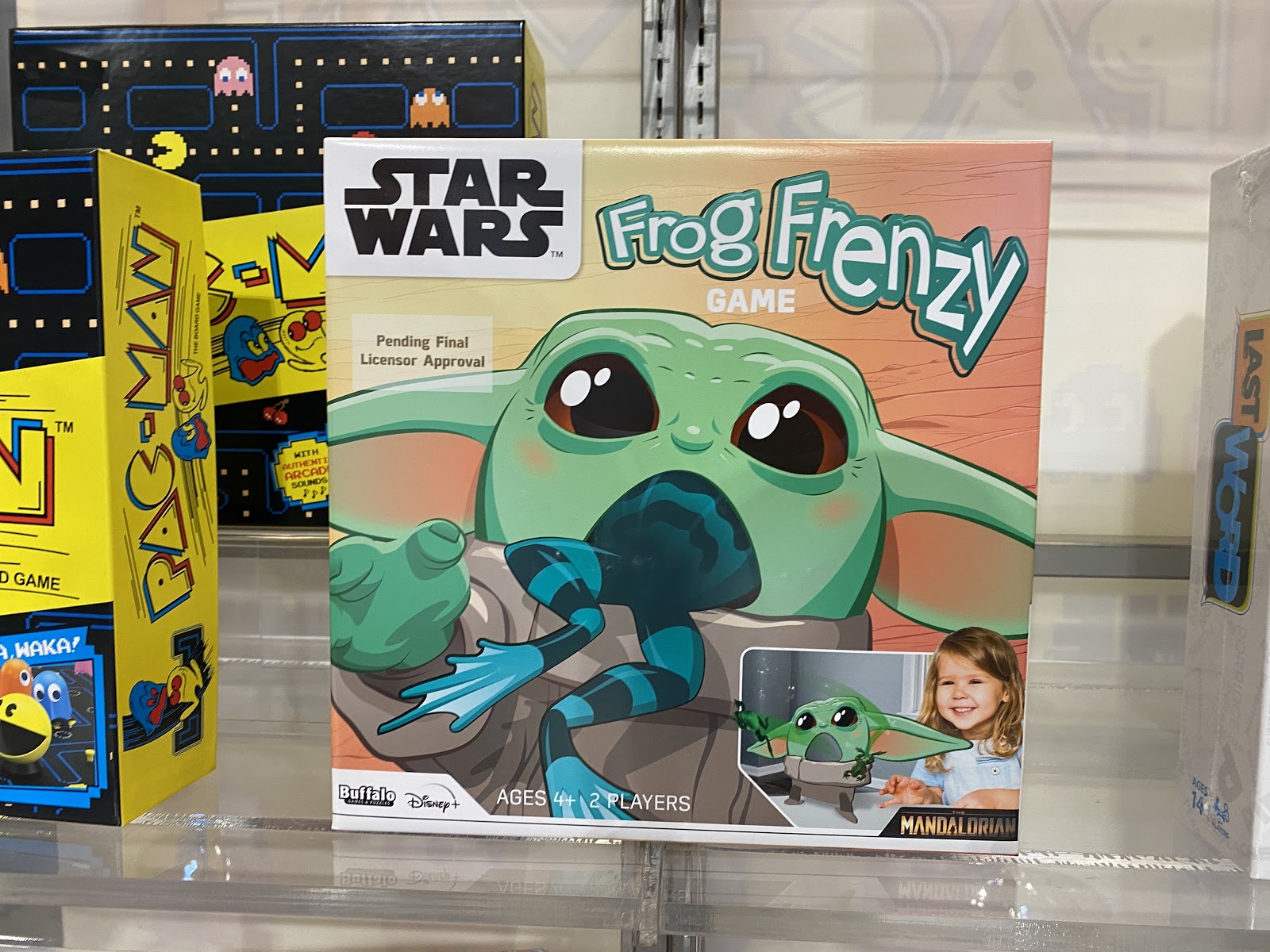 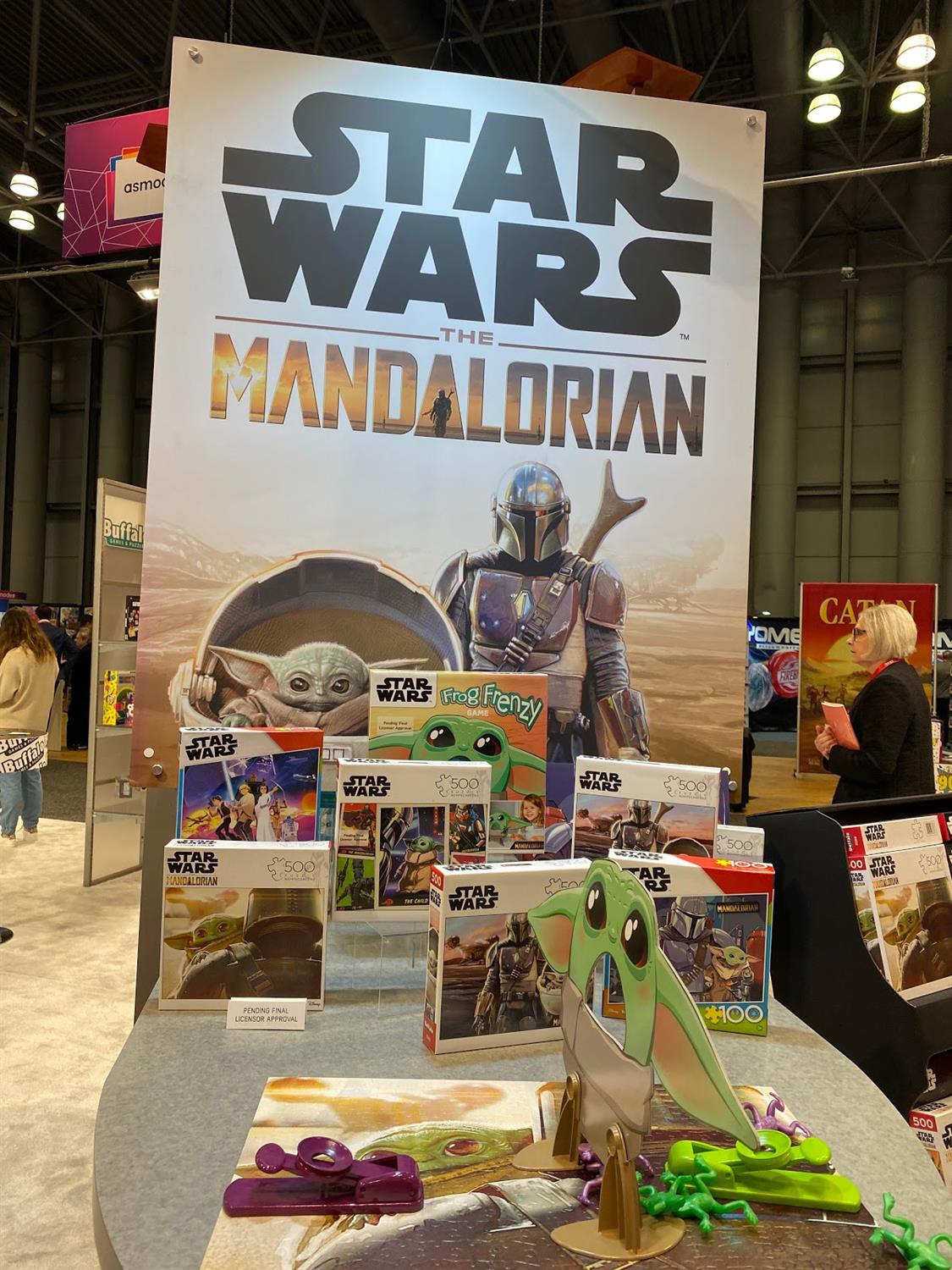 In addition to the game, Buffalo has the exclusive license on puzzles based on Star Wars characters, with a line of Mandalorian puzzles coming soon. Of course, they feature “The Child” prominently. Other Star Wars puzzles include multi-packs with movie posters and panoramas, and scenes that celebrate the characters and locations of the galaxy far, far away. Two of National Geographic’s shows have become family friendly games. “Weird but True: The Game” features over two-hundred unbelievable facts and can be played by up to five players. “Brain Games: The Game” is based on the series, hosted by Keegan-Michael Key, and comes in two versions. The standard game is for ages 14 and up, while “Brain Games Kids” is great for ages 8 and up. Both games feature challenges directly from the game show. 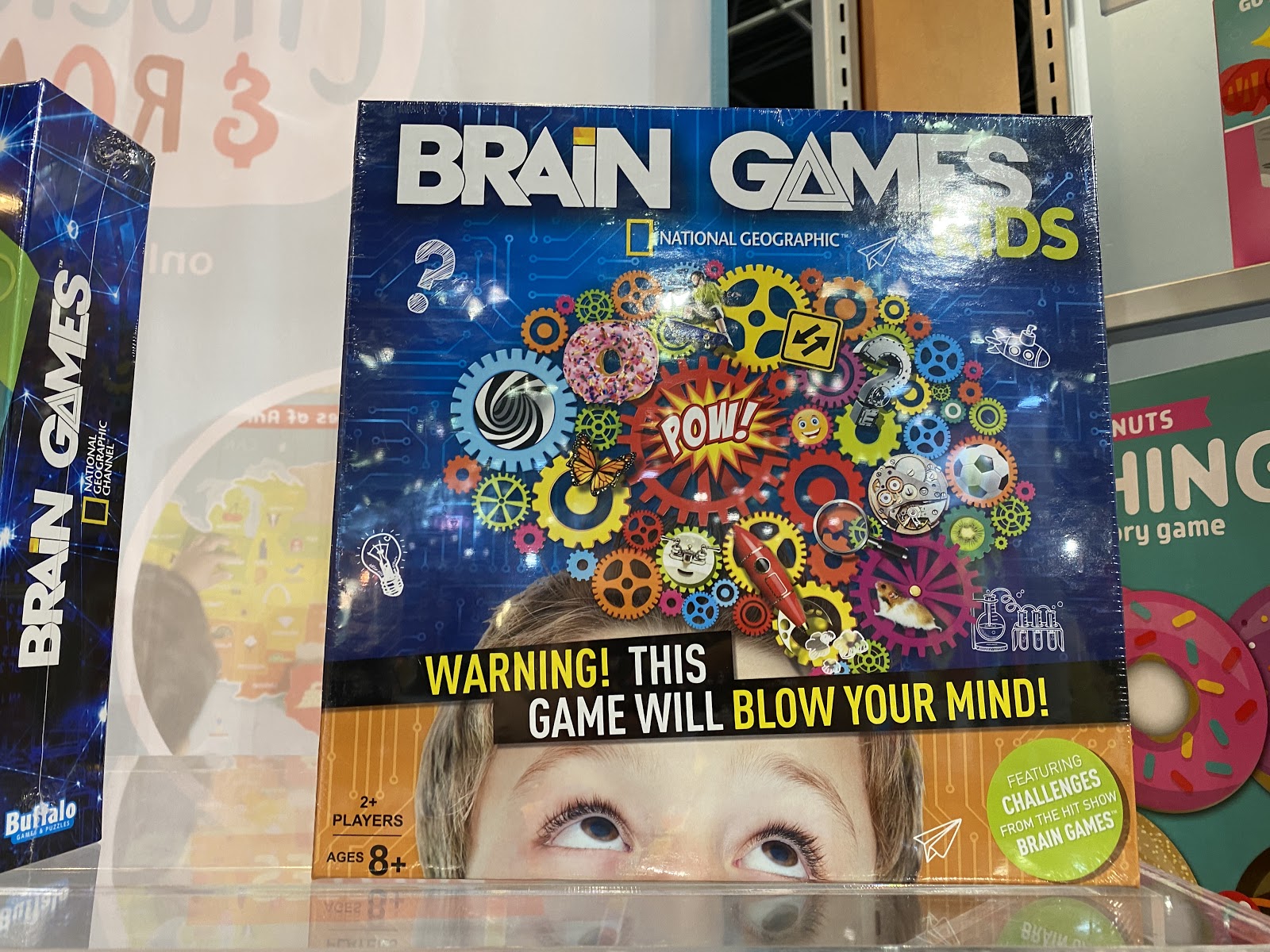 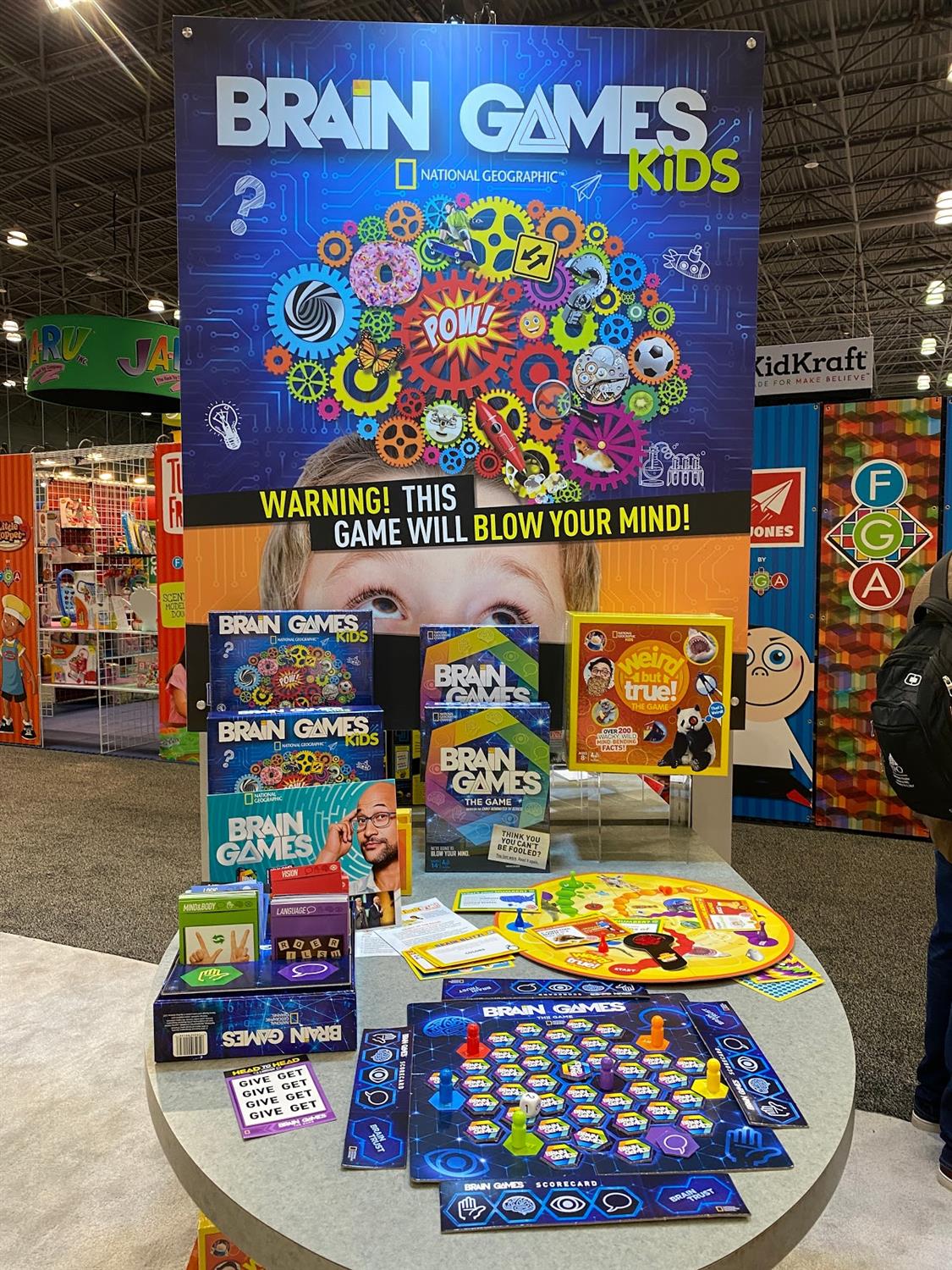 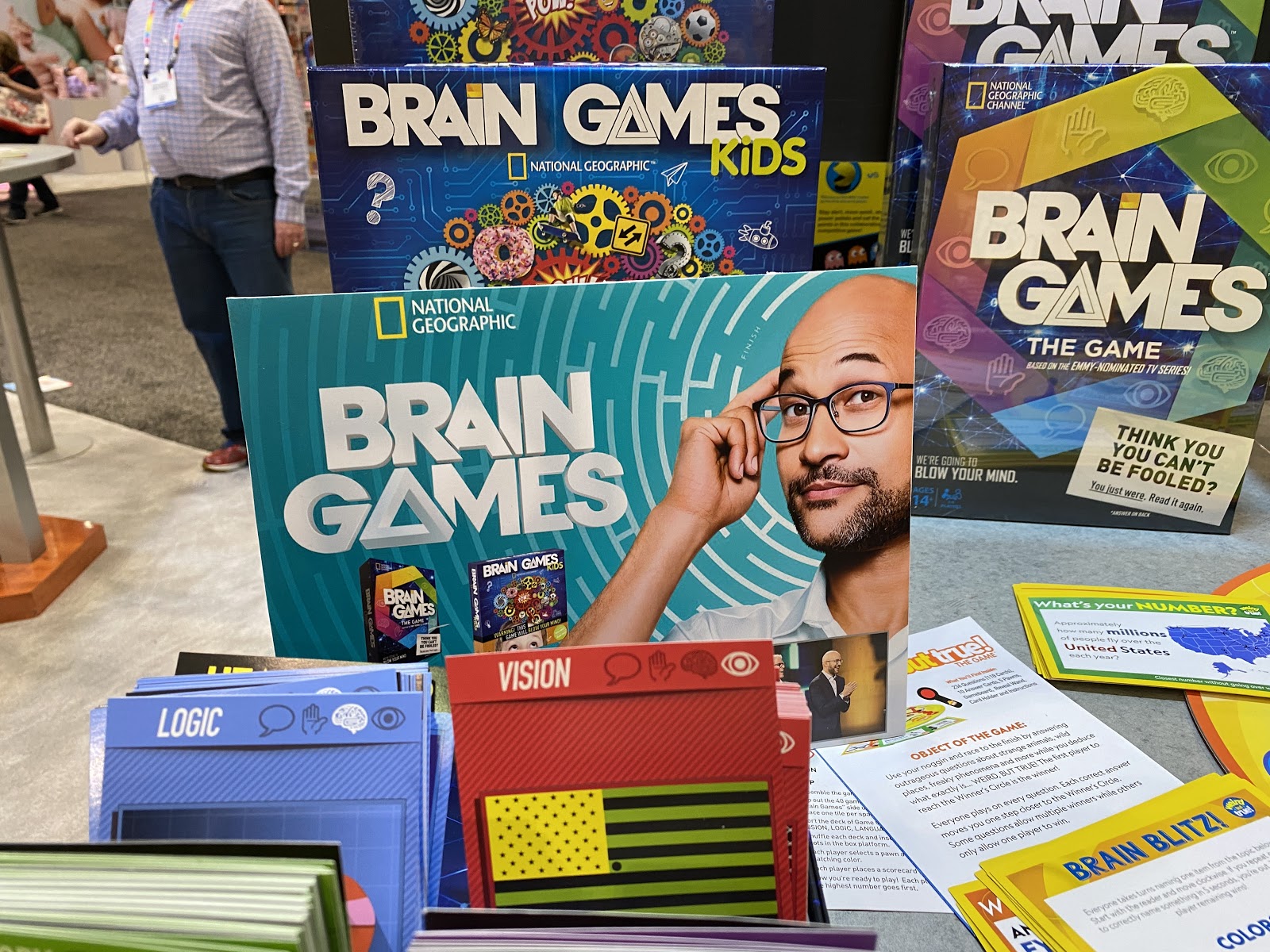 There’s a lot of fun to be had for Star Wars and National Geographic fans from Buffalo Games. From exciting family and kids games to relaxing puzzles, be on the lookout for these great products. Click here to check out the rest of our Toy Fair finds.