Very few professional athletes have transcended the games they played. Even fewer have been so good at their respective sport that they became the most famous person in the world at the peak of their careers. Michael Jordan is one of those few athletes.

This probably all sounds familiar and you might be thinking, “yeah, I know Michael Jordan was good at basketball,” but you probably know far less about his incredible Chicago Bulls and how one of the greatest teams in the history of sports was disassembled seemingly over night. That’s exactly what you get to see in the new ESPN documentary The Last Dance. The first two episodes of The Last Dance premiered tonight, providing an introduction to the 10-part series. These episodes introduce (or perhaps reintroduce) audiences to most of the parts of Bulls dynasty that dominated the NBA for most of the 1990s, including Head Coach Phil Jackson; General Manager Jerry Krause; and players like Scottie Pippen, Dennis Rodman and of course Michael Jordan.

The story kicks off with the Bulls winning their fifth championship in seven years. The team was built around the aforementioned core players, with Jordan running the show. However, there is little time for celebration after their championship as there was immediately talk of the team being disassembled with the front office having plans to rebuild for the future. There is a sense of drama established that goes far beyond the score of any game and starts not on the court, but in an office not far away.

ESPN does a pretty incredible thing with The Last Dance in that they are able to make it entertaining to those are not into basketball, while still satisfying the hardcore sports fans. The average viewer is sure to be intrigued by the relationships and developing rivalries between players and the front office or the backstories of players like Jordan and Pippen. But for basketball fans, there are plenty of unbelievable Michael Jordan highlight reels. It doesn’t matter how many times you’ve seen them, Jordan’s highlights are certainly something to watch. 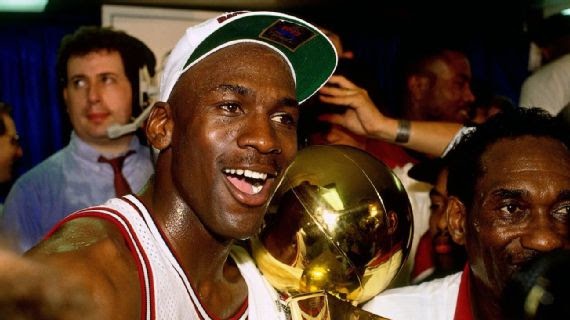 The documentary series features interviews from all kinds of people in or around the world of basketball, including players, coaches, analysts and even the families of some of the players. Not only that, but with this documentary really spanning several decades, we get to hear from these people today as well as all the way back in the 80s and 90s, giving the doc an extra sense of depth that really adds to the whole experience. I think after watching the first episode, we would all like to see some more interviews from Roy Williams.

Speaking of the amount of time this series spans, it can be a bit frustrating at times with how often it jumps around in time. You’ll find yourself getting really into the Bulls’ 97-98 season and the doc will suddenly jump back to Jordan’s rookie year or Pippen’s college career. The flashbacks provide more context for the story, but it may have been a bit smoother if it was told in chronological order. Still, it all comes together and it’s never really difficult to follow as the doc literally lays out a timeline for you to see whenever it makes a time jump. 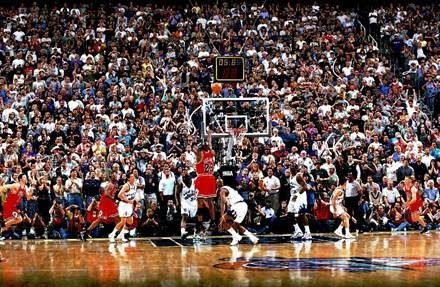 The Last Dance is captivating right from the beginning. The drama starts to build immediately and it never lets up. Even when it jumps back in time to show you Jordan’s rise to fame or when the Bulls hired Krause, you’ll find yourself invested in the lives of these people. And even when you know the outcome to a game that took place more than 30 years ago, you’ll still find yourself on the edge of your seat.

A great deal of that can of course be credited to ESPN for making a perfectly dramatic documentary that retells one of the greatest stories in the history of sports. However, some of the credit should go to Jordan, because even if you watched his whole career as it was unfolding and even if you know everything about his game, at some point your bound to think, “ok, he couldn’t have been THAT good, could he?” And as this documentary will show you again and again, he was. He was THAT good.