Have you ever felt so connected to a film that you wanted to own a piece of it? Be it an animation cel, a costume, or a movie prop, there’s a big collector’s market for one-of-a-kind treasures used in the making of films and Dan Lanigan is one of the biggest prop collectors out there. That’s why he’s such a fitting host of Prop Culture, a new Disney+ Original series premiering May 1st.

Through eight episodes, all premiering on the same day, Dan Lanigan takes viewers on an adventure to find props from Disney-owned films, spanning decades from the 1960’s to the 2010’s. Classics like Mary Poppins, Who Framed Roger Rabbit, and The Muppet Movie join fan-favorites like The Nightmare Before Christmas, Tron, Pirates of the Caribbean: The Curse of the Black Pearl, Honey I Shrunk the Kids, and The Chronicles of Narnia: the Lion, the Witch, and the Wardrobe. 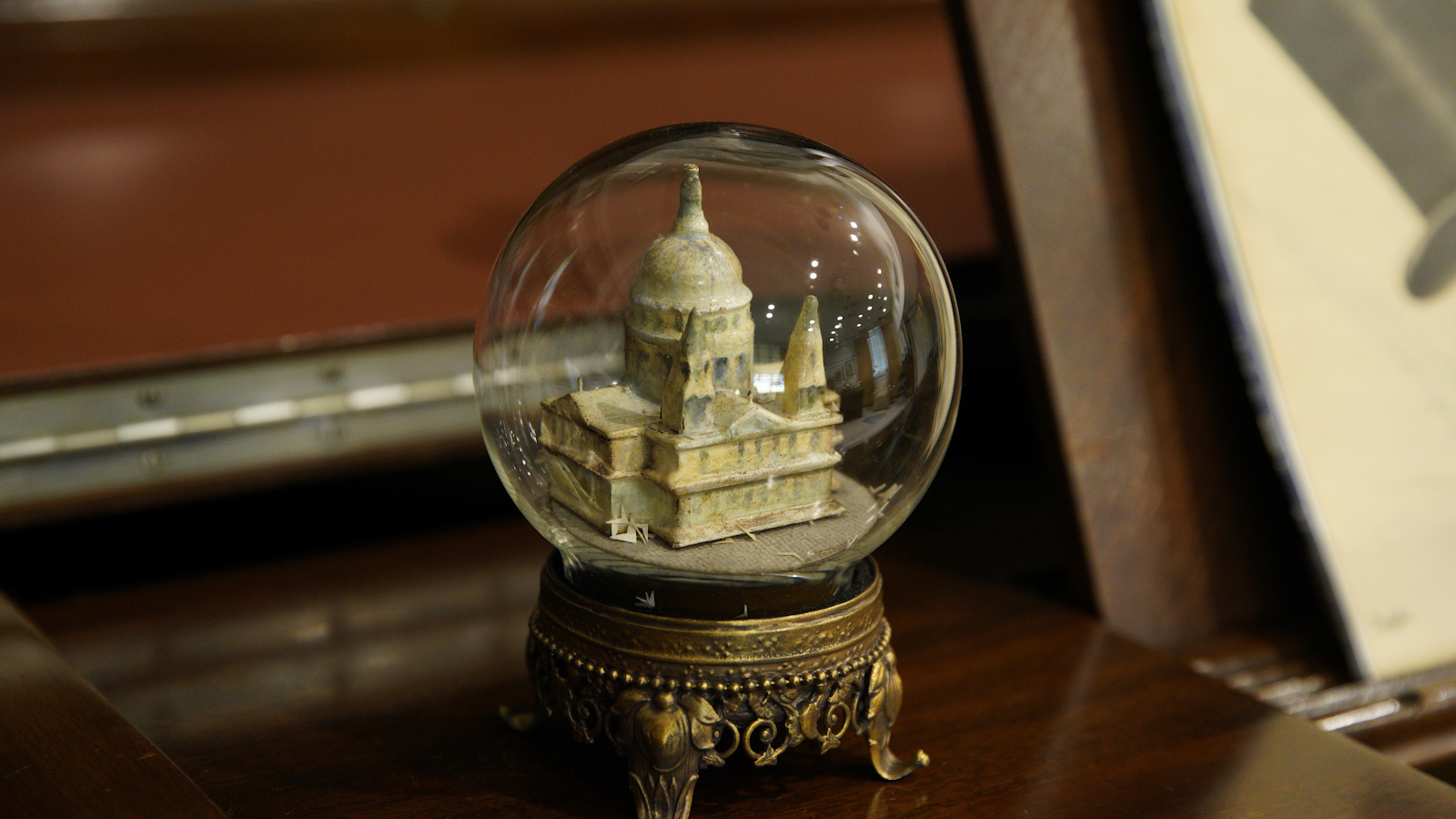 As a concept, Prop Culture sounds a little dry, like the kind of thing that would appeal to a very niche market. In reality, it’s a lively look at filmmaking through the physical remnants that remain. It’s fitting that the oldest film in the collection, Mary Poppins, is also the premiere because it shows what happens when things are lost to time. The parrot head umbrella, for example, is a missing mystery. The Walt Disney Archives doesn’t have one and no collectors have stepped forward to claim ownership over one. The story behind the “Feed the Birds” snowglobe, which was rescued from a dumpster by a Disney janitor, makes each surviving prop feel all the more special.

The show isn’t just Dan Lanigan bouncing around Southern California looking at props and costumes. He meets with the creators of these films, sometimes reuniting them with an item they haven’t seen in decades to learn the stories behind them. He also travels all over the country and beyond, including a visit to the island of St. Vincent, prominently used in the first Pirates of the Caribbean film where a lot of remnants remain.

Prop Culture is a binge-worthy show and with 30-minute episodes, it’s easy to find yourself watching them all in a short span. However, I encourage viewers to savor this series, watching each episode paired with the films. I promise, you will see them through new eyes after exploring unseen details and the story behind these “Cinema relics” (the show’s original title, which I counted at least three times throughout conversation in the series). If you’re a big Disney fan, you’ll find yourself wishing the show was longer and covered more films. Scenes filmed inside Walt Disney Archives warehouses are worth pausing to soak up everything you can see in the background. I found my jaw dropping a few times just reading labels on a crate or catching a glimpse of something I recognize from some of my favorite films or theme park attractions of yesteryear.

From helping the Walt Disney Archives restore a piece of cinema history to watching an actor get emotional while reuniting with a costume they wore as a child, there are so many heartwarming and inspiring moments throughout Prop Culture. Dan Lanigan shared his passion and enthusiasm, giving audiences a deeper appreciation for an artform that often gets overlooked. You’ll laugh, you’ll cry, and you’ll be smiling from ear-to-ear by the end of all eight episodes. Prop Culture starts streaming May 1st only on Disney+.