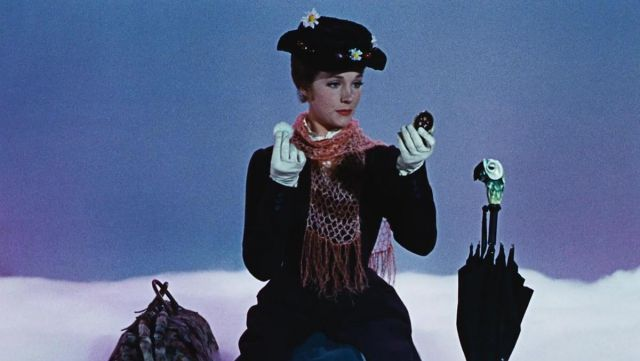 Prop collector Dan Lanigan’s Disney+ Original Series Prop Culture explores eight memorable Disney films through the props and costumes that remain. It’s an entertaining and educational look into a level of artistry that few get to see and the series’ creator took time out to talk to the media in advance of the show’s May 1st premiere, where all eight episodes will be available all at once.

“I learn about filmmaking by collecting props,” Dan Lanigan explained. “I learn the skills and… it’s allowed me to make my own films. I became a collector and then got involved in production after the fact. I started collecting as a kid, action figures, and now I’m an adult and I’m collecting props and they’re kind of my version of toys as an adult.”

With a basement full of props and artifacts from his favorite films, the series begins with a look at Walt Disney’s Mary Poppins and viewers will learn that Dan personally helped the Walt Disney Archives acquire a one-of-a-kind treasure. “I helped the archive acquire the carpet bag from Mary Poppins,” he shared about a recovery that happened nearly a decade ago. “A piece like that belongs in the archives. Even though I may want it in my collection, if they’re willing to take it, I shouldn’t have it. I mean, they had the costume…  they need the carpet bag and if I were to somehow come across an original umbrella, which the Archives doesn’t have a complete one, I would do my best to get it into the Archives because they should have it. Pieces like that should stay together because that is the character.” 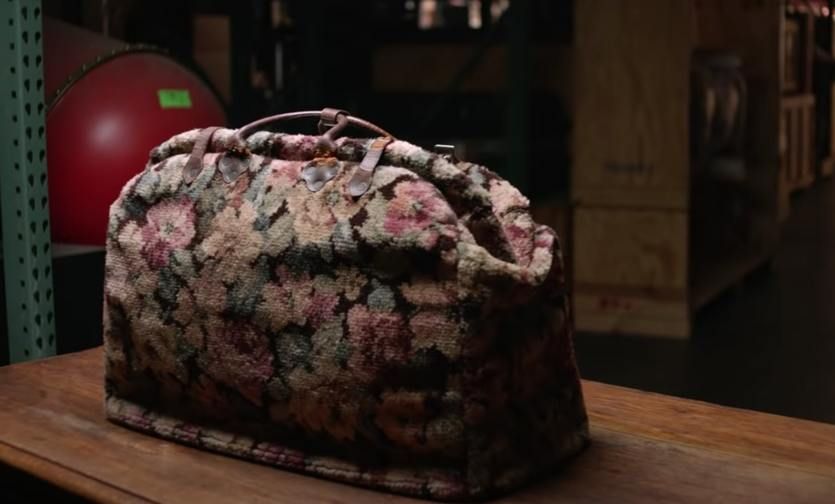 It’s surprising to learn what the Walt Disney Archives has compared to what walked away from sets and ended up in the hands of actors, directors, producers, crew, and collectors. “There are copies of the umbrella head through an original mold, but where the original umbrella is, nobody knows. Hopefully someone’s going to watch the show and can lead us to information where we can track it down or at least find out what happened to it.” The Mary Poppins episode talks about the “Feed the Birds” snowglobe, which was saved from the trash by a Disney janitor.

There was another treasure that blew Dan away during the series. “Charles Fleischer from Who Framed Roger Rabbit wore this costume on set so that he could transprojectional act his voice into the virtual Roger that Bob Hoskins was acting against.  He still has the ears – the costume ears that he wore on set, and it’s dirty and it’s filthy, but it is this moment in time of Roger Rabbit, who by a huge amount is my favorite character, I love Roger Rabbit. I think it’s such a brilliant mix of the old style, Tex Avery, Warner Brothers and Disney cartoons into one perfect character.”

Fans can dive through eight episodes when the show launches on Disney+ on May 1st and Dan shared his dream episodes if the series is picked up for another season. “I would love the opportunity to do Dragon Slayer,” he explained about a co-production with Paramount Pictures that Disney might not be able to stream. “I would love to do Raiders of the Lost Ark. Willow would be very high up on the list. The Black Hole would be very high up on the list… I’d really like to do Flight of the Navigator. Star Wars: A New Hope would be wonderful, but it’s tough. And maybe Captain America.  The Marvel and the Star Wars films, they’re the keys of the kingdom, they’re kind of the cherries of the Disney kingdom. So let’s hope they like what we’ve done with season one and maybe we’ll be able to do those.” He also added a few more titles to his dream list including Hocus Pocus, The Rocketeer, and a few 20th Century Studios productions like Home Alone, Edward Scissorhands, The Princess Bride, and Fantastic Mr. Fox. “There’s so much great stuff out there and so many amazing people that worked on these movies.” 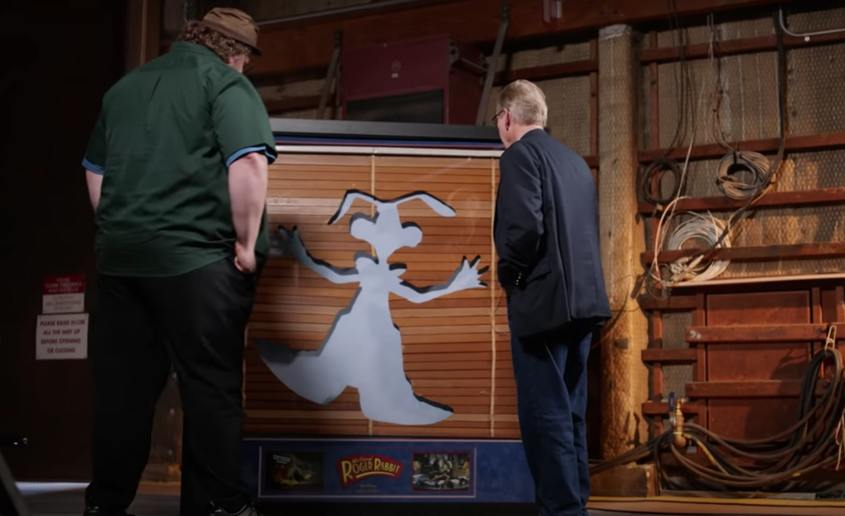 You can stream all eight episodes of Prop Culture starting May 1st only on Disney+. 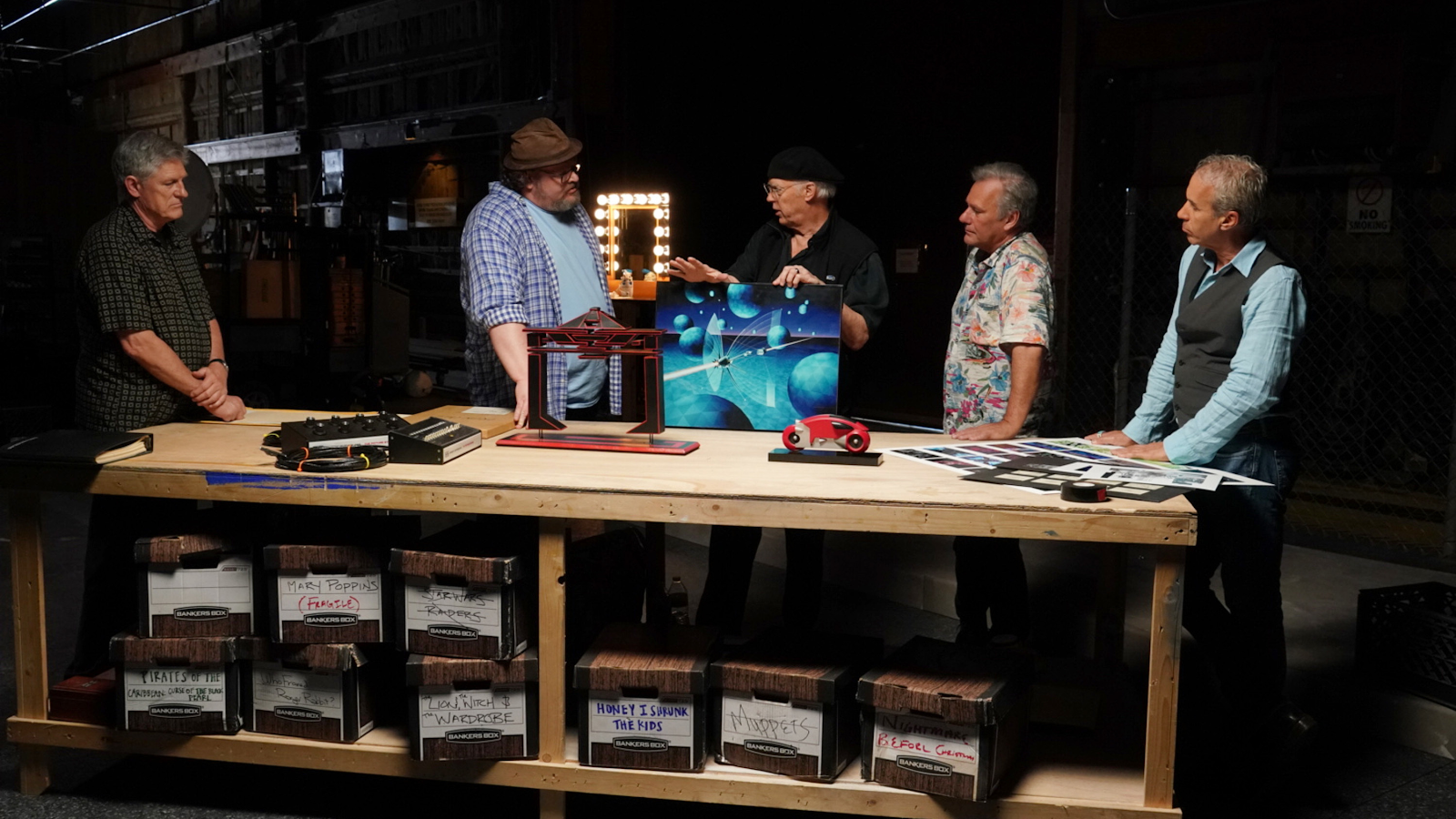