One of the big trends to come out of the current COVID-19 global pandemic is celebrities reading children’s books during the nationwide lockdown effort. One recent example has been former Saturday Night Live cast member (and voice actor for Star Wars Rebels and DuckTales) Bobby Moynihan reading Star Wars: C-3PO Does Not Like Sand!

Another book in the same children’s series from Disney and Lucasfilm Press is called Star Wars: R2-D2 is Lost!, and it’s also written by Caitlin Kennedy (Star Wars: Search Your Feelings) and illustrated by Brian Kesinger (Walking Your Octopus). This book came out a few months ago, but I thought now would be a good time to give it a quick review.

Star Wars: R2-D2 is Lost! sees the three lovable droid companions C-3PO, R2-D2, and BB-8 returning to the forest moon of Endor and reuniting with their diminutive Ewok friends. The Ewoks immediately recognize Threepio as the golden god they once worshipped and bring him back to their village on his wooden throne, but Artoo is having none of it and wanders off into the woods alone.

There, he finds a young Ewok who has gotten himself lost and the two have a number of fun adventures together in the wilderness before finding their way back to safety. Naturally considering this book’s target audience, its story is very simple and easy to follow, and probably about half its pages are free of dialogue. Most of the action consists of Artoo and the Ewok child encountering wildlife and other diversions on their path back to the village. 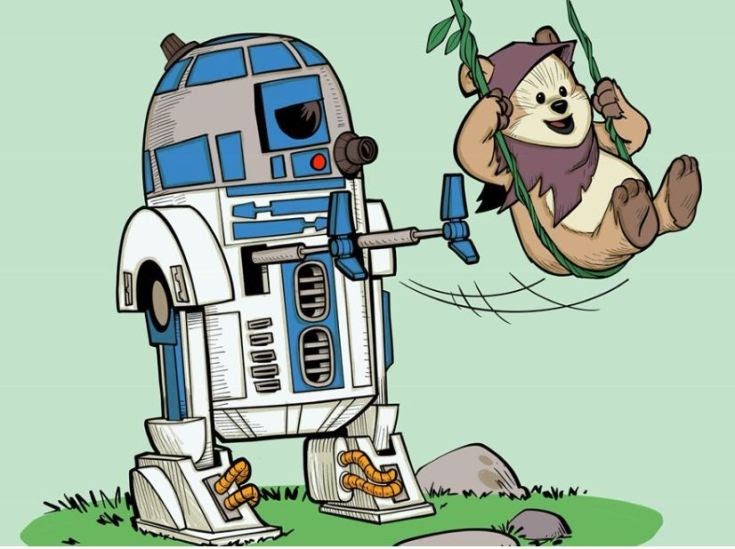 Kennedy’s story is pleasing and reassuring, though there is at least one sort-of scary moment when the travelers seek shelter in an Endorian cave during a rainstorm and come across a nest of giant spiders. Kesinger’s art, as usual, is unapologetically reminiscent of Bill Watterson’s Calvin and Hobbes comic strip, though that style lends itself well to this sort of low-stakes adventure.

Overall I would say Star Wars: R2-D2 is Lost! would make the ideal bedtime story for a budding young Star Wars fan. It has just enough familiar characters and locations to draw in those who have seen the movies, and it generates the right kind of welcoming mood for those who haven’t yet been exposed to A Galaxy Far, Far Away. 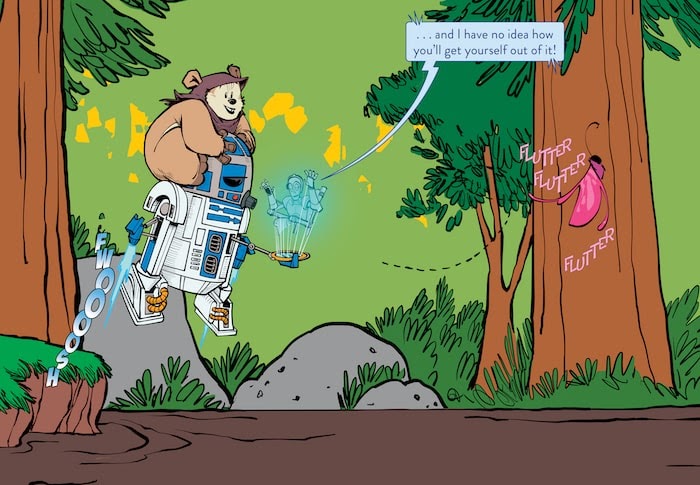 Star Wars: R2-D2 is Lost! is available now wherever books are sold.