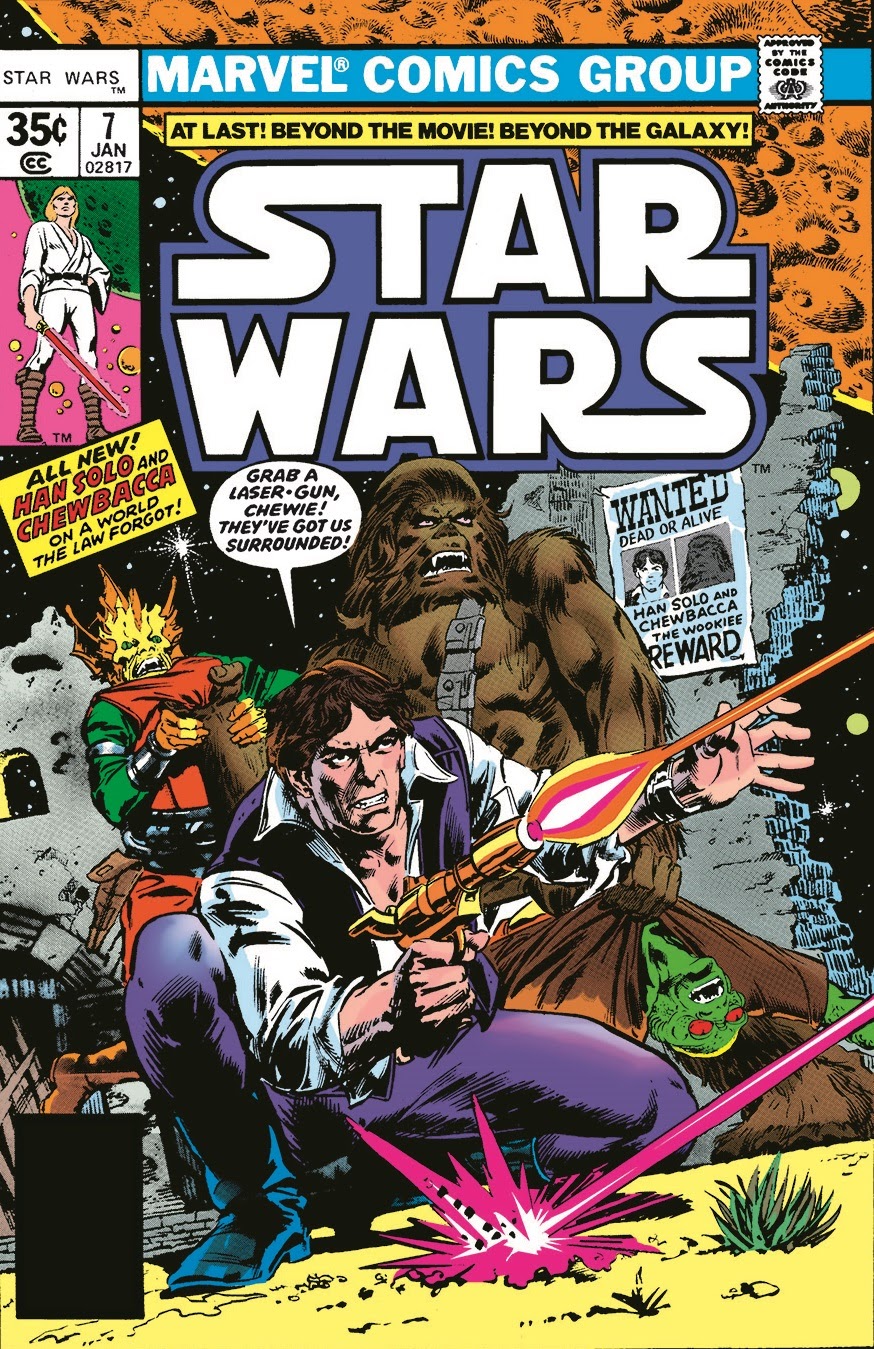 Hello and welcome to Laughing Place’s continuing weekly analysis of Marvel’s original Star Wars comic book. Issue #7 was released on October 11, 1977, and is notable in that it is the first installment to not be a direct adaptation of the Star Wars movie. For that reason it is often considered one of the first entries in the Star Wars Expanded Universe (the first part of another comic story starring Luke Skywalker and Princess Leia entitled “The Keeper’s World” was also published in Marvel’s Pizzazz magazine around the same time). Below I’ll go through the issue panel-by-panel and point out any interesting tidbits or oddities that stick out to me. 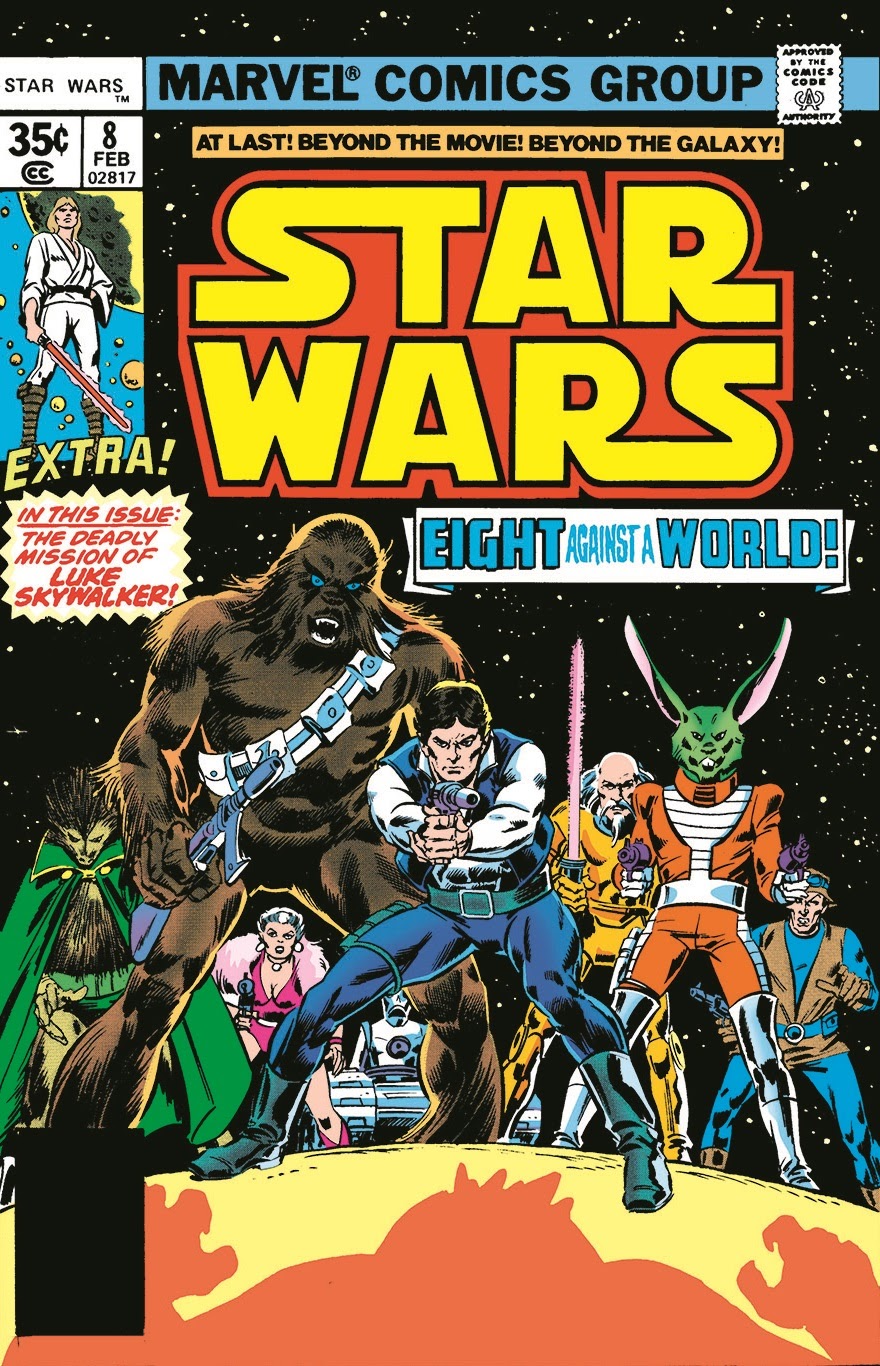