The Avengers are probably the most popular superhero team around these days and just about everyone has an idea of what the team looks like. However, over the years, the Avengers have accumulated a very long list of members and not every one of them is your typical superhero.

For example, Moon Knight has been an Avenger and he’s, well, a lunatic with multiple personalities, who hears voices in his head, worships a Moon God and kills people violently. In other words, he’s not exactly Captain America. But, while he’s been an ally to the Avengers in the past, he’s about to become a very big problem for them. 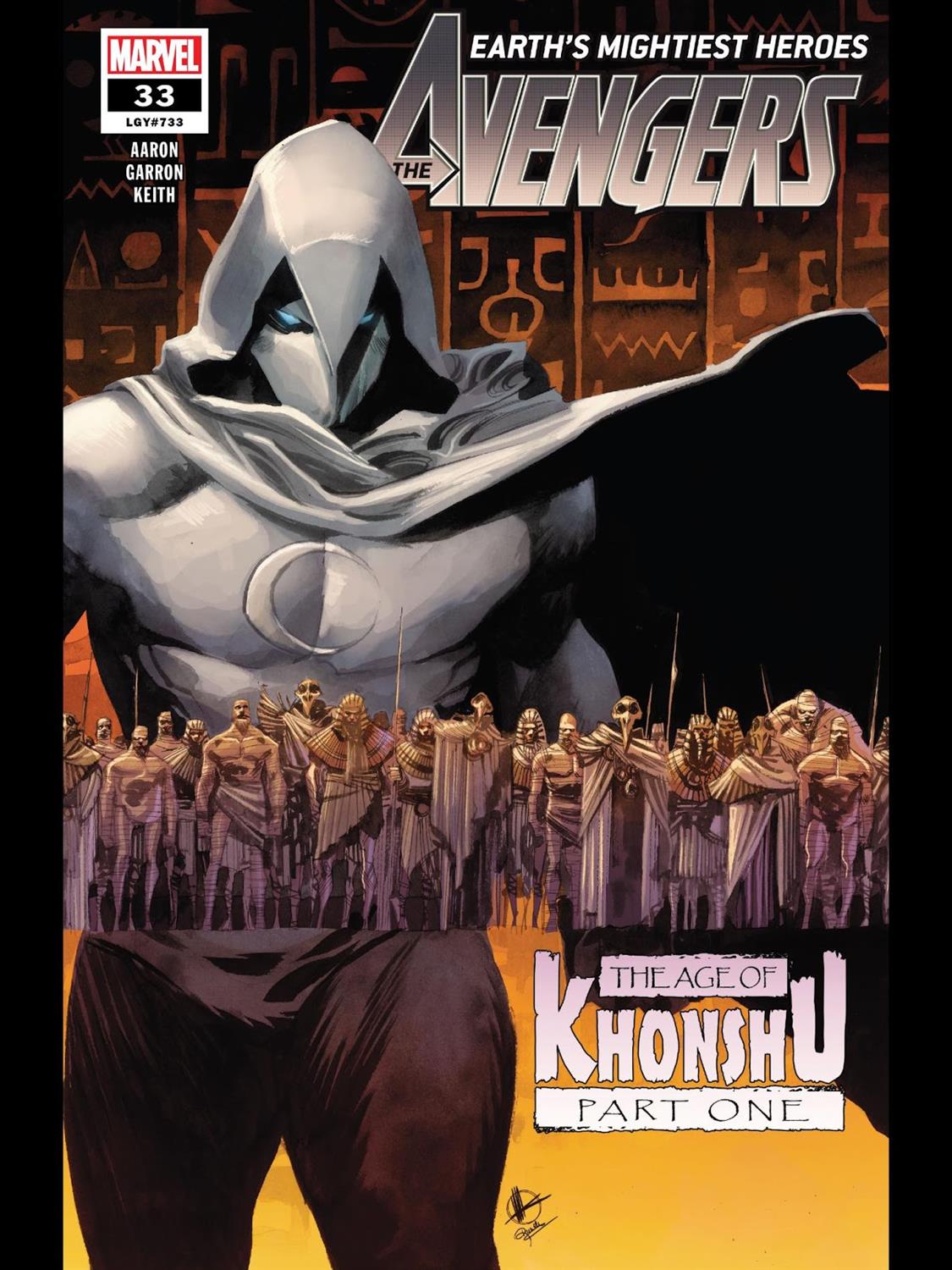 One of the first new titles Marvel has released today is “Avengers #33” which kicks off “The Age of Khonshu,” a new story arc for Moon Knight and the super team.

Nothing with Moon Knight ever seems exactly normal, but right from the beginning of this issue, you can tell something isn't quite right. The Fist of Khonshu is seen praying outside the gate of K’un-Lun before Danny Rand, known as the Iron Fist, confronts him. This isn’t your typical superhero meeting though as Moony quickly attacks him.

That sequence sets the tone for this entire issue, which sees Moon Knight attack hero after hero in an attempt to claim their powers for the Moon God Khonshu. We see him come face to face wit Doctor Strange, Black Panther and even Thor.

The rest of the Avengers are alerted of the situation, but we don’t see their response to Moony’s attacks just yet. However, it does become very clear that Moon Knight is going to be a problem for the Avengers, and by the end of the issue you can see that he will not be easily dealt with. 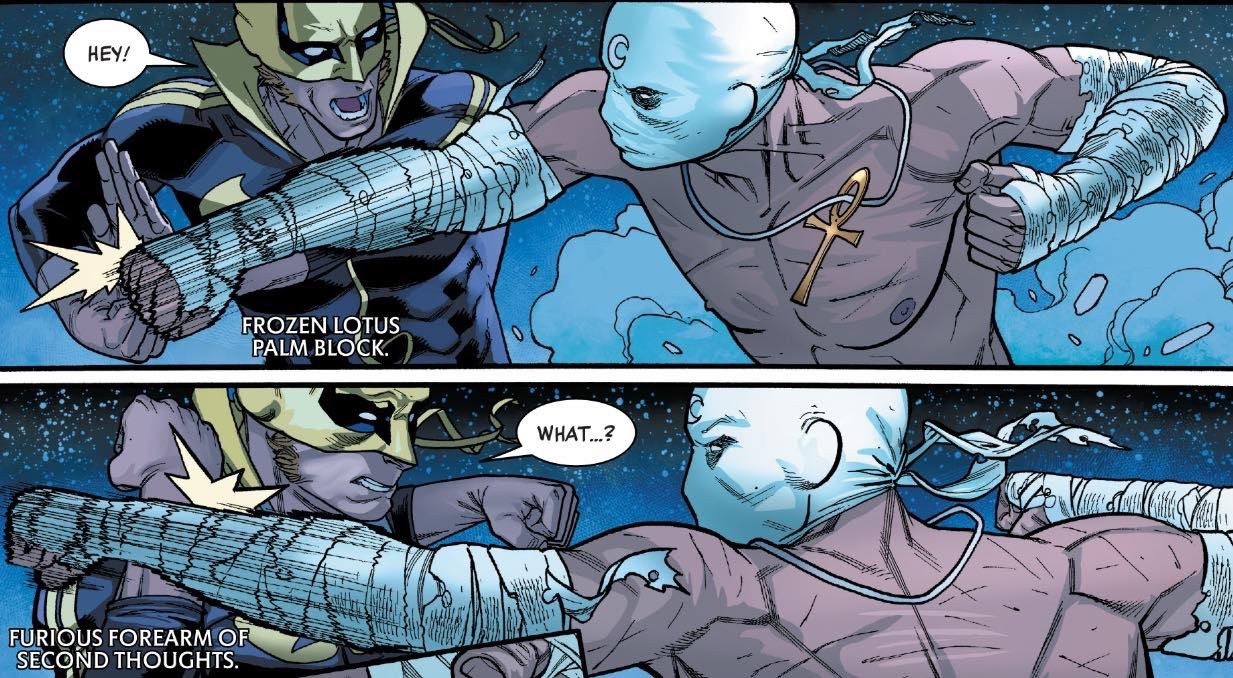 Moon Knight has always been a fascinating character. A wealthy, ex-mercenary with a personality disorder who enjoys pain and fights crime as an all-white-clad vigilante – what’s not to love? He has always had a very complicated relationship with Khonshu, who has granted him powers but also slowly torn him apart from the inside.

It appears the story arc will see a lot more of both as Moony is apparently still following the orders of the bird-like Egyptian god, and has also been granted some serious power. I mean, it’s not every day the Ghost Rider gets his care stolen. 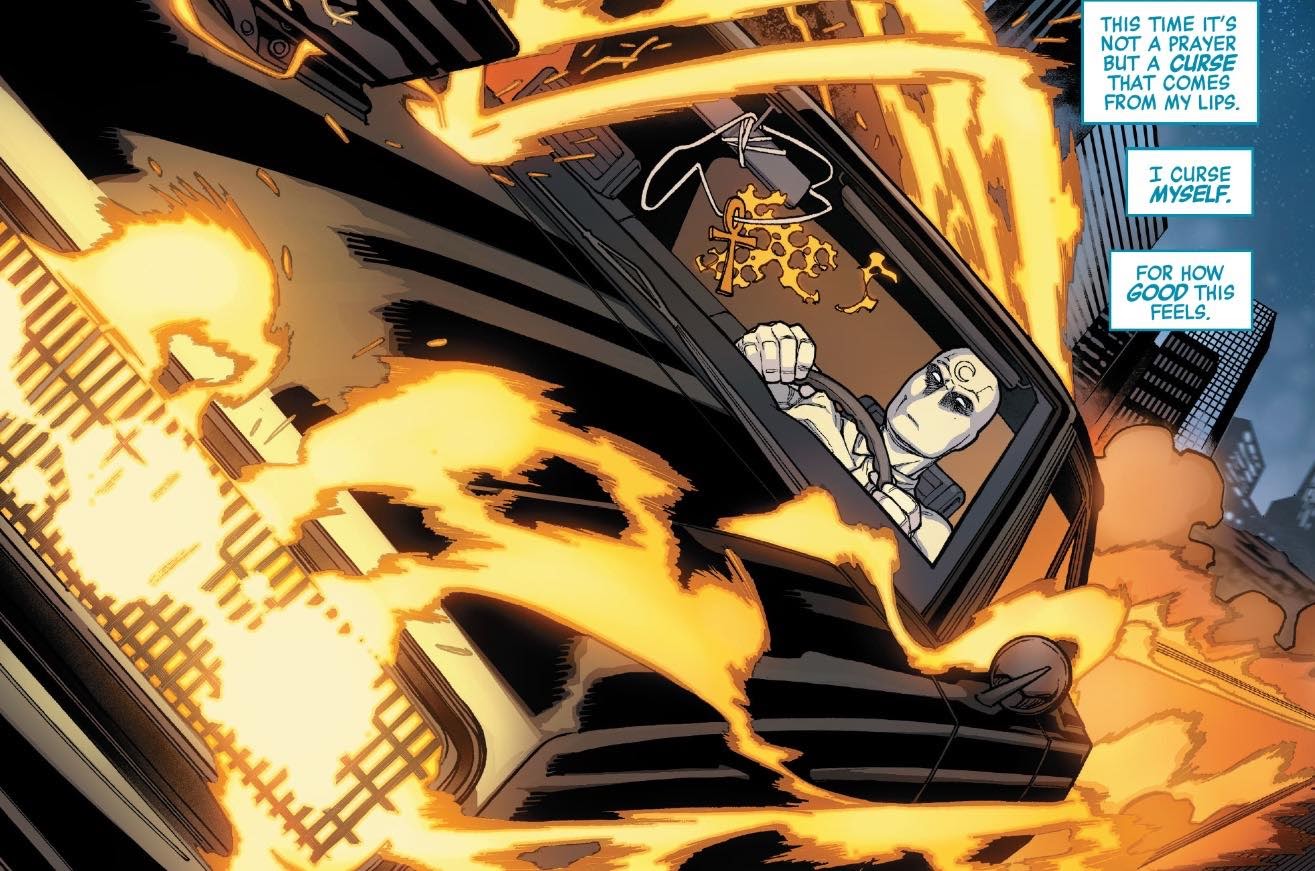 This issue is a lot of fun because we get to see some of our favorite heroes come face to face with Moon Knight, in come cases for the first time. That means we get to see a lot of fights that we don’t normally see and possibly have never seen before.

It’s also a perfect start to a new Avengers story arc. While this issue itself is fun, it sets up a much bigger story going forward. It presents the reader with the next big threat for the Avengers to deal with and does so in a way that is not typically done. Normally, we would see the heroes deal with a smaller issue before the looming big bad reveals itself in the final page. This time though, we follow that big bad the whole way – even if it is a former member of the Avengers.