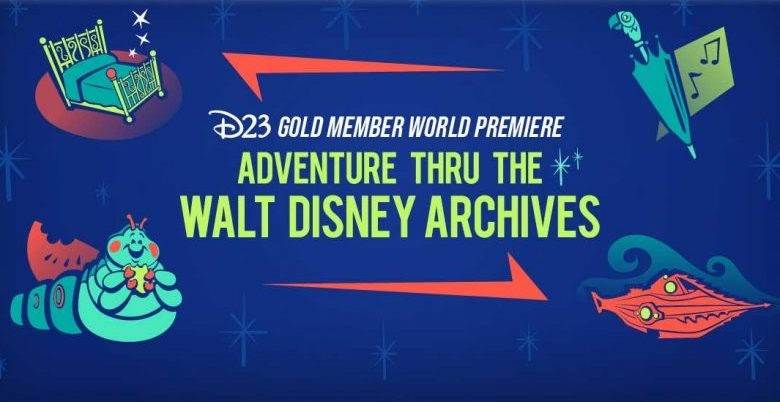 Don Hahn plays himself, a 21st century Robert Benchley-type visiting the Walt Disney Studios in Burbank, California, with the hopes of visiting the restored office of Walt Disney. Just like Benchley in The Reluctant Dragon, Don Hahn finds himself sidetracked time and time again as he meets a variety of Cast Members from the Walt Disney Archives, bringing viewers along to some rarely seen locations.

The film also includes interviews from some well-known speakers including Bob Iger, Dave Smith, Pete Docter, Leslie Iwerks, Floyd Norman, Mark Hammill , Leonard Maltin, Richard Sherman, Kathryn Beaumont, Marty Sklar, and Kurt Russell. The documentary was made recently, but some of the interviews include Disney Legends who are no longer with us that were recorded several years ago during the dedication of Walt Disney’s restored office.

There’s a little bit of overlap with the Disney+ original series Prop Culture, particularly during Don Hahn’s warehouse visit where the bulk of his visit is spent on artifacts from Mary Poppins that were also highlighted in that episode of the series. However, the rest of it is new and there are a lot of highlights. The documentary also takes Don Hahn to a rarely seen private residence previously occupied by Walt Disney where some of his most famous photos were taken, lining up areas of the home with the places he stood. It ties it all back to Walt Disney the person and it’s a very special moment.

Highlighting how exhaustive the Walt Disney Archives is, the film also showcases a few of the assets that were obtained with the Fox acquisition. This includes costumes from films like Moulin Rouge and Edward Scissorhands as well as promotional materials from films like Alien 3. But fans shouldn’t worry about being overwhelmed by items they don’t have much affinity for. Some incredible Disney assets shown include the jeweled book from the opening of Sleeping Beauty, the contract that founded The Walt Disney Company, never-before-seen behind-the-scenes images from The Parent Trap, and maquettes of Jiminy Cricket used to help animators on Pinocchio.

The film had a special one-day premiere on June 27th for D23 Gold Members who had to RSVP in advance. D23 hasn’t shared when or where the film will be available next, but I highly recommend that Disney fans keep an ear out. This is a must-see experience for anyone who loves Disney history.

I give Adventure Thru the Walt Disney Archives 5 out of 5 Disney Legend handprints in Legends Plaza.