National Geographic’s eighth annual SharkFest kicks off, or swims off, on Sunday, July 19th, with the premiere of a brand-new special. Is Kamakai, an unusually long and wide tiger shark, the World’s Biggest Tiger Shark? You’ll have to tune in to find out. 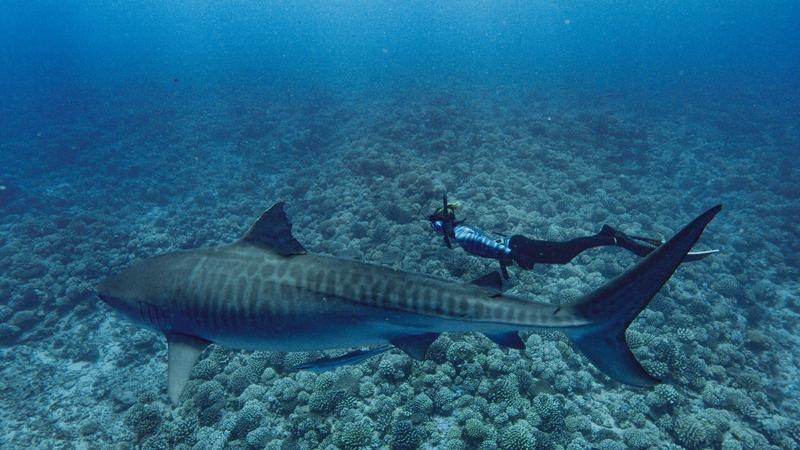 The special follows two marine biologists on an expedition to answer the title’s question. Kori Garza is the one who discovered Kamakai in French Polynesia, estimating the giant tiger shark to be between sixteen and eighteen feet. The longest tiger shark on record was fifteen feet long, but the team will need to be properly measured in order to prove her size.

With Tiger Sharks in the region capable of swimming long distances, Kori teams up with Andy Casagrande to help explore the region in search of Kamakai. Shark dorsal fins are like a fingerprint, unique to each shark with a database to match fins to. But while out in the field, they end up coming across an unexpected tiger shark phenomenon and catch it on film for the first time.

The danger of swimming with predatory sharks that will eat anything that moves becomes a big part of World’s Biggest Tiger Shark? Kori and Andy get themselves into a few tricky situations as they swim in shark infested waters on “Free dives” without the aid of noisy scuba gear that scare the sharks away. You’ve heard of hitting a shark on the nose to disarm them, but they use a different technique to try to redirect them to continue their research. It’s incredible, jaw-dropping, and unnerving all at once. 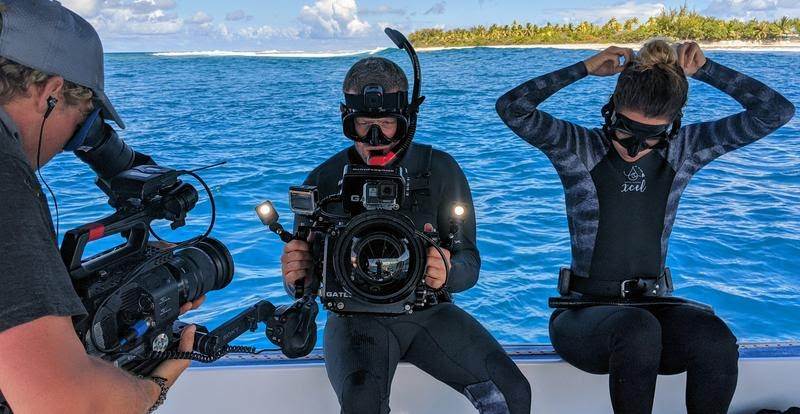 From underwater drones and a 360 degree camera to body and dorsal cams, the footage in World’s Biggest Tiger Shark? is truly incredible. This special features multiple heart pounding moments, exactly the kind of excitement you came to see during SharkFest. It’s entertaining, educational, and just plain awesome.

I give World’s Biggest Tiger Shark? 4 out of 5 tiger striped wetsuits.