The longest war on earth isn’t between neighboring countries fighting over a shared border. It’s between two ocean predators, and it’s been going on for over two million years. National Geographic’s Sharks vs. Dolphins: Blood Battle keeps the excitement of SharkFest going with the ultimate head-to-head contest that will never produce a victor. 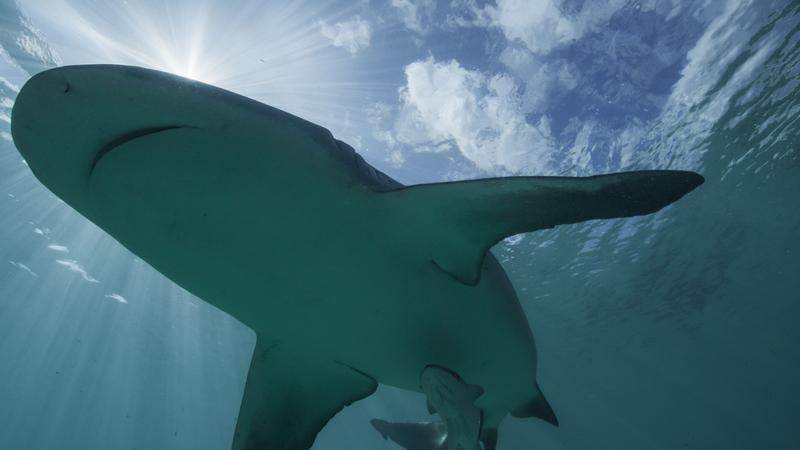 Welcome to Shark Bay, Australia, an area named for its overabundance of predatory fish, but also home to many dolphins. In these coastal waters, around 70% of dolphins all show battle scars from dealing with sharks, but witnessing an attack is rare. Marine Biologist Frances Farabaugh is on a quest to learn more about how these two ocean hunters go into battle. Pitting super senses against each other, it’s electroreceptors vs. echolocation.

This hour-long special might clear up some viewers misconceptions about dolphins and to a lesser extent, sharks. We tend to think of dolphins as overly friendly, playful and cute, and they certainly are all of those things. But just like sharks, they’re also predators. They are even known to eat shark parts, as is the case with a pod of Orcas (Killer whales belong to the dolphin family) who take down a shark, dissect it for the parts they enjoy, and leave the rest for the fishies.

A fin camera similar to the ones used in World’s Greatest Tiger Shark? are part of the research plan, but Frances needs to get her hands on a shark before she and her team can mount one. The heart-pounding excitement as they hook a tiger shark and try to mount the camera is exactly the kind of excitement you want out of SharkFest. And don’t worry, the cameras are noninvasive with a timed release, which means Frances and her crew have their work cut out for them trying to get the cameras back to retrieve the footage. 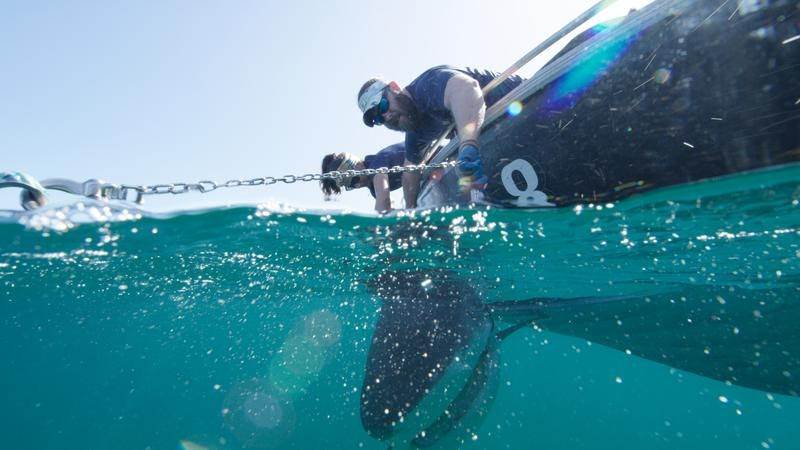 As you would expect from the title, Sharks vs. Dolphins: Blood Battle includes some truly incredible and sometimes gruesome footage of sharks and dolphins going head-to-head. There are unforgettable stories, like a pod of dolphins saving a snorkeler from some approaching tiger sharks and footage of a stray dolphin snuck up on by a great white shark. It’s the “Circle of Life” underwater and its as thrilling as the title suggests.

I give Sharks vs. Dolphins: Blood Battle 5 out of 5 dolphins protecting a human from a shark.