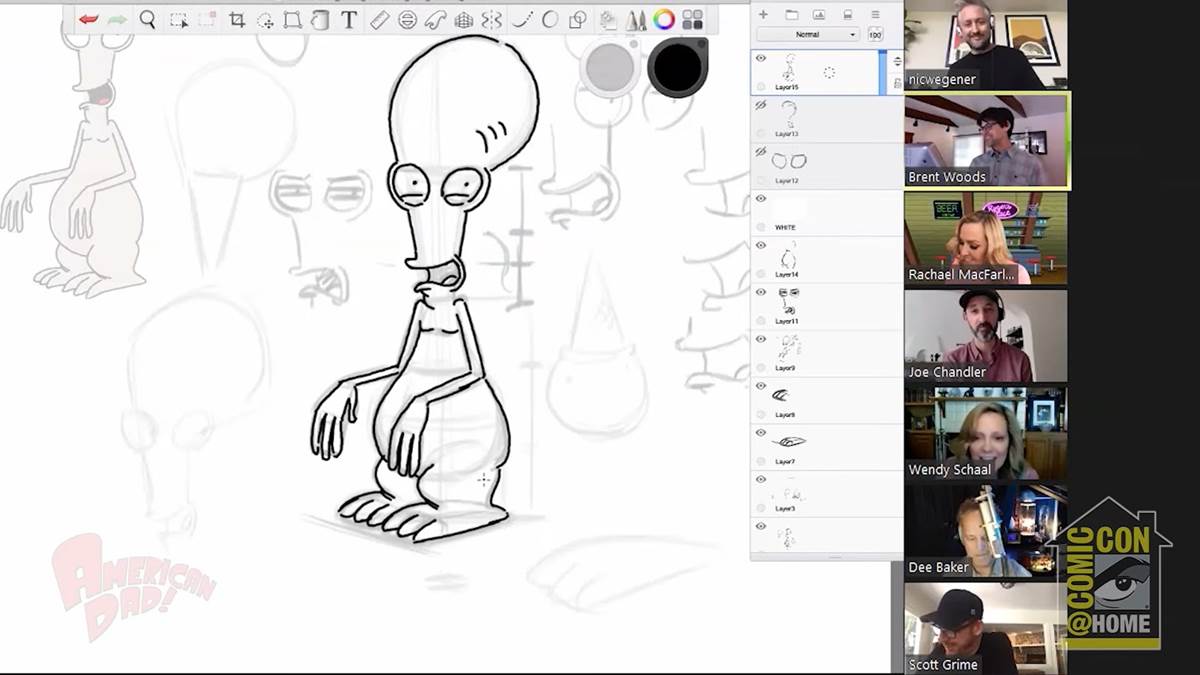 This afternoon’s panel for TBS’s American Dad! (distributed by the now-Disney-owned 20th Television) was mostly spent teaching its participants and the audience how to draw the character of Roger, but it also brought together voice actors Dee Bradley Baker (Klaus), Wendy Schaal (Francine Smith), Rachael MacFarlane (Hayley Smith), and Scott Grimes (Steve Smith) alongside supervising director Brent Woods and co-executive producers Nic Wegener and Joe Chandler to discuss the long-running animated sitcom. In the bullet-point list below I’ve collected some of the more interesting tidbits to come out of this conversation. American Dad! is currently in its 16th season and airs on TBS.