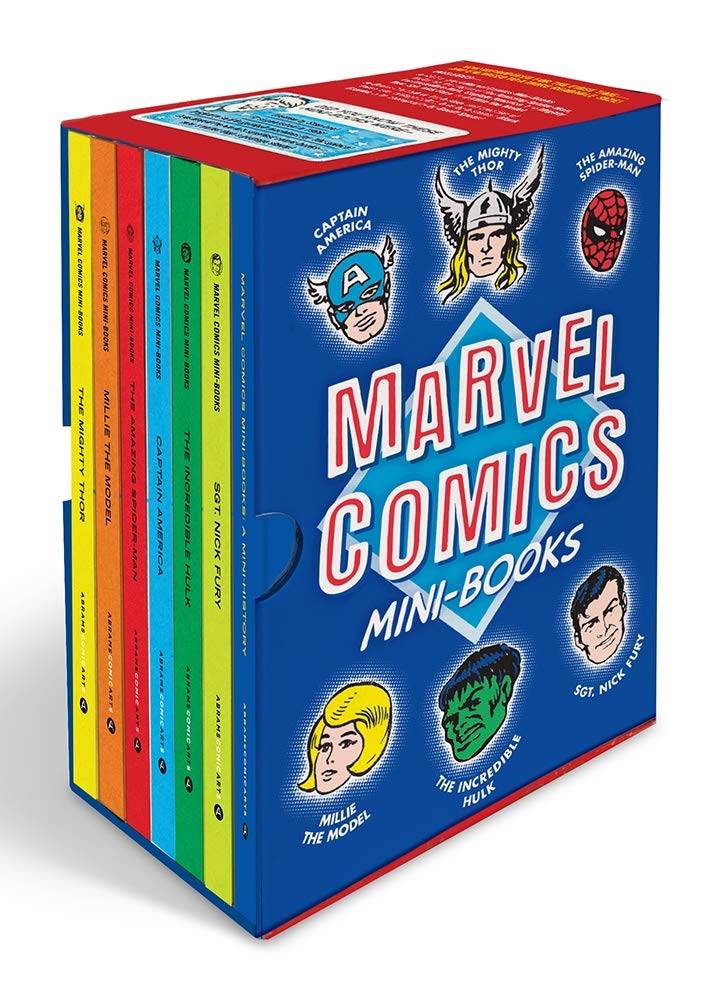 The biggest fans and collectors of Marvel Comics likely don’t own a Marvel Mini-Book. These rare vending machine micro-comics from 1966 weren’t easy to get back then when the asking price was between ten and twenty-five cents and now, just one will set you back about $100. But for the comparatively low price of $29.99, Abrams ComicArts presents all six Marvel Comics Mini-Books in an enlarged, easier to read format, plus a bonus book recounting the history of the release and recreating all of the pages in their original size. It’s basically like stepping into a time machine and securing your own copy of each of these rare books.

The six books in this release are as follows:

In terms of the stories within each book, two of them are essentially joke books (Hulk and Spider-Man). The others tell a short story about the titular character and could easily serve as an entry point to their larger comic series. Each book contains a disclaimer at the end that the works are a reflection of the time in which they were originally published. The only one, however, that is truly problematic by today’s standards is Millie the Model, which talks to girls about the importance of looking their best.

Speaking of the writers, they are uncredited in each book and the Mini-History bonus book by Mark Evanier is a fascinating read. He shares his own frustrations as a child trying to get his hands on all six books, but also does his research trying to discover the true authors behind the series. Personally, I recommend reading this book first before tackling the six.

The original Marvel Comics Mini-Books were each printed in six different colors. Abrams has smartly chosen one color for each book and picked the one that most closely matches their style (Red for Spider-Man, Green for Hulk, etc…). Each hardcover mini-book is collected inside a handsome chipboard box, one side of which recreates the gumball machine esthetic to help recreate the original 1966.

Reading the Marvel Comics Mini-Books collection from Abrams ComicArts was like stepping inside a time machine to experience a rare bit of Marvel history. Whether picking this up fulfills a lifelong dream of owning these rare treasures or you’re just discovering them, you’re guaranteed to enjoy this nostalgia-filled excursion back in time. Excelsior!