Rebel Rose revisits one of the most famous periods in French history, combining it with Disney storytelling in a way never seen before. It is not simply a dreamed-up sequel to Beauty and the Beast, but a thoughtful, well-researched, historical fiction infused with Disney magic.

It is not often that my two passions – Disney and 18th-century French history – come together, but when they do, an almost inarticulate excitement ensues. Thankfully, Emma Theriault’s Rebel Rose did not disappoint and I happily pulled my words together enough to write of my sincere fondness for this wonderful book. What is Rebel Rose About?

Rebel Rose is based on Disney’s Beauty and the Beast. Belle and Lio have broken the spell that ensnared Lio and his castle, and they are now met with the onset of the French Revolution. If that is not enough, while attempting to balance duty, love and a mysterious magic, Belle is confronted with many personal – and political – twists and turns.

An uneasy tension is borne of Belle and Lio’s happily ever after. Despite her marriage to the prince of Aveyon, Belle refuses to take a royal title. In her view, a crown will not help her kingdom – she can do just as much, if not more, for her people simply as Belle. She is also wary of Lio’s cousin, the self-assured yet enigmatic Bastien, duc de Vincennes. How far will Belle go to discover where she belongs while fighting for a voice for all those in her kingdom? 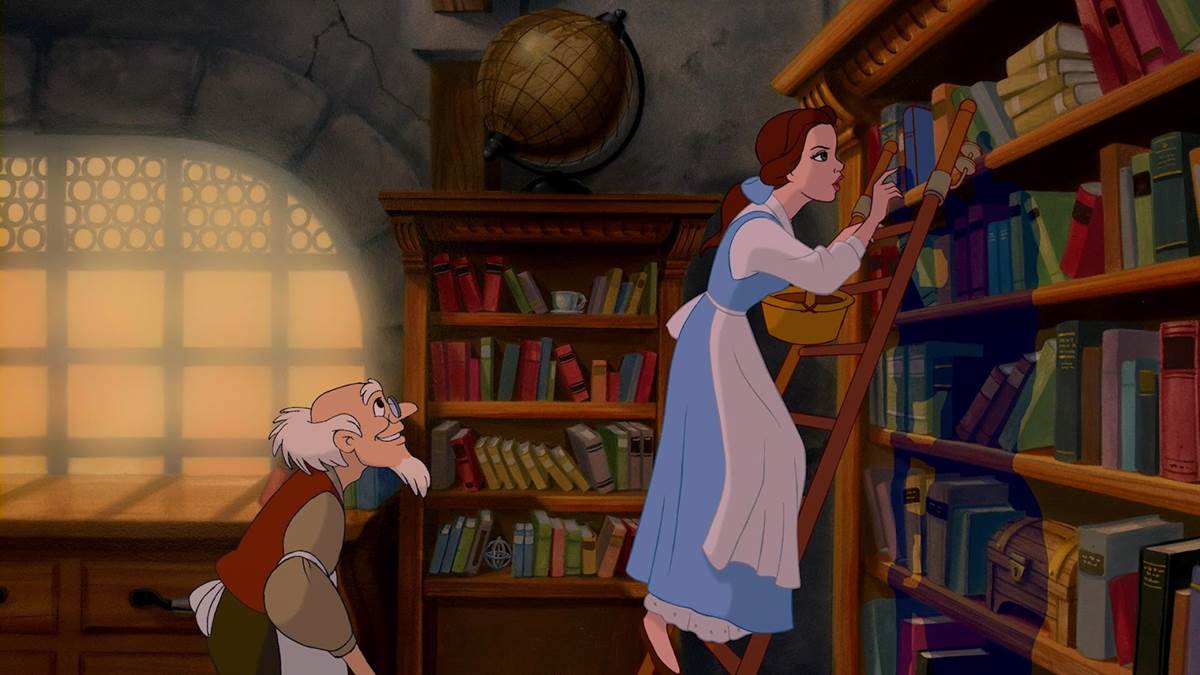 The Story Lifts the Curtain on ‘Happily Ever After’

Besides the marriage of my two favorite topics, I love that this book lifts the curtain on ‘happily ever after’ and confronts some tough issues. Belle may be married to the man of her dreams, but what are the consequences of her choosing Lio? What has she sacrificed? What has she gained? There is an honesty to the story, its protagonist and its characters that delves into issues the classic tale-as-old-as-time either ended on or glossed over.

Theriault lays bare the insecurities in Belle, Lio and their relationship. While some of us may be able to relate to an extent, we cannot begin to imagine what living in a cursed castle for ten years might do to one’s psyche, nor what it is like having been our now-husband’s once-upon-a-time prisoner. It is heavy stuff.

The following great passage sums up some of the internal challenges and conflicting allegiances Belle now faces:

It had all seemed so simple after they broke the curse, when everything felt like a fairy tale. Back then, Belle would have said that their love would be enough to weather them through any storm, and she still believed it. But she hadn’t anticipated that the storms would grow and multiply, or that she would find herself adrift, unsure what side of the battle line she should stand upon.

Belle and Lio are also confronted with another kind of beast – Versailles. Described as “an intricate beast of protocol and etiquette,” Belle encourages Lio to meet with King Louis accompanied by Bastien, leaving her to explore Paris. Belle’s fierce independence is illustrated throughout the story which provides a welcome consistency to the classic Belle from Disney’s film that we know and love. No titles or fine clothing would change her. Nor would she be swayed by judgmental townsfolk or an even more judgmental “immensely rich and disturbingly aloof” powdered Parisian bourgeoise. Belle sets out to confront curiosities and concerns to a large extent on her own. This resourcefulness and ‘oddness’ will please fan past and present. (Look there she goes the girl is strange but special.) 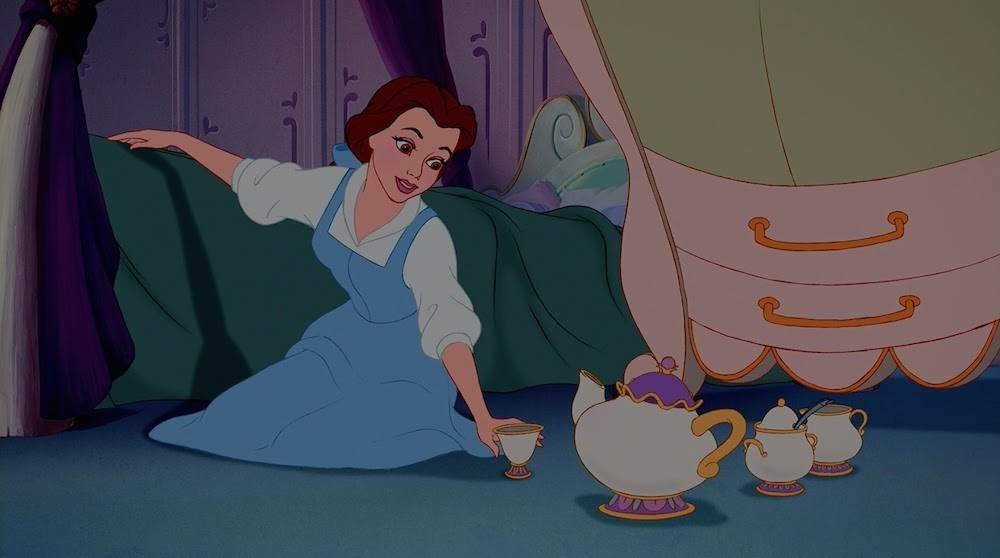 An Illuminating History Combined with Disney Storytelling Like Never Before

Theriault’s original characters in this story are such a delight. Mademoiselle Marguerite de Lambriquet is to Belle what the Duchesse de Polignac was to Marie Antoinette. Not in a frivolous, party-loving way, but in more of a commanding, persevering female presence kind of way. Marguerite is Belle’s ally in a man’s world and is also someone who Belle envies in many ways. There is a grass-is-greener-on-the-other-side conundrum at play between Belle and Marguerite which is expressly explored in the book, and a welcome addition to each character’s development.

Similarly, there are some touching, honest exchanges between Belle and Mrs. Potts. “I’m not sure if any of us will ever fully heal, love. We’ve all got our cracks and tears, but we learn to live with them. I’d wager it's like that for anyone who has seen trauma.” Given how Belle confided in Mrs. Potts in the Disney film – when Mrs. Potts brought tea to Belle’s room shortly after being imprisoned by the Beast, and Mrs. Potts’ enthusiasm to feed Belle (“Hear that? She's hungry. Stoke the fire, break out the silver, wake the china”) – these sorts of heart-to-heart conversations in Rebel Rose rekindle the reader’s love for Beauty and the Beast and its characters while drawing the reader deeper into post-spell turmoil and triumphs.

For the history buffs, there are countless name drops in all the right places throughout the story. In addition to the obvious ill-fated King and Queen of France, Louis XVI and Marie Antoinette (for no French Revolution story would be complete without them), many other famous names appear among this book’s transporting pages.

Belle reflects on her time reading the works of Jean-Jacques Rousseau, Émilie du Châtelet, and Nicolas de Condorcet. She dreams of attending salons in Paris frequented by the likes of Olympe de Gouges and Madame de Montesson. She witnesses the very real, very violent, death of the Marquis de Launay before his head is fixed on a pike and paraded through the streets. Perhaps one of the lesser known names but one of my favorite name drops is the outspoken Rose Bertin, dressmaker to Marie Antoinette and also to Theriault’s Marguerite. These and other characters prove that the author did her homework, but more importantly, they immerse the reader and Disney’s characters in pre-revolutionary France.

Another wonderful touch is Bastien’s title as the duc de Vincennes. While to my knowledge there is no such historically renowned duc, the Château de Vincennes is certainly a real fortress that still stands today. While the character of Bastien may have been influenced by a great number of personalities, he was also influenced by the Château itself which played a small part in the French Revolution. 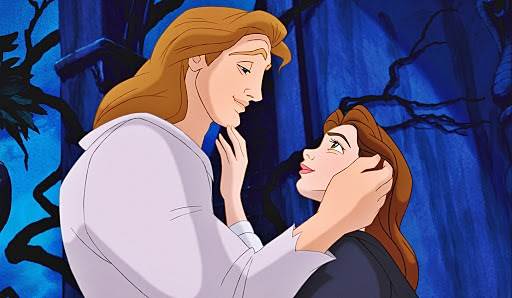 References to Beauty and The Beast

Besides the characters themselves, there are some lovely nods to the film without being tiresome or over-explanatory. Belle often revisits the night the spell was broken in her memory, not only the Beast’s transformation but also the villagers’ frightful response to Gaston’s call to action to kill the Beast, as well as Gaston’s death. The magic mirror the Beast gifts to Belle arguably plays an even more active role in Rebel Rose than it does in the film. One scene sees Belle return to the library in her hometown of Plesance, where she visits with Monsieur Renard to research Aveyon’s laws and customs. All references give fans a warm-fuzzy feel while cleverly adding depth to the new tale.

The things I liked about Rebel Rose tremendously outweigh those which I did not like. There are a few things that, in my view, missed the mark which are worth noting.

I am not a fan of the book’s title or its cover. Belle’s role is much more complicated than simply being a ‘rebel’ and she is not once referred to as such in the book. The cover similarly is uninspiring and misses the opportunity to convey the powerhouse of intrigue, history and magic that it really is. While one should not ‘judge a book by its cover’, based on the cover and title I would not be drawn to pick up Rebel Rose, which means I would be missing out on one of my favorite reads.

I also felt that there was no warmth to Cogsworth’s character. Yes, he is a stickler for protocol and the ‘straight man’ to Lumiere’s ‘funny man’, but he comes across as stiff and under-developed, unlike Lumiere who is given the opportunity to travel with Belle and Lio to Paris and meaningfully interact with the new characters. While his role is relatively small, the repetitive reminders of his unshakable formality neither carried the story forward nor bolstered his character development. But this is me being nit-picky.

These examples and many more aspects of this book paint an intriguing picture of a remarkable period in history alongside what happens after happily ever after. Rebel Rose sets a high standard for the other books in the Queen’s Council series to follow while inviting them to be as clever and creative as Theriault has been with Belle’s story.

I conclude with another of my favorite passages from the book, and encourage you to embark on the adventure that awaits you when Rebel Rose is released on November 10, 2020:

Belle had come a long way from her desire to leave Aveyon behind forever in search of adventure like those she had read about in her books. Now she understood that adventure didn’t have to mean chasing endless horizons. Adventure could be gathering brilliant minds… so they could challenge her. Adventure could mean traveling to every corner of the kingdom and meeting people from all walks of life in order to learn from them. Adventure could be working to make her kingdom a better place for everyone in it, with the man she loved by her side.