The UFC kicks off a packed slate of October events tonight with UFC Fight Night: Holm vs. Aldana on ESPN+. The event will emanate from UFC Fight Island and feature some of the sport’s top female fighters.

The women’s bantamweight division is stacked with talent, topped by arguably the greatest female fighter in UFC history – Amanda Nunes. Tonight though, four fighters will look to climb the rankings for a shot at the champ. Meanwhile, two up-and-coming heavyweights will look to get back in the win column.

Let’s take a closer look at those fights:

This card is truly unique in that it sets up almost as a tournament to find Nunes’ next challenger. De Randamie is the top-ranked contender in the bantamweight division and one of the most talented female fighters in the sport’s young history. In fact, of her four losses, two of them have come against Nunes, including her most recent bout in December. There is no shame in losing to the greatest of all-time and de Randamie is sure to be chomping at the bit to get another shot at the champ.

Across the cage, Pena is looking to move up from her fourth spot in the rankings for an eventual title shot. Pena is as well-rounded as mathematically possible, with three wins by knockout, three by submission and three by decision. Coincidentally, she has also suffered one loss in each category. This is a very interesting bout between two fighters with a lot to gain.

Two of the sport’s heaviest hitters will step into the octagon as they look to crack into the top 10 of their class. While both men are coming off of a loss, they still both boast impressive records. De Castro’s May decision loss to Greg Hardy brought his record to 6-1. He also has a very impressive knockout rate, finishing five of his seven opponents, each with punches.

Felipe is coming off of a decision loss to Sergey Spivak in July, leaving him with an 8-1 record. He’s left six of his nine opponents on the mat after employing the dynamite he keeps in both his hands. Both of these fighters possess some very impressive power, but neither has ever been knocked out. Something has to give in this fight. I would expect some fireworks. 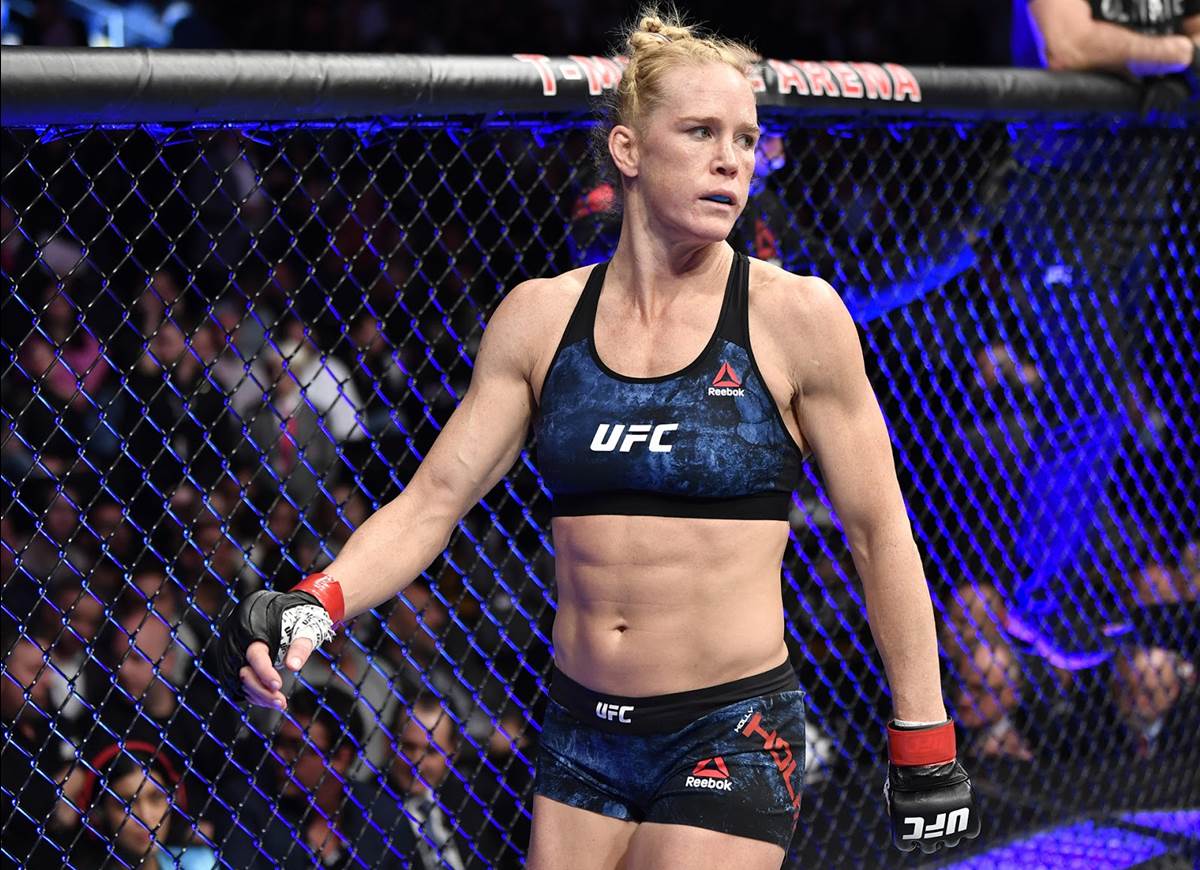 With the other matchup being 1 vs. 4 in the women’s bantamweight division, the main event is 2 vs. 6. Both Holm and de Randamie have already faced Nunes, as well as each other (with de Randamie coming out on top of a controversial decision). The results of these two bouts will certainly lead to some interesting matchmaking.

Aldana has won five of her last six, including a knockout of Ketlen Vieira. She’s a very talented striker, with six knockout wins in her 17 fights. She has also won three fights by submission, proving she has some grappling skills as well. She may want to employ the latter in this bout, going up against Holm.

If there is one true household name in women’s MMA, it’s Ronda Rousey. Well, only two women have ever knocked out Rousey: Amanda Nunes and Holly Holm. We’ve already established that Nunes is arguably the greatest of all-time, so that’s an impressive list for Holm to be a part of. The 38-year-old veteran boasts a 13-5 record and some of the most technically perfect striking in the sport, male or female. While she has struggled recently, dropping five of her last eight, she is still one of the most talented fighters on the planet and Aldana will have to bring her A game.