Spider-Man has assembled quite an array of villains over the years. Mysterio, Rhino, Kraven, Vulture and so many others have terrorized the wall-crawler over the years. But none of them have left quite as big an impression as the one and only Green Goblin.

The special oversized “Amazing Spider-Man #850” sees the return of the iconic Marvel villain, but probably not in the way you would expect to see him. Spidey is dealing with a threat like he’s never seen before and he might just have to make some very tough decisions to do so. Will his friends be able to stand by on the sidelines and watch as he makes those decisions? 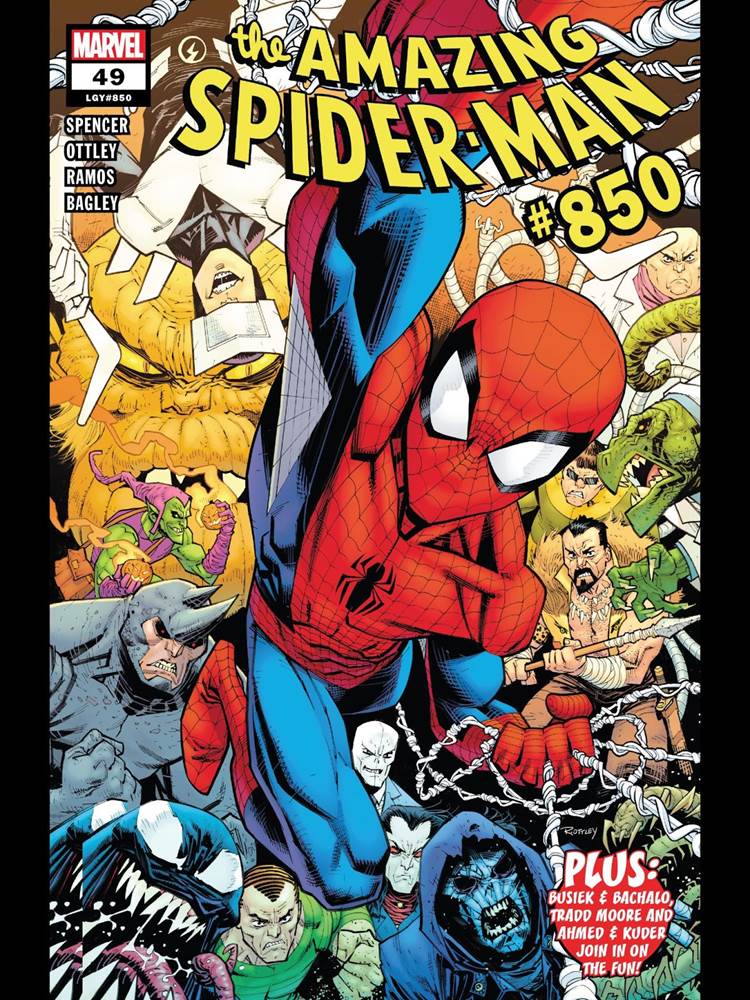 For months, Spider-Man has been dealing with the unique evil of the Sin Eater. To make matters worse, there’s an even greater threat lurking in the shadows behind his old foe. With such a dangerous enemy in front of him, and potentially an even more dangerous one behind him, Spider-Man has to ask for some help.

That help comes form an unlikely source when Norman Osborn once again takes the serum and dons the mask of the notorious and sadistic Green Goblin. But even with his greatest enemy by his side, Spidey has a lot on his plate when the Sin Eater inherits the powers of another iconic Marvel villain.

Even if they do survive this dire situation, can Peter Parker really ever trust Norman Osborn? Or did he just make his own future that much more dangerous? The rest of his spider-powered friends may need to remain on call for wherever this one is headed. 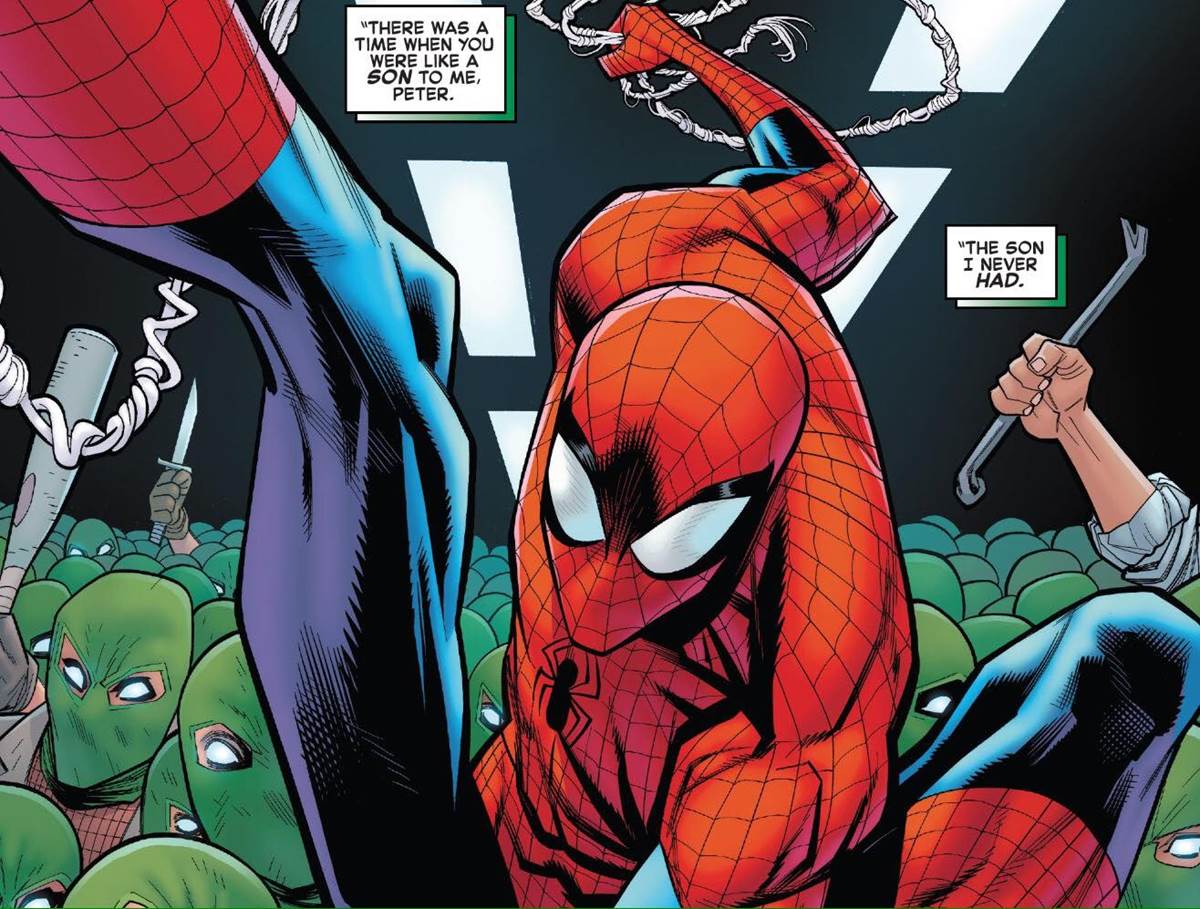 On top of that, there is a ton of web-slinging, pumpkin bomb-throwing action in this issue. It’s essentially an 80+ page fight between Spidey and the Green Goblin and the Sin Eater and his followers. Still, we somehow get a lot of time to sort out every last emotion Peter Parker is dealing with. 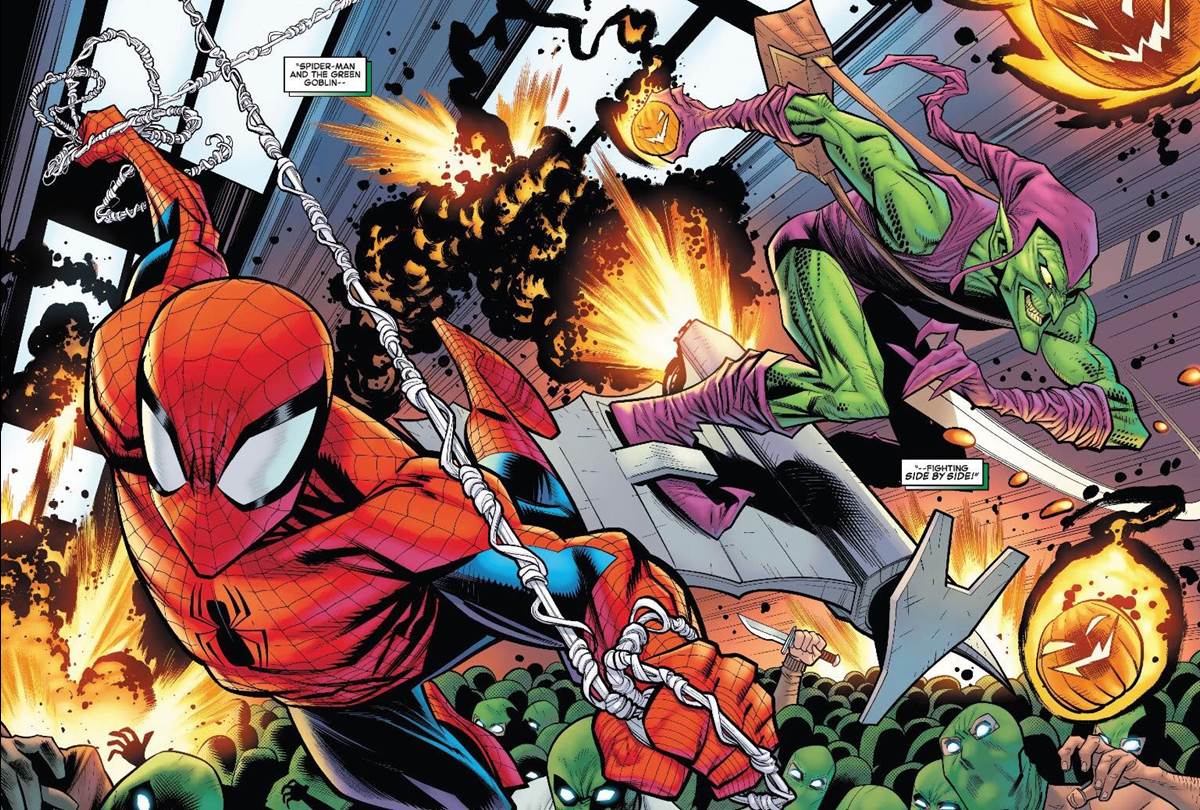 Even with everything going on in this issue, and all the years of history that have lead into it, this is still a great jumping-on point for anyone who wants to get into Spider-Man comics. Provided you have at least a little bit of knowledge about Spidey and the Green Goblin, this story provides all the context you need to understand everything that’s going on. And that’s despite the fact that we are still in the middle of the Sin Eater’s ongoing story arc.

Longtime fans of the webhead will still find plenty to enjoy in this issue as well. For instance, the first interaction between Ghost Spider and the Norman Osborn of Earth 616. There’s a lot going on in this issue, but small details like that really put it over the top. 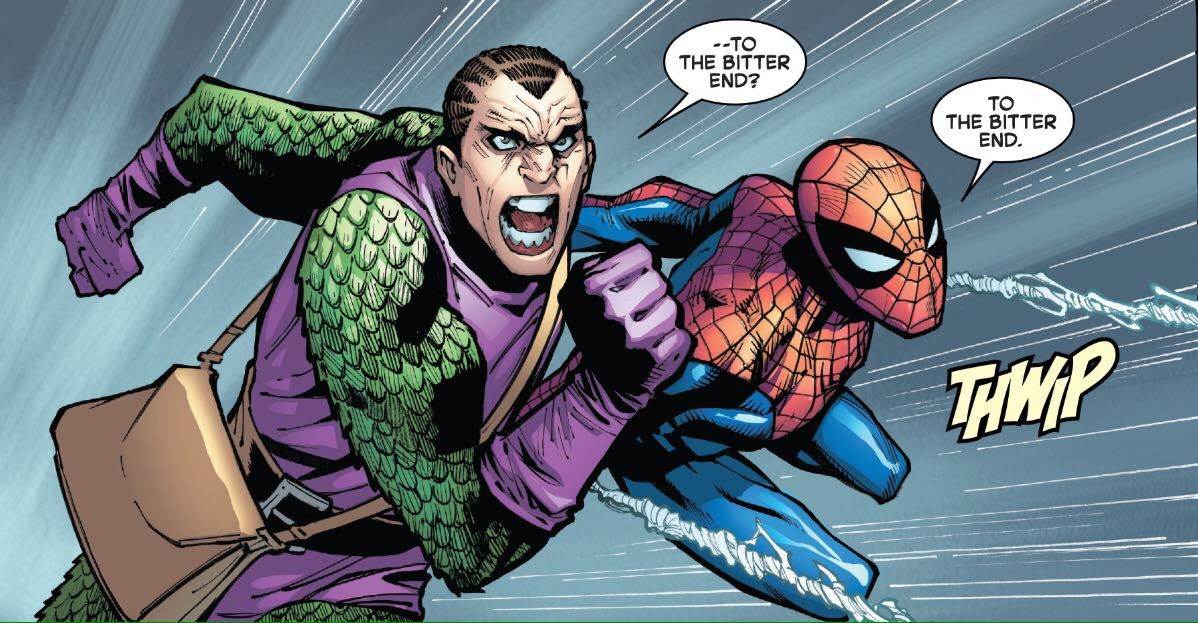