October is a very busy month for the premiere Mixed Martial Arts organization and ESPN+ is where you can go to see every last fight. UFC Fight Night: Moraes vs. Sandhagen will once again emanate from the UFC’s Fight Island with another exciting night of fights.

Two of the best in the world in the UFC’s bantamweight division will go toe-to-toe with a future title shot in mind. Plus, a matchup between two very talented featherweights and a bout featuring two hard-hitting heavyweights are both sure to excite the fans.

Let’s take a closer look at those fights: 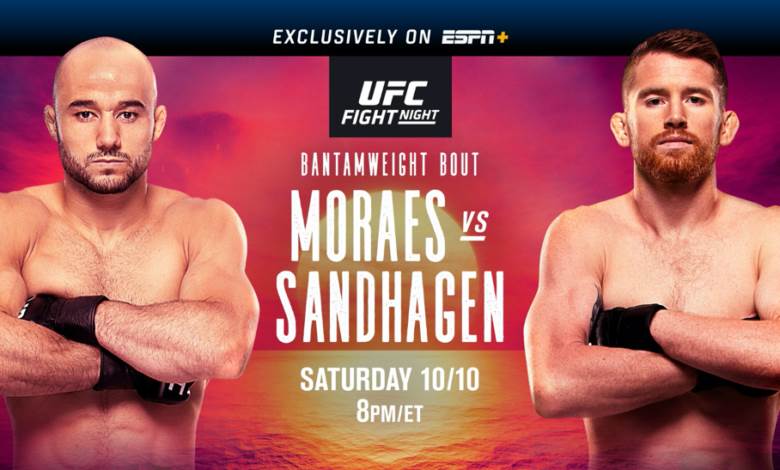 Fight fans would be hard pressed to find a fighter with more experience than Ben Rothwell. The 38-year-old has 50 (yes, 50!) fights under his belt, with an impressive 38-12 record. Even more impressive, Rothwell snapped a three-fight losing streak in December and is now looking to extend that win into a three-fight winning streak. When he could have hung up his gloves and walked away after a long and successful career, Rothwell instead stepped back into the cage and picked up two more impressive wins over very game heavyweight contenders.

Across the cage, Tybura is certainly not lacking in the experience department. The UFC veteran owns a 19-6 record with seven wins by knockout and six by submission. He is also coming off of back-to-back wins and looking to keep that winning streak going as he climbs the heavyweight ranks. Both of these fighters are very well rounded, but it seems likely we see this one end in a stoppage.

It’s one of the biggest cliches in the fight game. Styles make fights. Well, this one is a classic matchup of striker vs grappler. Barboza is one of the most creative and unpredictable strikers the sport has ever seen. His spinning wheel kick knockout of Terry Etim in 2012 is one of the all-time great highlights. Lately though, the 34-year-old has struggled, losing five of his last six. That may seem bad on the surface, but a closer look reveals that those losses came to some of the UFC’s best, including lightweight champion Khabib Nurmagomedov. He’s still one of the premiere strikers in the game and a dangerous opponent for anyone.

Bringing a very different skillset into the octagon, Amirkhani boasts a 16-4 record with 11 submission wins. The grappling specialist has won three of his last four, including one by anaconda choke, a move that has become somewhat of a signature for him. Amirkhani will certainly be looking to take this fight to the floor while Barboza will try to stay on his feet. We’ll have to see which style will win. 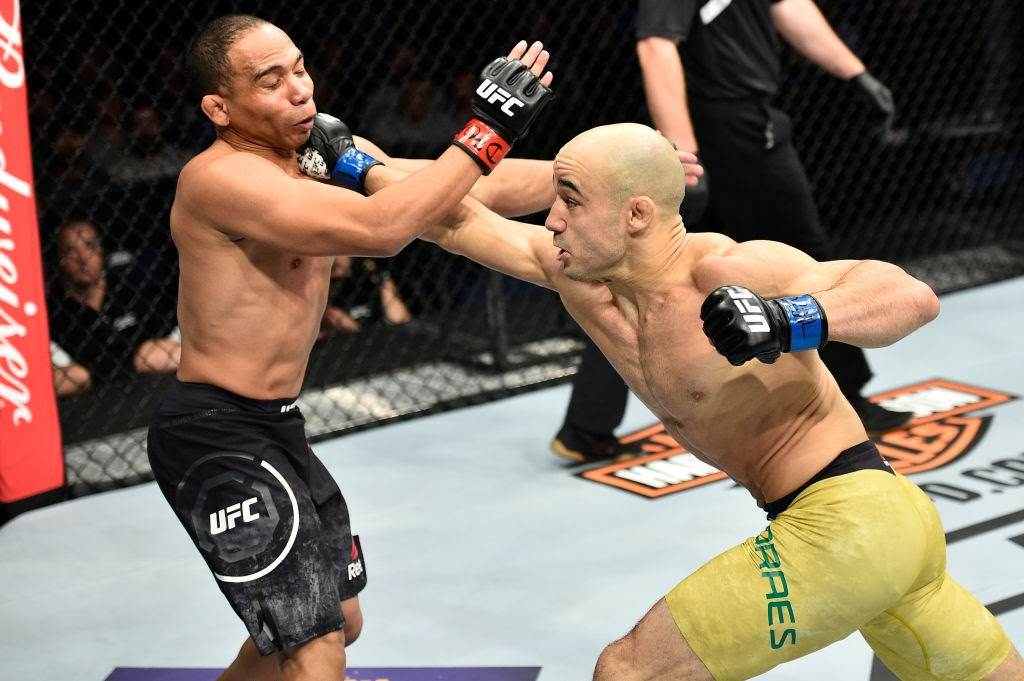 Any time you get a main event that features two of the top guys in one of the lighter weight classes, you know you’re in for a fun fight. Throw in the probability of a future championship opportunity, and you’ve got a very exciting bout on your hands.

Sandhagen is one of the most promising up-and-coming fighters the UFC has to offer. The 28-year-old may be coming off of a loss, but he still sports a very impressive 12-2 record with seven finishes. A well-rounded fighter, Sandhagen has finished UFC opponents with punches and an armbar. His only loss came to second-ranked Aljamain Sterling, who is also very much in the crowded title picture. Sandhagen will look to clear that picture up a bit with a win over Moraes.

The only reason Sterling isn’t the top-ranked contender in the bantamweight division is the existence of Moraes. The former championship challenger is another well-rounded fighter with an impressive 23-6 record. 16 of Moraes’ 23 wins have come by a stoppage, with 10 knockouts and six submissions. He’s coming off of a bounce-back win over future Hall of Fame inductee Jose Aldo after his loss to former bantamweight champ Henry Cejudo. This main event could go to the ground or stay on the feet, but either way it should be a fun one to watch.