Another first in this “unprecedented time” arrived last night as ABC kicked off its COVID bubble season of The Bachelorette. The romance reality show’s 16th cycle features 39 year old Clare Crawley. The California native is known to fans of the Bachelor franchise for shunning Juan Pablo Galavis’ farewell hug and offering him a few choice words when she wasn’t selected for his final rose. She went on to seek love (unsuccessfully) in a couple of seasons of Bachelor in Paradise and Bachelor Winter Games. 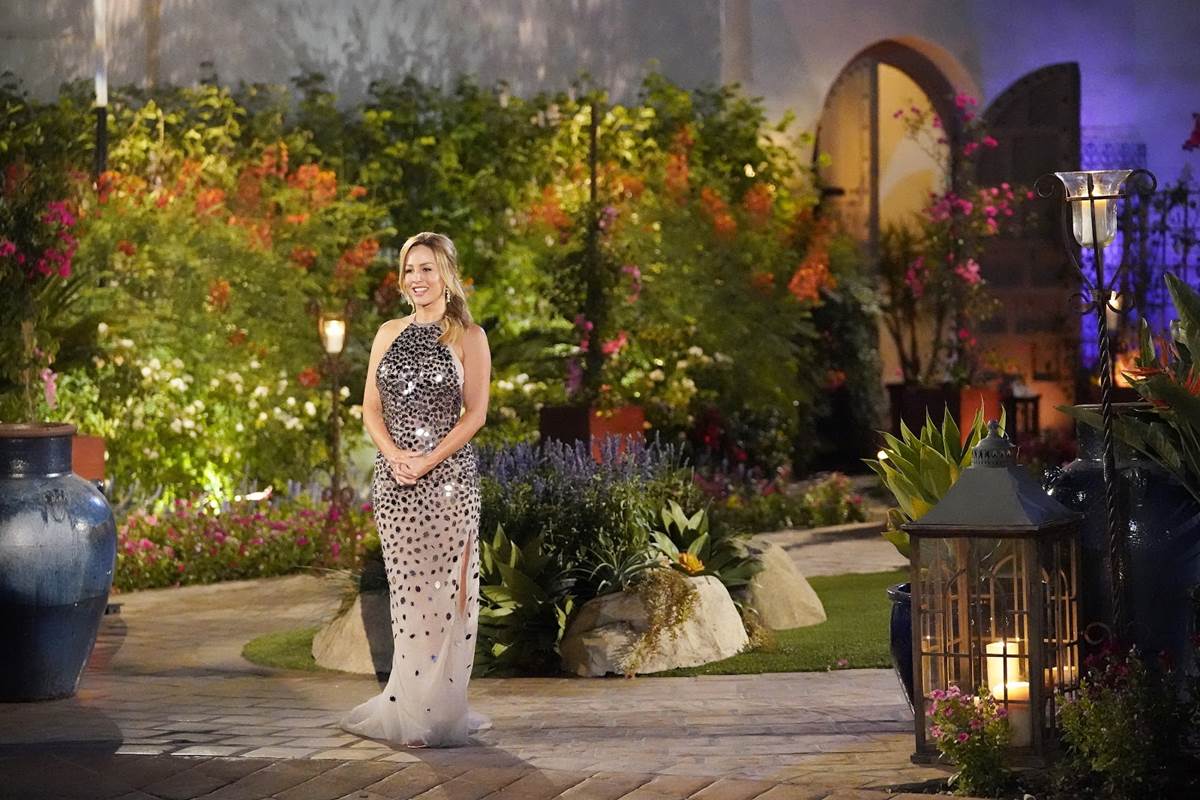 Watching the show’s opening segments featuring Clare’s announcement as The Bachelorette and the subsequent shelter in place that led to the season’s delayed start felt like years rather than months ago. But ABC was fortunate in their selection as Claire does a beautiful job bringing us into her struggles as a strong, single woman in a COVID world. Her reflections on the isolation, especially her helplessness over the separation from her mother who is in a long term care facility due to Alzheimer's, are all too familiar. I quickly found myself relating to and invested in her journey.

It was weird to see footage from before this season’s production hiatus as an unmasked Clare strolled the beach and comfortably spoke with show fans (also mask-free) wishing her luck. It was a reminder of how dramatically lifestyles have changed in portions of the U.S. and just how unusual her COVID bubble dating opportunity is.

The participants were housed at the beautiful La Quinta Resort in Palm Springs, California and underwent several COVID-19 tests prior to the premiere episode. We were treated to several reactions to the invasive testing and the subsequent results as well as lots of discussions at the enjoyment of fear-free physical contact with others. In fact, as host Chris Harrison and Clare unite for the limo arrivals they declare, “Welcome back hugs.” As it turns out, the welcome respite from the COVID realities overnight ratings show the Season 16 premiere pulled in more viewers over last year’s debut. 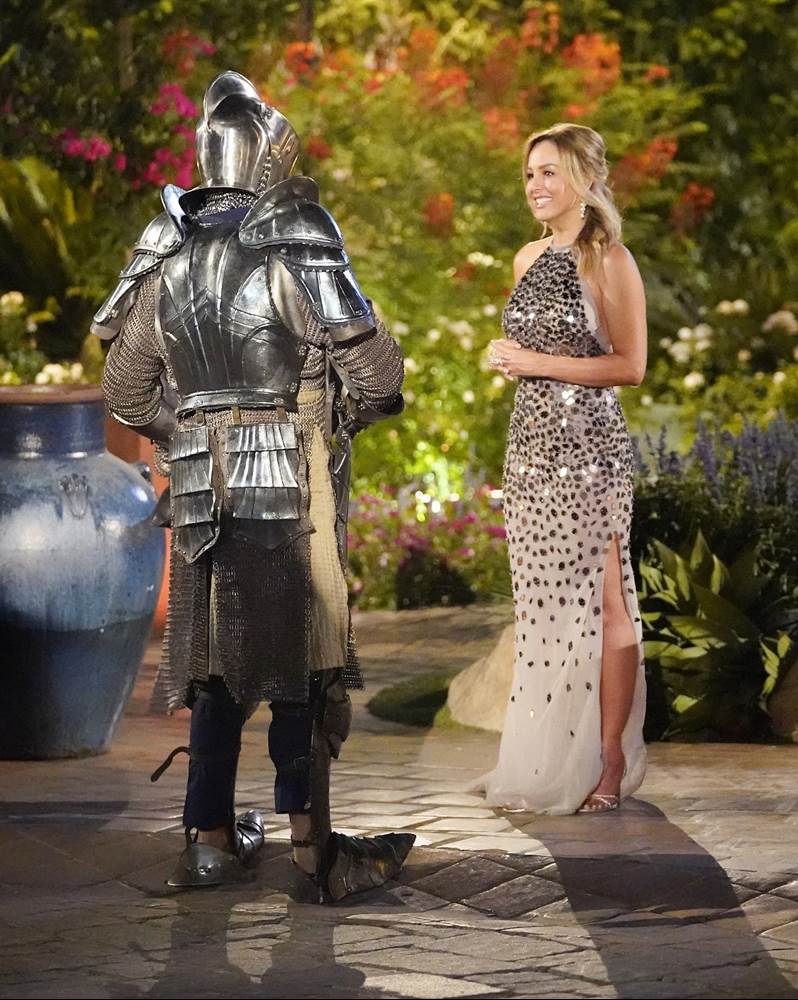 But now, it's time to meet Bachelorette Clare’s suitors. As always, they are an eclectic group — and this year seems even more ethnically diverse. Bennet, with his arrival in a white Rolls Royce with a white scarf draped on his neck, feels more like Central Casting than love interest while Chasen (who arrives in a full suit of armor), Jay (in a straight jacket) and Ed (who rolls up in one of those inflatable balls like you see at the fair) capture attention for all the wrong reasons. Demar has a smooth style that requires time to see if it's put on or part of his true self. Eazy is definitely looking to make a splash and, throughout the episode, proves skilled at capturing camera time. Kenny, the boy band manager, arrives in a T-shirt of Clare’s dogs. I didn’t find it endearing and found Clare’s request to pet them cringe-worthy. While Blake from Canada clearly delights her, it doesn’t feel like an electric, sexual connection. We will learn more about their connection during one-on-one chats. And it seems Jason, Brandon and Ivan brought her maternal side. But Clare is clearly swept off her feet by Dale in this debut episode, taking many deep breaths after he walks away and telling Chris Harrison, “I definitely feel like I met my husband.” Ultimately, here’s how I found the suitors sorted out — realizing the pre-season unconfirmed reports that another Bachelorette will arrive mid-season as Clare falls quickly and deeply in love are profoundly influencing my perceptions: 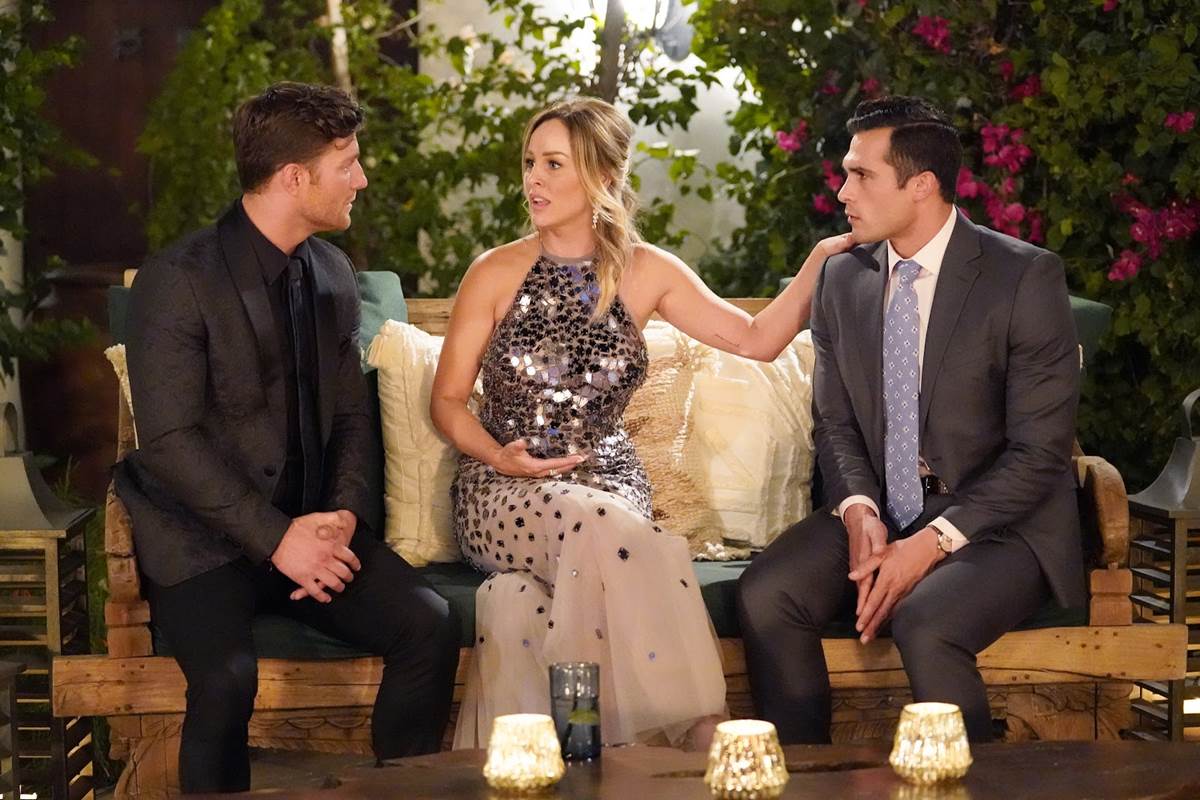 Clare mediates the brewing drama between Tyler C and Yosef

As the evening continues, Clare’s one-on-one chats are interrupted by a tiny bit of drama. Tyler C. uses outside-of-game knowledge to stir up some drama for the incredibly confident Yosef. He claims Yosef was actively seeking relationships via social media during sequestration. Yosef capitalizes on the accusations by stealing Clare’s attention from the other men to directly address the whispers. The event will surely stir up ill feelings towards them within the group.

We also learn that Blake from Canada violated the no-contact rule during the hiatus to offer Clare support, which came at a time she needed it since her mom had taken a fall. She was clearly moved by the effort, but I still don’t get romance vibes despite the kiss. And in some ways it seems moot as Clare seems so smitten by Dale. Not only will he receive her first impression rose but her voice and demeanor change whenever she’s talking with him. Over the course of their initial conversations, he didn’t appear to me as engaged in her yet. Perhaps he is simply less inclined to a love at first sight reaction.

After Chris Harrison’s clink of the glass to signify the rose ceremony, we’re treated to a new-to-me trailer for Disney+ The Mandalorian — I can’t wait for the continuing adventures to begin. I know there were other ad breaks, but for me, this was the only one that I didn’t fast-forward.

And we’re back to The Bachelorette. Eazy getting his rose

Rose Selection begins with the daringly thoughtful Blake and camera time pro Eazy taking the initial roses, followed by Ben (who led Clare in a cleansing breath at the limo meeting) and Riley (who apparently caught Clare’s attention capitalizing on his career as an attorney declaring her “guilty as charged for looking so beautiful). Shockingly, Zach J. — who presented Clare a “fart ring” — was the next to receive a rose. They were followed by Tyler S., Joe, Jason, Demar, Chasen, Jordan C., Blake, Kenny, Brendan, Garin, Ed, Bennett, Zac C., Jay, Brandon, and Ivan. Meanwhile, Yosef, who receives the last rose, seems to be getting the villain edit.

As the rose ceremony concluded Clare said “goodbye” to AJ — who, after stepping out of the limo, shared that he’s been told he makes a terrible first impression and squeezed her hands so tightly it left her with ring marks. As for Tyler C., I'm unsure if it was his decision to show up in an aged “Griswold” station wagon or outing Yosef’s outside game activity that sunk his own opportunity. Even though Mike thoughtfully brought Clare a pair of bejeweled flats for the long evening, he didn’t capture a rose. Neither did Chris, Jeremy or Robby, who all received very little screen time along with “tall drink of water” Jordan M and chef Page, who I’ll remember most for his tattoos and thin moustache — and thanks to his IG his sense of humor at being a night one cut.

When you get out of the limo after @dalemoss13 and realize that it’s The Last Dance. #bachelorette #bachelor #bachelornation #foxtailmedia #reality #keepyourdmsclean #love #herefortherightreasons #myjourney 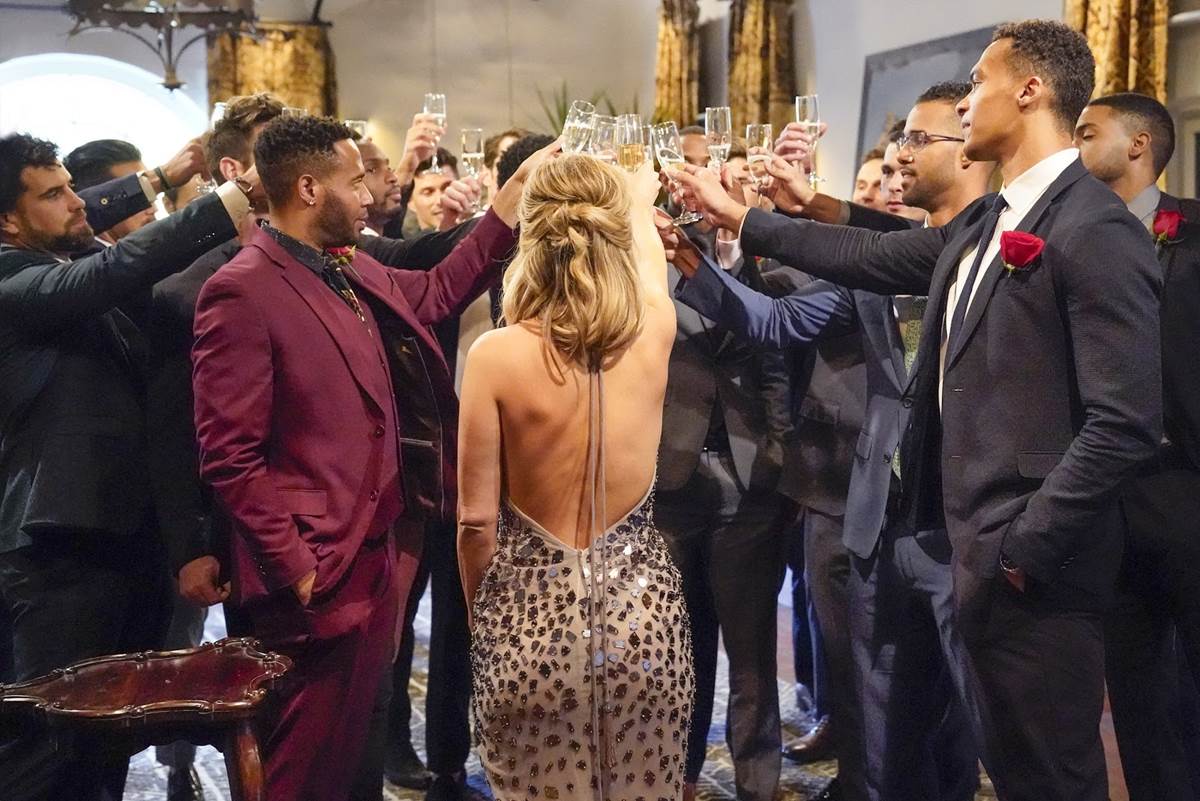 As always, The Bachelorette hypes the drama to come in the weeks ahead. We see Chris Harrison declaring, “In the 18 years I’ve been doing this show, we’ve never dealt with something like this.” Juxtaposed with images of Clare and Dale seemingly cuddling in bed, various men appearing to accuse him of being fake for the cameras. The men also seemingly walk out at some point, with Harrison saying to Clare, “You’ve just blown up the Bachelorette.” This sizzle reel ends with hints that another Bachelorette arrives, which would fit with the various rumors that have been circulating in entertainment magazines. It is hard for me to believe that, back in 2003, I watched Trista Rehn fall in love with and ultimately marry Ryan Sutter. I haven’t been a dedicated watcher over the years, dropping in here and there. But, with the current dynamics of COVID life and with all the gossip magazine headlines surrounding this season, I appreciate the effort ABC put into bringing this show back under these conditions. Happily, not only will Bachelor Nation (the show’s fandom moniker) have new episodes to enjoy but we can once again enjoy the camaraderie showcased on the numerous recap shows such as AfterBuzz, Chatty Broads and sisters Whit and Ry — which is where I’m headed now.