With the Halloween season in full swing, it seems as though new horror content is popping up left and right. Huluween, Hulu’s hub for all things horror, certainly has a whole lot of spooky new additions, including the Sundance Film Festival entry Bad Hair.

A horror satire set in 1989, Bad Hair follows an ambitious young woman who is constantly told that she needs to change the way she looks in order to get ahead in her career. When she finally gives in and changes her hair though, things don’t quite turn out the way she had planned. 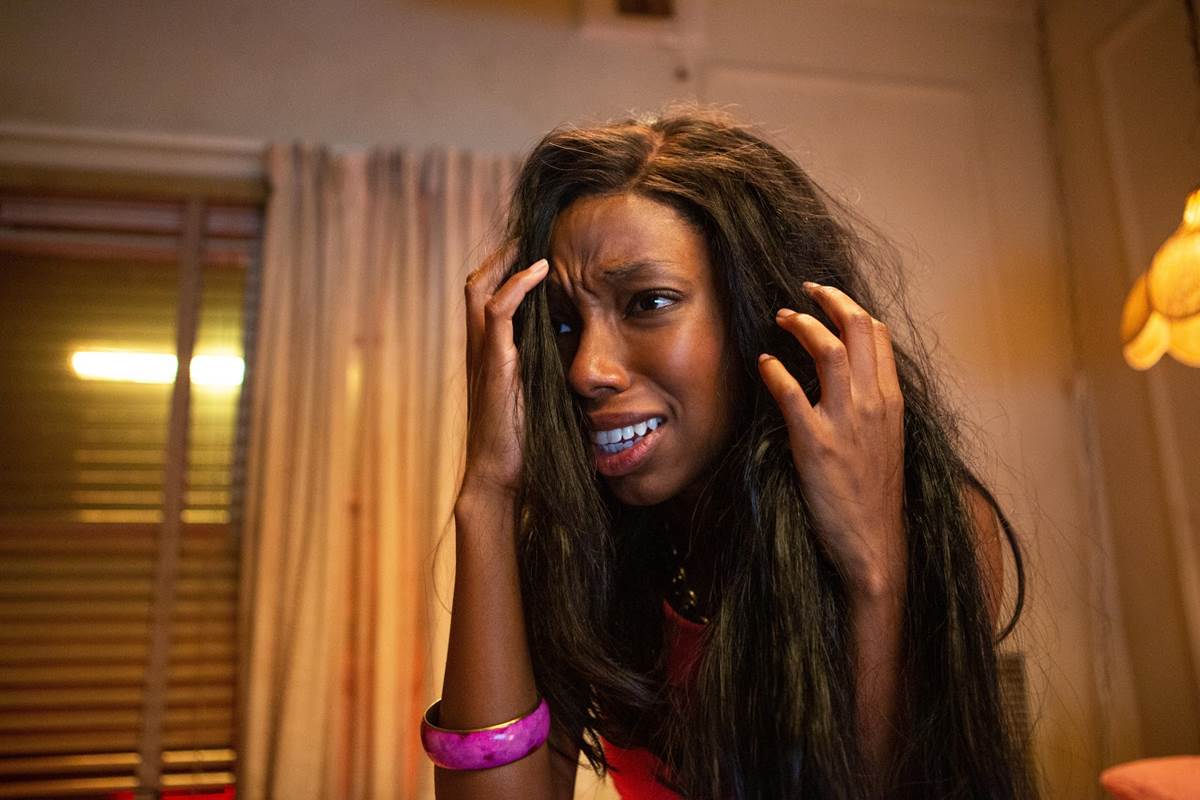 Campy horror has somewhat become a genre all its own. Those who want to dip their toes into the horror waters without keeping themselves up at night can simply search for a cheesy B movie with some poorly executed special effects and a very simplistic plot. That’s likely what you would expect to get when you turn on a movie about a girl with killer (and I do mean that literally) hai. For the first hour of the movie, you would be wrong.

Instead, what you get is an artistic drama and a social commentary on Black culture in America in the late 80s. That on its own would likely be an enjoyable watch if not for the unique and in some cases dizzying style in which this film is shot. It feels more like watching an hour-long interpretive dance than watching an actual movie. The story and the performances are very enjoyable but the overly artistic way in which they are shot is very much not. Then, once you’ve settled in and accepted this movie for what it appears to be, a switch is flipped and suddenly you’re watching something you would find on the Syfy network at 11 PM on a Saturday night (with much better acting). With the campiness being what you would likely be expecting from the beginning, you would think it would be welcomed with open arms at this point. Given how the film has been playing out to this point however, the sudden change is very jarring.

The B movie cheesiness continues to intensify as the third act of the movie goes on, without letting up at all. It continues to get more and more ridiculous, even mixing in a fair amount of the humor you would expect from a movie like this. It eventually gets to the point where you find yourself enjoying the movie you expected to be watching from the beginning, and then it’s over. 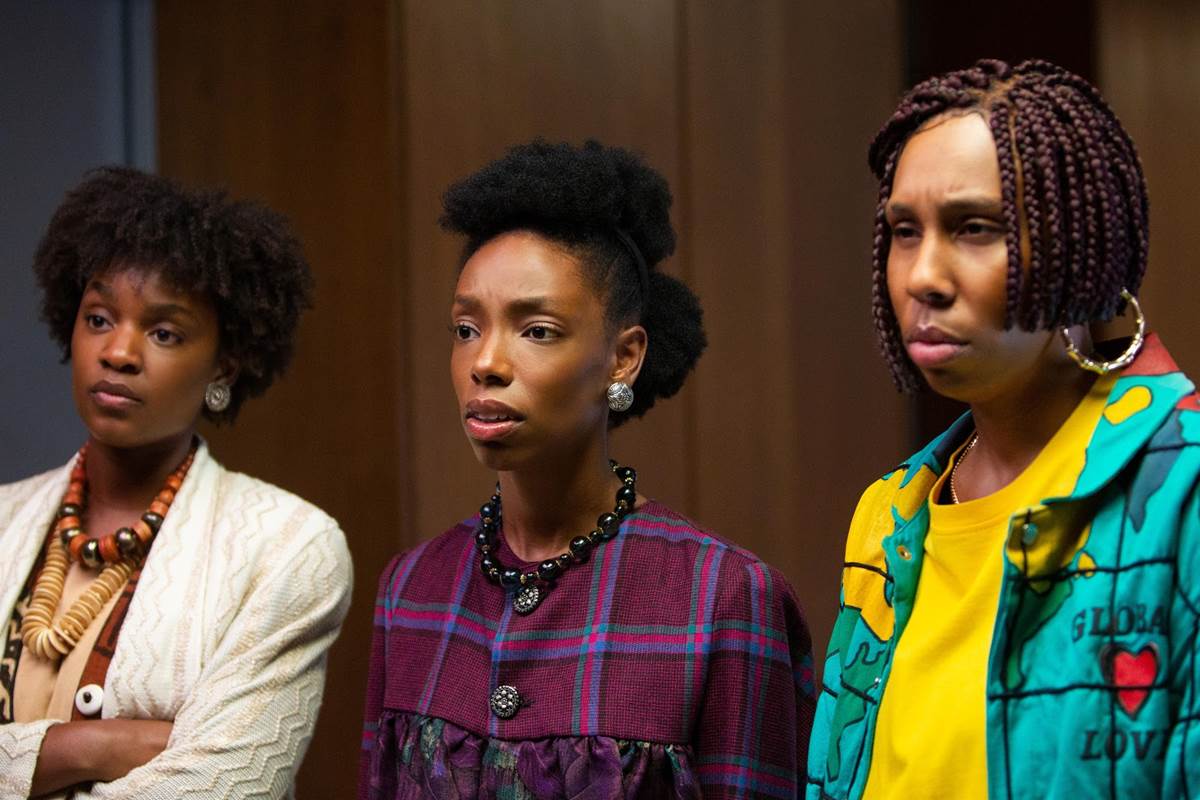 There are a lot of things to enjoy about Bad Hair though. For one, the cast does a phenomenal job. Every character is completely believable up until the point where the become possessed hair zombies. Even when the campy horror takes over though, the cast still does a great job of looking like a believable victim or survivor, despite the fact that the hairy situation they were in looks like it was shot on a cell phone in someone’s basement. Elle Lorraine, who plays the lead in the film, is fantastic both in the dramatic portion of the film and in the horrifying second half.

There is also a fair amount of that crazy horror that you were expecting to get, and it really delivers on that craziness. Also, while this is not really something you would necessarily be looking for in a movie, it does provide some interesting and wacky content for a haunted attraction. This could easily be turned into a haunted house of some sort, provided it also includes some of the humor featured in the film. 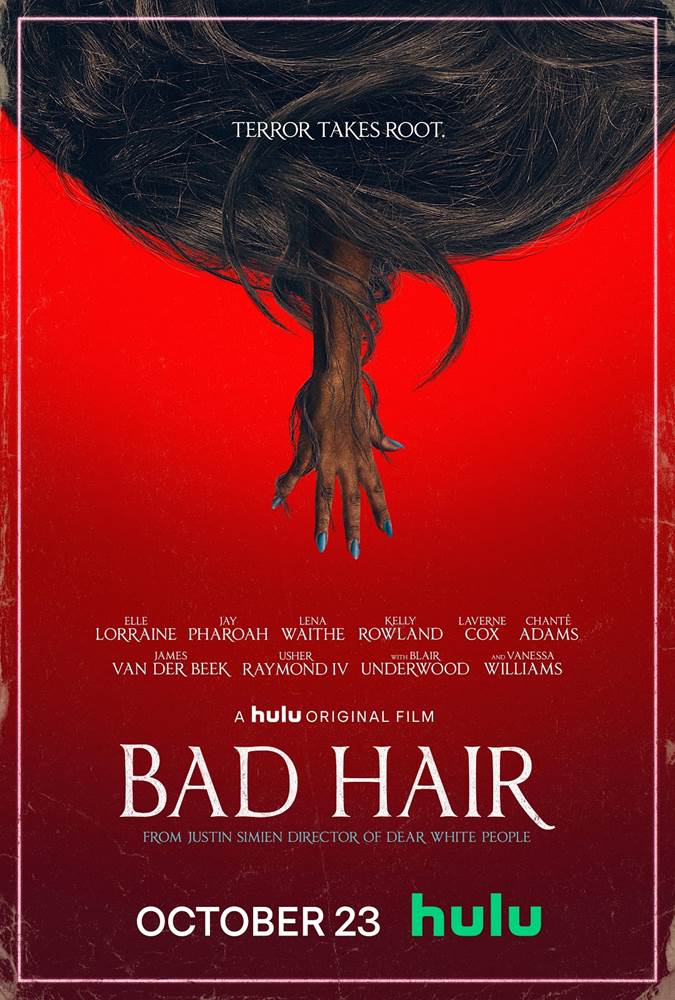