Are you feeling wicked? Just in time for Halloween, Hasbro has released a new Disney Villains Monopoly game that celebrates the most beloved baddies in the Disney vault. But if you think this is merely an update on the 2008 version released by USAopoly, you’d be wrong. This version changes things up across the literal board with lots of twists and surprises.

This new version of the game follows the trend set by the recent Toy Story and Frozen 2 editions of the game (and the upcoming The Mandalorian Edition), simplifying the board with just two spaces per color category. It also sheds one die to make it harder to avoid a corner of the board that may be owned by an opponent. 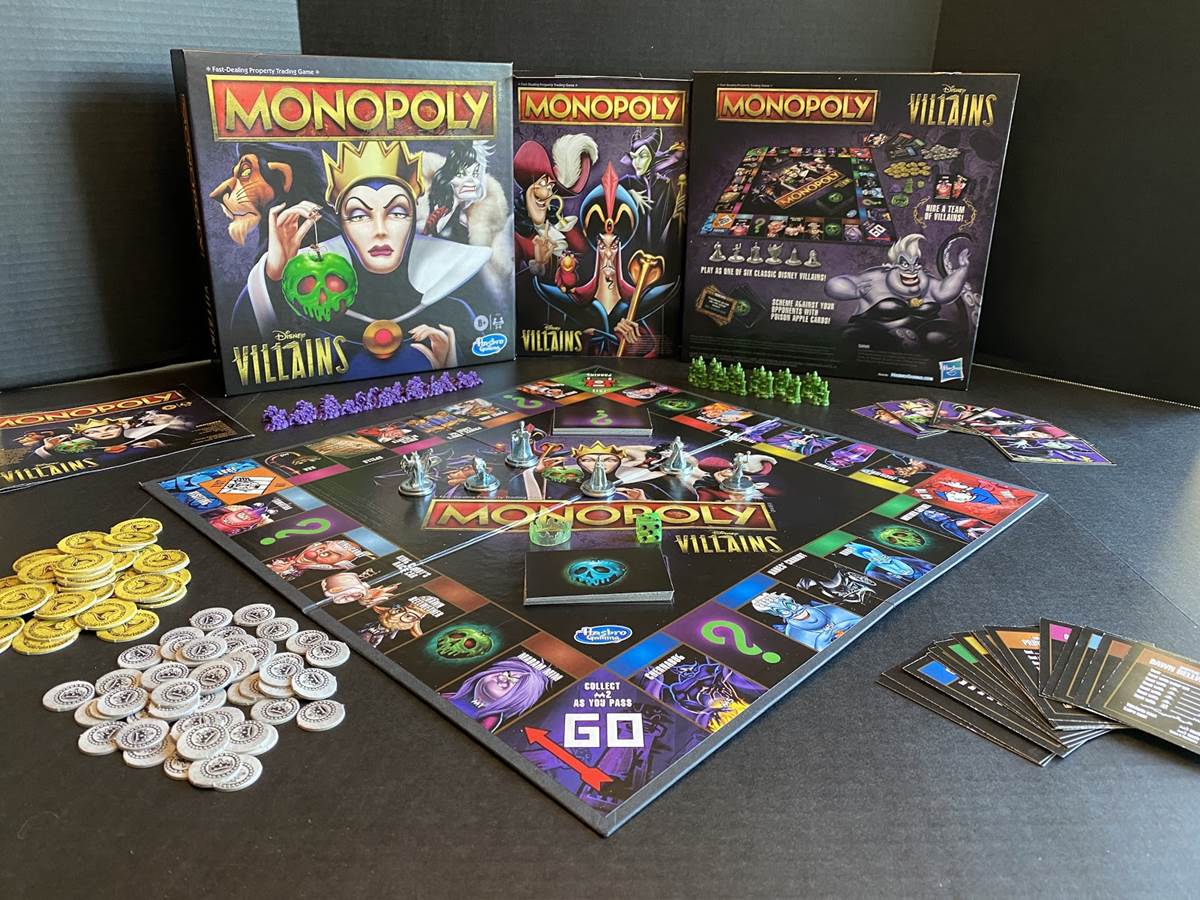 Players start by choosing their pawn, with fully formed figures of six classic villains: The Evil Queen, Captain Hook, Maleficent, Cruella De Vil, Jafar, and Scar. Each figure has a round base with a lip that allows the translucent Flames of Power to sit around them, which unlocks a special power unique to each villain. You acquire the flames when you pass Go or get a lucky Chance card. Powers vary, from allowing you to steal money from other players to getting another roll of the die if you don’t like where you landed.

Speaking of money, Disney Villains Monopoly has greatly simplified things. Rather than messing with play dollars in multiple values, this version of the game switches to cardboard coins that come in increments of $1 and $5 million. The coins feature iconography from the Evil Queen on the $1 and Jafar on the $5. In addition to the money being simplified, the cost of spaces has gone down, too, with each corner of the board the same price for all spaces rather than incrementally increasing in value. 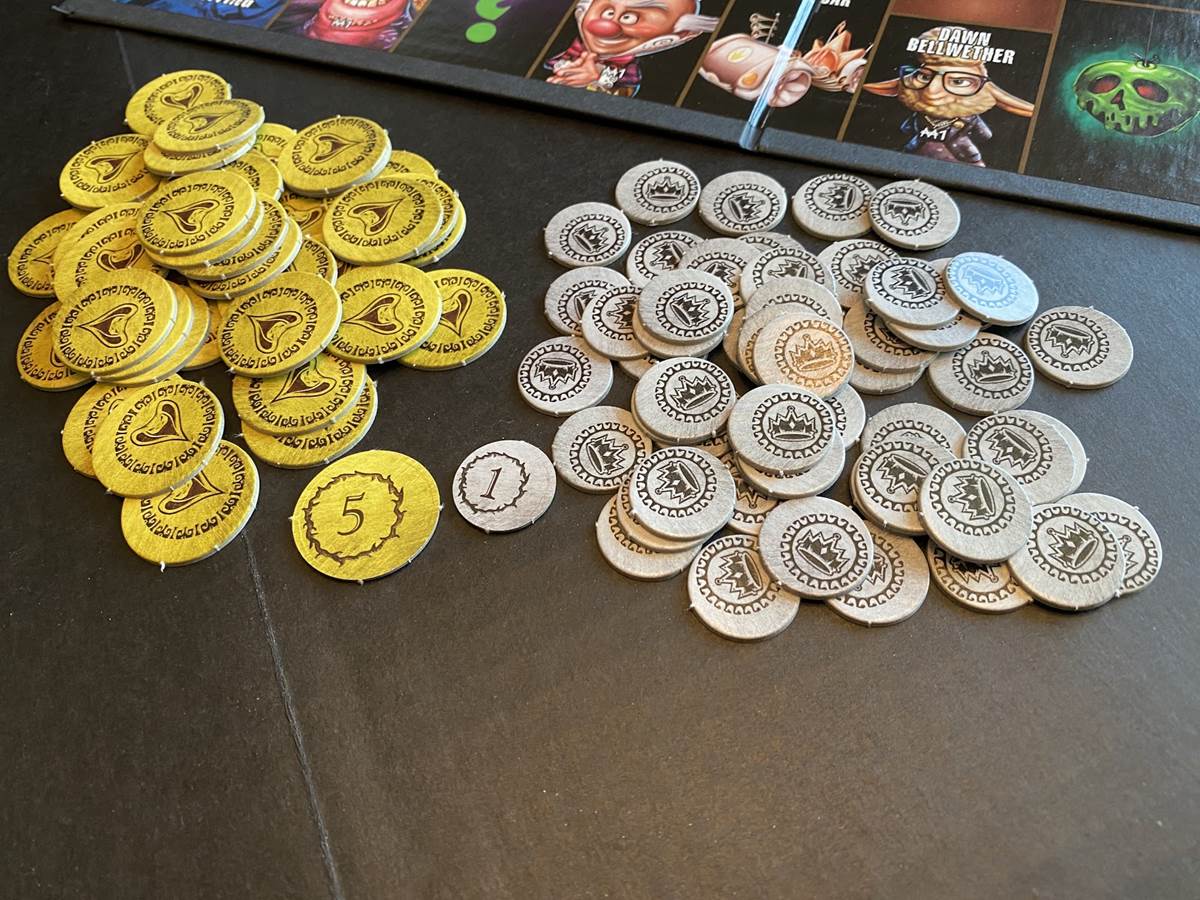 Unlike traditional Monopoly where spaces represent real estate, or even the previous Disney Villains Monopoly where players were buying a villain’s weapon, this time you’re hiring them. The villain contract cards look a little similar to property cards from previous games.

Simply having both contracts in a color set increases their value when another player lands there. In addition, players can purchase thorn thickets and eventually trade them up for a lair, both of which appear to be inspired by Maleficent. Chance cards can go either way for players, sometimes yielding good results, but more often negatively impacting them. Poison Apple cards are typically of great benefit, many of which can be held until the player chooses to use it.

Unlike the original Monopoly game, the Disney Villains edition also speeds up game play by forcing players to purchase villains contracts (or utilities, which are “Spells” and “Potions” in this version). If they can’t pay, they can try to raise money before accepting defeat and bowing out until one victor remains. 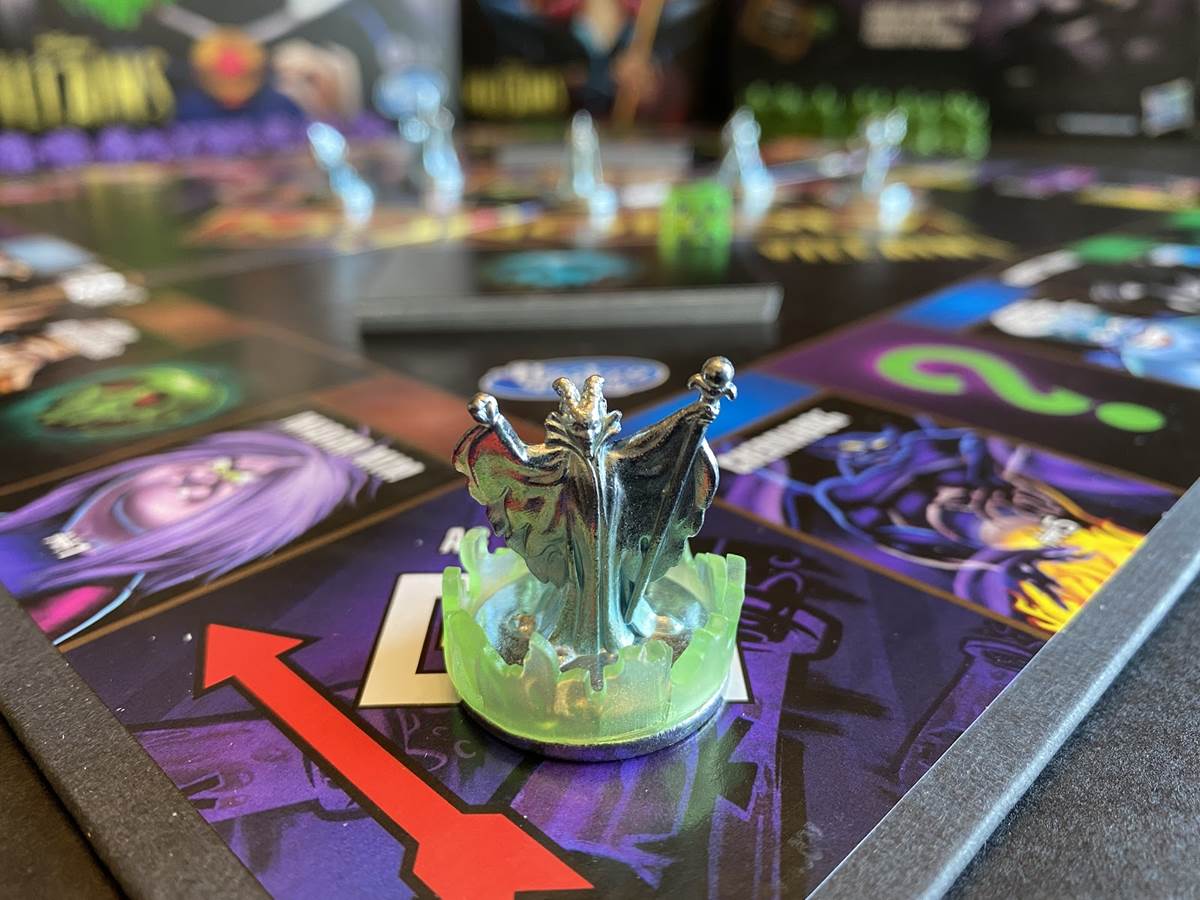 Hasbro’s Disney Villains Monopoly is a fun way to play the classic game with some new rules that not only bring in wicked Disney elements, but also ensure that your game play won’t last for seemingly endless hours. Almost every aspect of the game has been newly themed to bring players into a Disney Villains wicked world, a fun little escape that feels both nostalgic and new all at once. 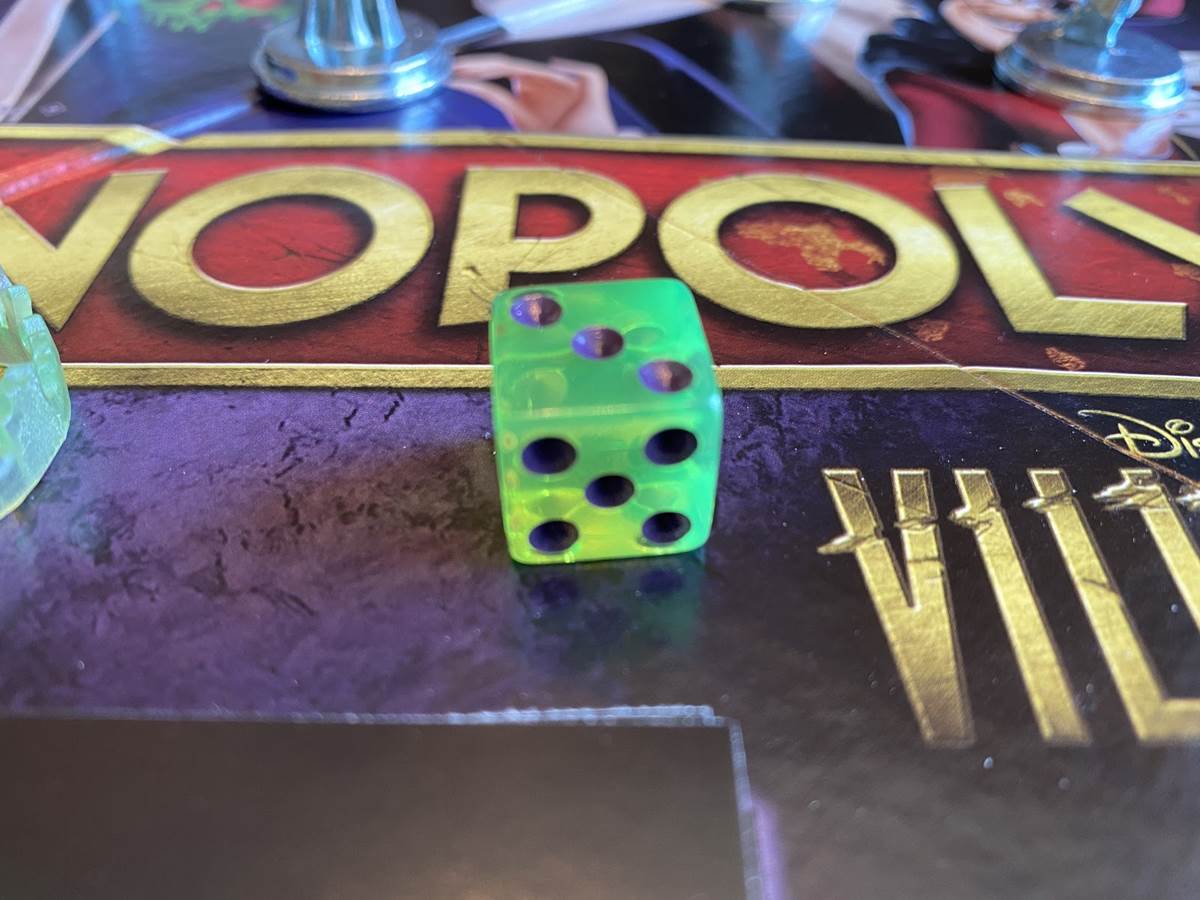 Click here to order your own copy of Disney Villains Monopoly.