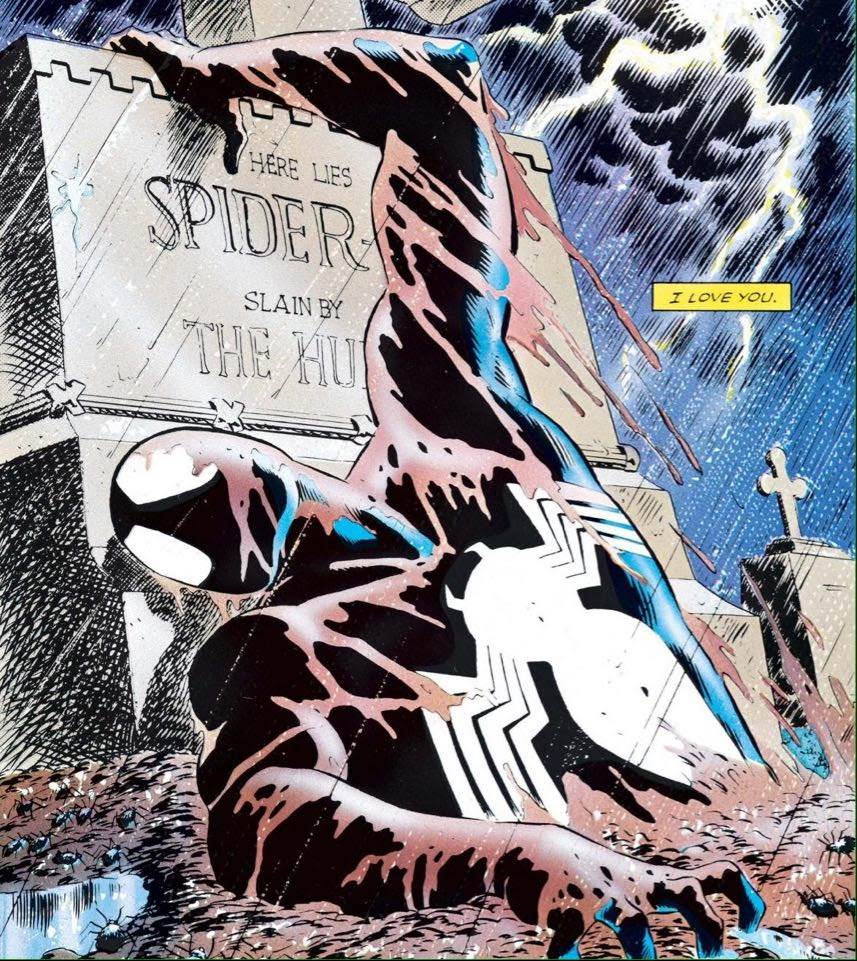 With Halloween being tomorrow, I figured it would make sense to find a festive panel. And what is more Halloween than someone pulling them self out of their own grave? That’s exactly what’s happening here in this panel from “Web of Spider-Man #32,” which more notably is one issue in the iconic “Kraven’s Last Hunt” arc.

In “Kraven’s Last Hunt,” the longtime Spidey foe finally manages to do the thing he’s been trying to do for years – kill Spider-Man. Or at least he think he achieves this goal. While Kraven masquerades as the wall-crawler, stopping petty thieves in the streets of New York, Peter Parker overcomes his inner demons and refuses to allow his own death.

This arc is known for having a heavy psychological focus and this moment is one of the most powerful in the series, as it signifies Spider-Man’s literal rise from the grave to face his old enemy. It’s also visually stunning, with some truly spectacular artwork from Mike Zeck. All of that makes it the perfect classic favorite for Halloween. 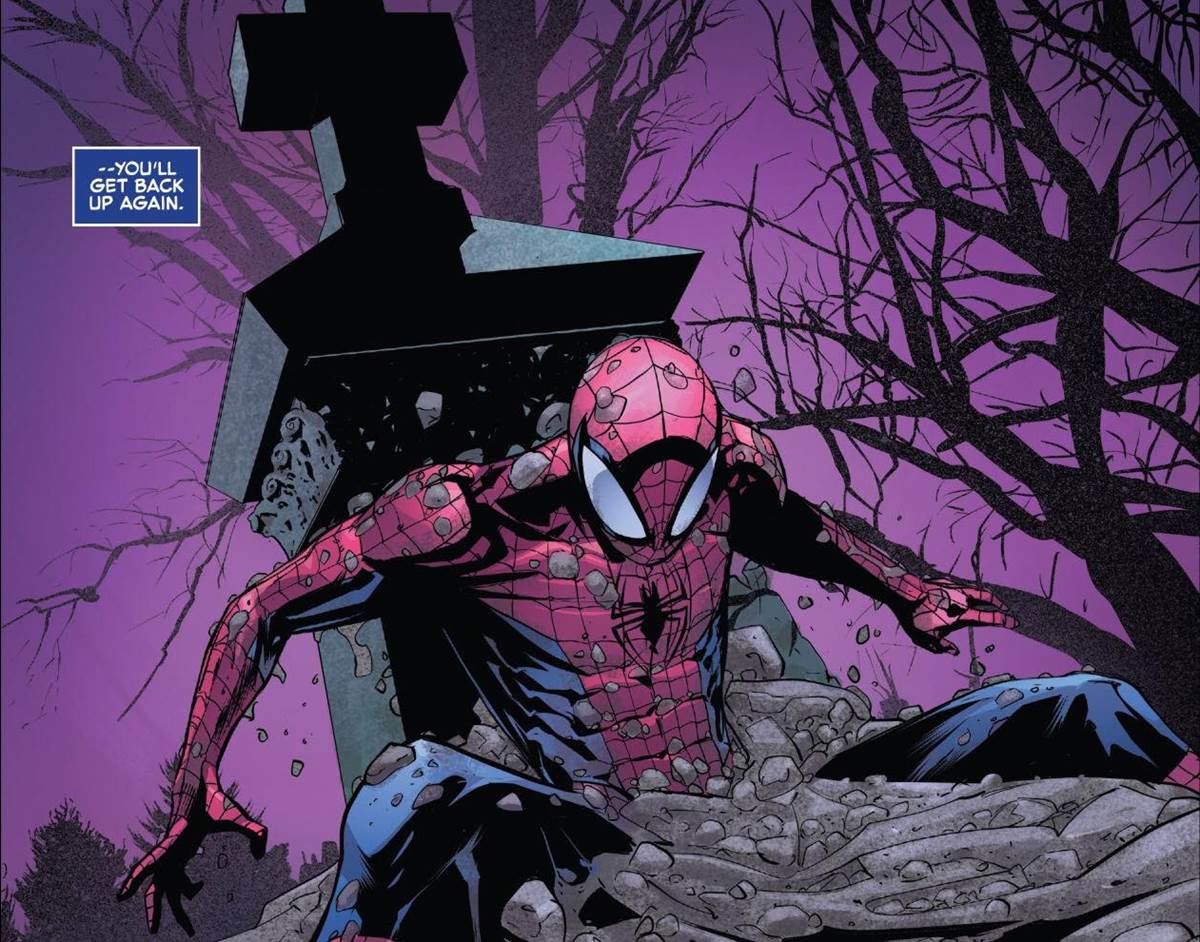 And if some is good, more is better. This week’s “Amazing Spider-Man #51” featured this macabre homage to the aforementioned classic comic arc, with Spidey once again lifting himself from a grave. The last few pages of this particular issue not only have some very spooky Halloween vibes, but are also very powerful and set up some very interesting things moving forward.

Sure, it’s not Kraven that Spider-Man is dealing with this time around, but it is a villain that is perhaps even more menacing. The demonic Kindred has been tormenting Peter and his friends for some time now and, as you can see in the panel above, things are starting to get pretty dark.

There is some magic in play at this point in the comic, so it is unclear exactly what is actually happening and what is just happening in Peter’s head. I suppose we’ll have to wait for the next issue to get those answers. Still, one thing is for sure – Kindred knows how to get to Peter and turn his life into a complete nightmare. Very fitting for this time of year.

You can check out “Amazing Spider-Man #51” now.