Families and friends looking for new ways to spend quality time together will love Sketchy Tales: Disney Edition from Big Potato Games. You don’t have to be artistically inclined to play this hilarious game for ages eight and up and for four to eight players. It’s not about doing a good job, it’s about having fun! 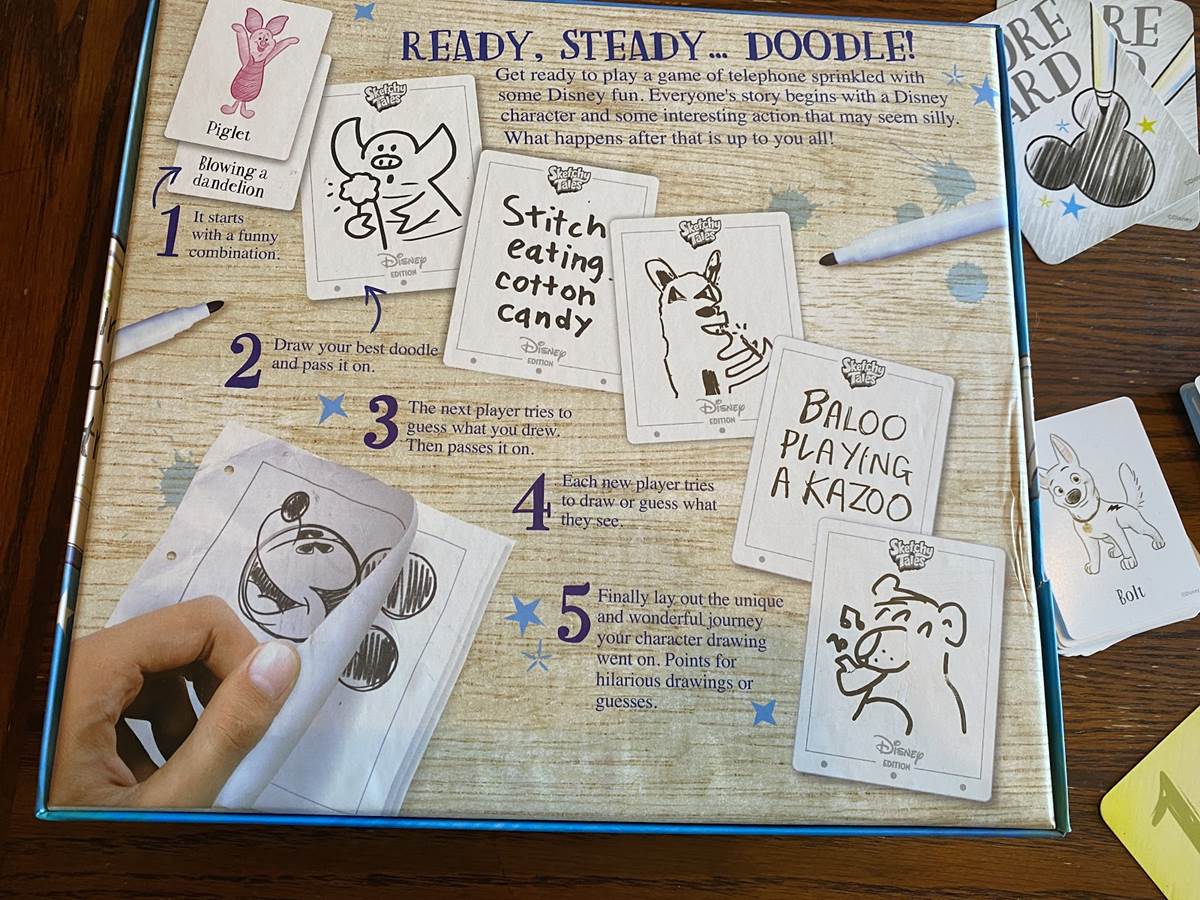 Everyone starts with a double-sided character card and action card, choosing a character and an action to go together and drawing it on their player numbered dry erase card. Before passing it to the player to your left, clip a blank dry erase card over it for the next player, who will then write what they think you drew (they never get to see your character card or action card). Nobody has to wait for their turn, each player does the same thing at the same time. The round continues in a circle until you get your original card back, easy to know by looking at the back of the clipped stack, which will have your player number on it. Below is an example where I started drawing “Nemo reading a book to a statue” and by the time I got it back, it had become “Miss Piggy watching a fan.” 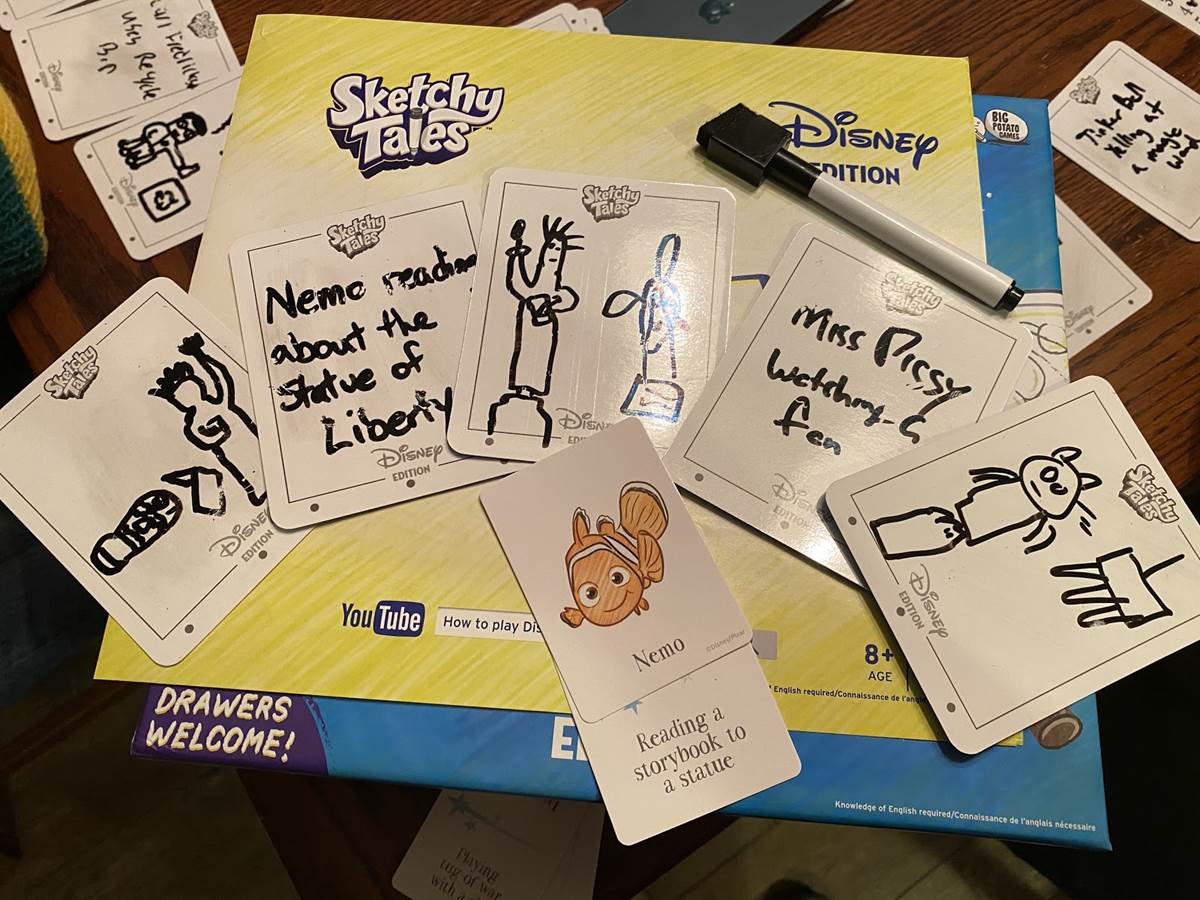 It’s so fun to watch how everyone translates or interprets each concept. Baloo hypnotizing an owl became Piglet playing golf. 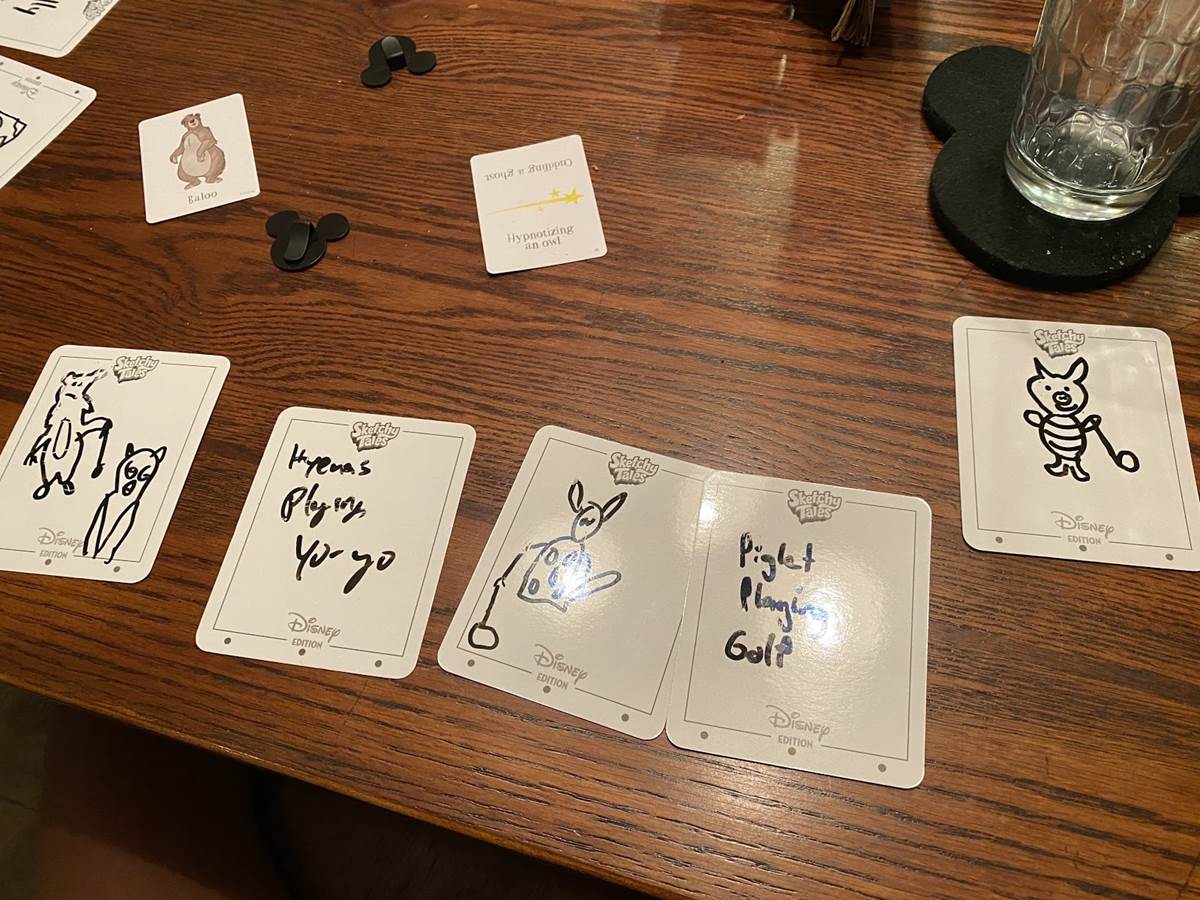 This was a fun one. Ursula in a crane game became Ariel in a ball somehow. 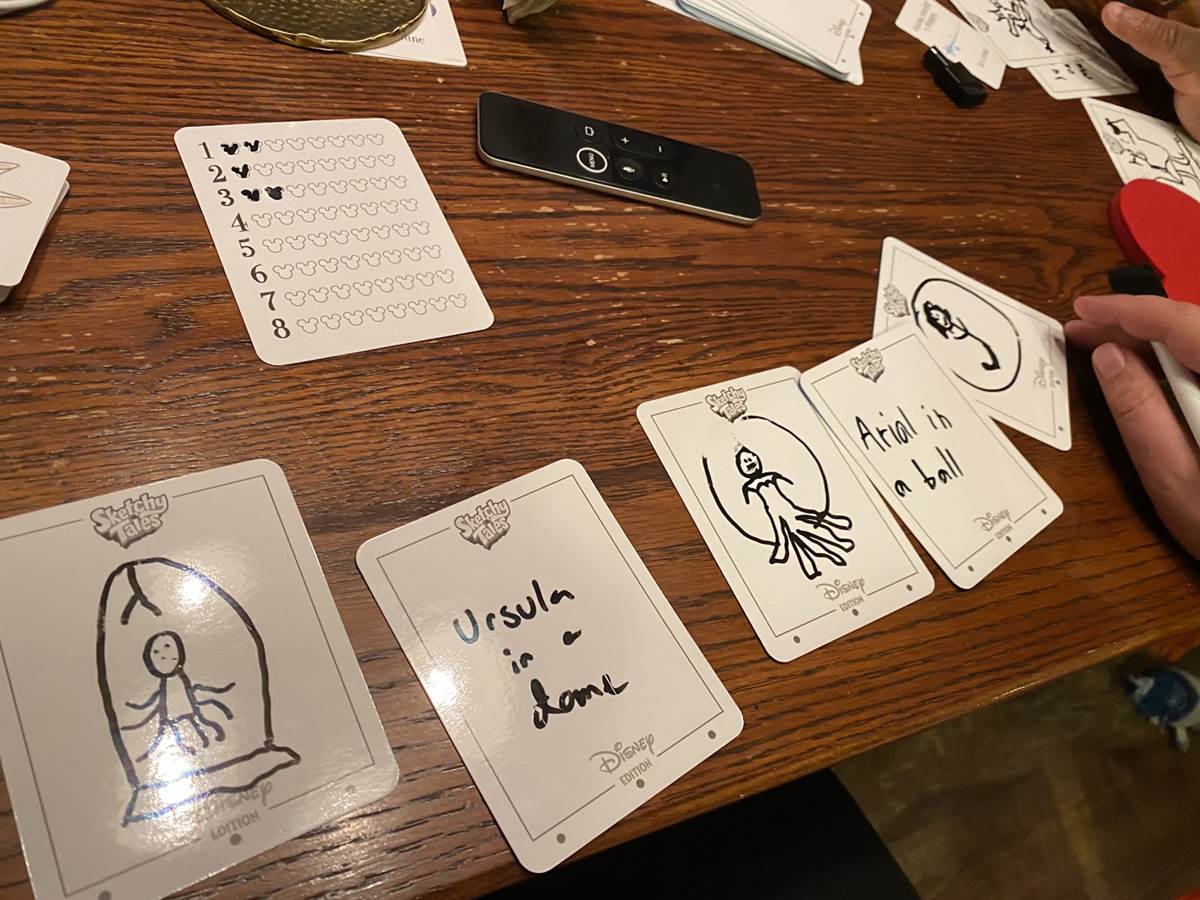 With so many character and action combinations, this game will never get old. Winners are determined by points on a scorecard. A player gets three points at the end of a round if the character and action stayed the same on the last card as it was on the first. Then players award points by choosing their favorite drawing or written interpretation on their board. The game ends when a player reaches more points than there are players. 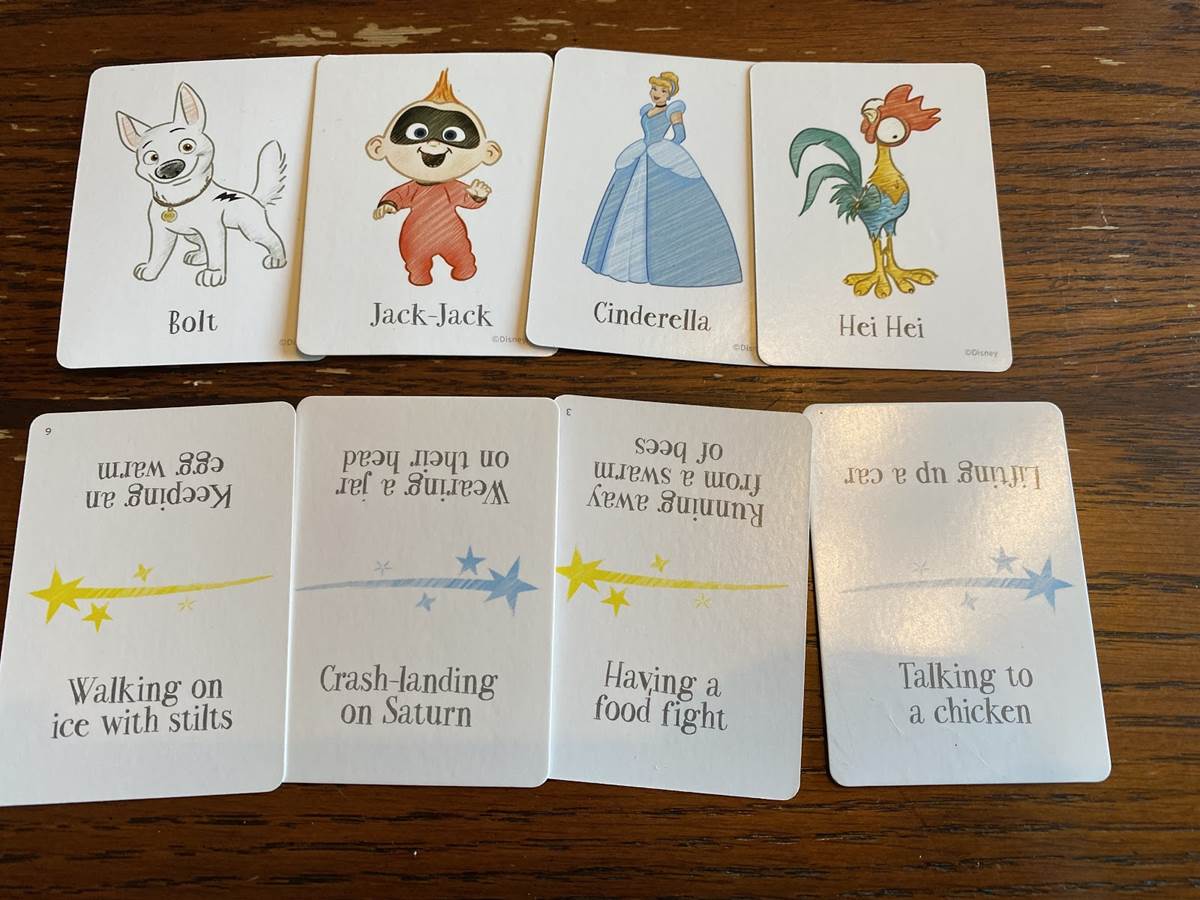 Sketchy Tales: Disney Edition is good fun for the whole family. When the laughter starts, you won’t care who wins and you’ll be smiling from ear to ear.