Tags: Disney Plus, The Right Stuff

Episode 6 kicks off with a press conference promoting the first three astronauts chosen for space flight. Alan Shepard, Gus Grissom, and John Glenn attend with smiles on their faces and doubts in their hearts. While Shepard (Jake McDorman) is grinning because he knows that he is the first, John Glenn (Patrick J. Adams) forces a smile on his face throughout the press conference. As Shepard, Glenn, and Grissom are enjoying the limelight of being the first three, the other four members of the Mercury Seven: Wally Schirra, Scott Carpenter, Deke Slayton, and Gordon Cooper are dejected and drinking at a bar. As the astronauts get drunker, Cooper (Colin O’Donoghue) injures himself and needs assistance to get back to his hotel room. Gordon Cooper is still plagued by the death of his friend Cal.

The astronauts and NASA are facing a more difficult issue than resentment over flight order. President Kennedy is skeptical about the Mercury Program and orders a thorough review of the program. Shepard, Grissom, and Glenn are forced to demonstrate their abilities to a team of presidential advisors from Washington.

John Glenn continues his campaign to unseat Shepard for first place. Writing multiple letters to members of Congress and NASA, Glenn is confronted by his wife Annie. She questions his reasoning and implores him not to continue this path of recklessness.

The Kennedy administration finishes their review of the program, and before Mercury can launch the President insists on the launch of a chimpanzee to test the safety and feasibility of the Mercury program. Ham the chimpanzee is launched into space and successfully lands. There are multiple problems with the mission, but Ham is safe and despite the reservations of the Kennedy administration, the Mercury program is a go. 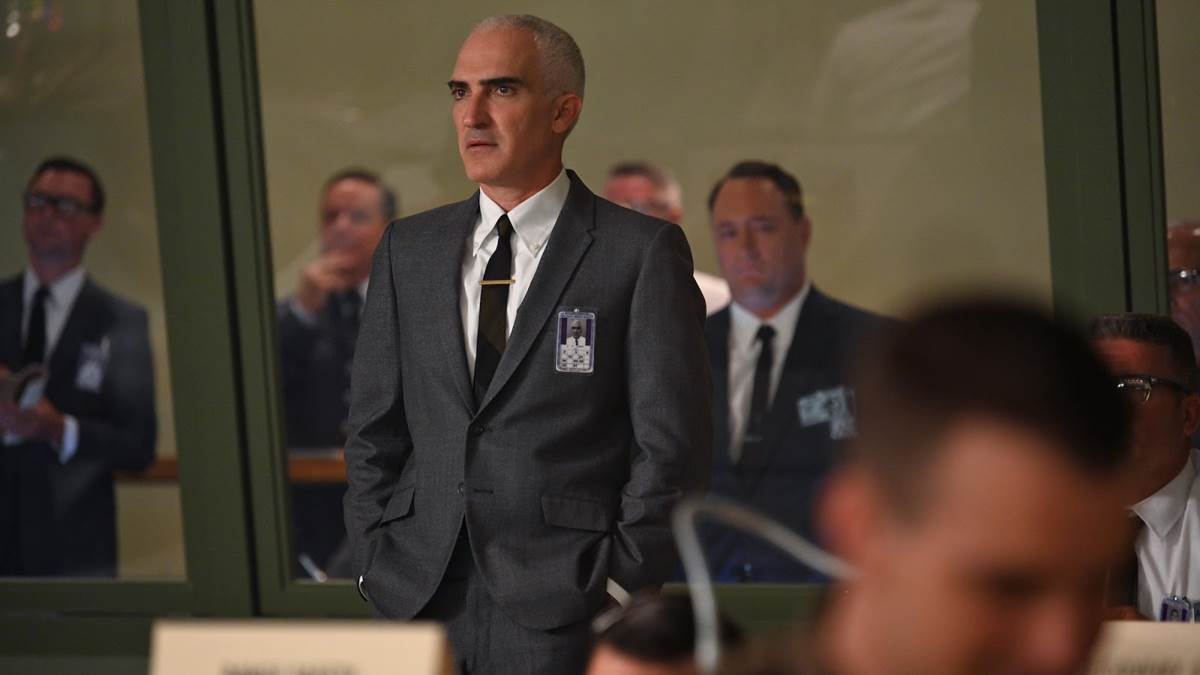 As NASA prepares for the first launch NASA Director Bob Gilruth (Patrick Fischler) must confront a growing internal problem. After receiving John Glenn’s complaint letter about Shepard, he meets with Glenn at his home. Their conversation is brief, and while Glenn sees Shepard as unfit for the position, Gilruth tells him that it is he who is the one that is unfit.

It falls to Chris Kraft (Eric Ladin) to deal with another internal issue in the Mercury program. The Kennedy team was troubled by the fact that Deke Slayton (Micah Stock) has a heart condition. Kraft informs Slayton that he has been grounded and will not be launched into space. Kraft’s promises some sort of job for Slayton in NASA, but that doesn’t console the hurt astronaut.

The episode ends with high hopes and dreams dashed. Shepard and Grissom are awoken to the news that Russians have successfully launched the first man, Yuri Gagarin, into space.