November 18th was Mickey and Minnie Mouse’s 92nd birthday and D23 celebrated with a Gold Member exclusive virtual event as part of their Fantastic Worlds Celebration. Titled “Globetrotting with Mickey,” Gold Members were treated to a 45-minute presentation from members of the Walt Disney Archives, with a focus on their digital team and the artifacts they maintain. 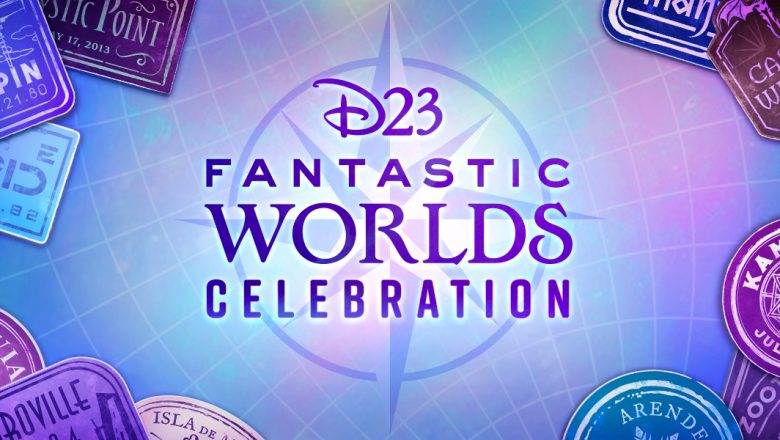 Walt Disney Archives Digitization Lead was the host for this celebration that started with Digital Capture Technician Amy Opoka, who walked viewers through the history of John Hench’s Mickey Mouse birthday portraits. It showcased how the Disney Legend celebrated Walt Disney Imagineering’s upcoming achievements like showcasing Mickey in front of the EPCOT model for his 50th and pointing to pins on the globe in Paris and Hong Kong for his 60th and 75th respectively. It also celebrated how the tradition has continued to today with Mark Henn making the portrait for Mickey’s 90th in 2018. 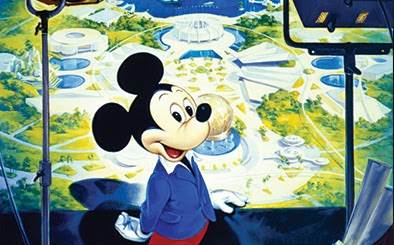 Amy then shifted the focus to Minnie Mouse because it’s her birthday, too! She gave an overview of the evolution of Minnie’s style, from her first appearance in Steamboat Willie to her more bold endeavors in the 1970’s with the Mickey Mouse Disco album and her own decade in the 1980’s, which peaked with the album and TV special Totally Minnie. She shared that her team got to digitize the special and shared the famous clip of an animated Minnie singing a duet with Elton John to the hit song “Don’t Go Breaking My Heart.”

Katie Strobel, a Metadata and Systems Technician, celebrated the history of Mickey’s first theme song, “Minnie’s Yoo Hoo,” which was the Walt Disney Company’s first original song and was co-written by Walt Disney. The song not only became the theme song for the earliest Mickey Mouse shorts, but was also used in movie theaters as part of the first iteration of the Mickey Mouse Club (long before it was a TV show).

Ty Popko returned for a look at the extinct attraction Mickey Mouse Revue and shared photos of the Mickey Mouse Audio Animatronic at a media event for the Florida Project in 1969 (joined by the Three Caballeros, who can now be seen in the attraction at the Mexico Pavilion). After leaving Walt Disney World, the attraction enjoyed a success at Tokyo Disneyland for nearly three decades before it closed. The digitization team got to scan the figure in 360 degrees and Ty shared a rotating video made to preserve the figure’s likeness for all time.

The final component of the event focused on Mickey Mouse as a star of comics. Another Metadata and Systems Technician, Francesca Scrimgeour, shared the history of the series and gave some fun information about the Italian counterpart, Topolino (now the name of the restaurant at Disney’s Riviera Resort). The name actually came from bootleg comics created without Walt Disney’s approval, translating “Mickey Mouse” to “Little Mouse” in Italian. When Disney tried to enter the comics market in Italy, the name was so well known that they kept it. 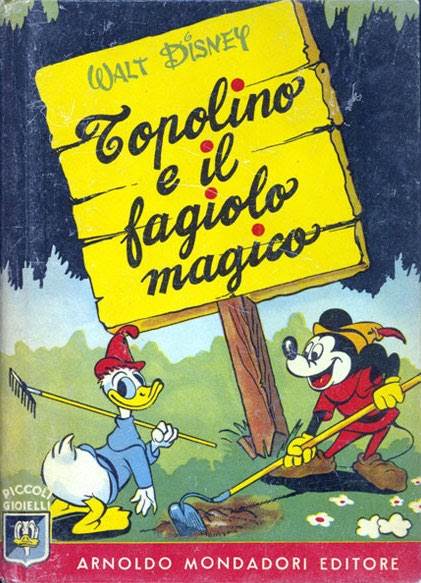 Walt Disney Archives Research Manager Kevin Kern then talked about some abandoned short and even feature concepts from Disney Animation that were recycled into the comics. A short about Mickey fighting a sea monster ended up becoming a popular comic story, as did a story called “The Golden Fleece” where Mickey was reimagined in ancient Greece. A feature film idea called “Morgan’s Ghost” where Mickey and the gang took on a team of pirates not only became a comic called “Donald Duck Finds Pirate Gold,” but also show similar staging in storyboards to what became Pirates of the Caribbean, leading Kevin to question if they had an influence on the theme park classic. 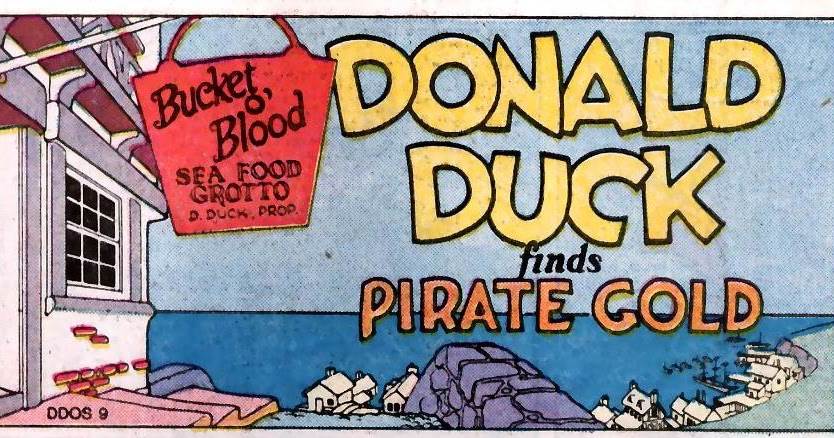 To close out the presentation, Kevin Kern also talked about a few more ideas for Mickey and his pals to lead features or expanded-length shorts. He showcased a few storyboards for deleted scenes in Mickey’s Christmas Carol and also talked about an earlier attempt at starring the gang in an adaptation of The Three Musketeers in the 1980’s, an idea that was later executed by DisneyToon Studios in 2004. In the original treatment, more classic Disney characters would’ve been included like Honest John and Gideon from Pinocchio as Cardinal Richelieu and his trusty page, Jose Carioca as Artemis, and Mr. Toad as King Louis XIV.