Welcome to Disney Extinct Attractions. My name is Cole Geryak, and I’ll be your conductor on today’s musical extravaganza.

As I talked about a few weeks ago, The Great Movie Ride recently closed to make way for the first ever ride based around Mickey Mouse. Obviously, Mickey is the key to most Disney Parks, being the true icon of the company. And although Mickey & Minnie’s Runaway Railway will be the first ride based on the main mouse, there have been other attractions based on him, one of which we’ll focus on today.

Disneyland has never had a marquee Mickey Mouse attraction in the parks. (I don’t really count Mickey and the Magical Map as a marquee production.) Sure, you could watch him at the Main Street Cinema, see him in parades like Mickey at the Movies or even meet him around the parks, but there was no main attraction dedicated to Mickey himself. So when the Magic Kingdom opened, the Imagineers ensured that absence did not happen again.

On October 1, 1971, the Mickey Mouse Revue opened (along with the rest of the Magic Kingdom) as Mickey’s first true E-Ticket adventure. For those wondering, an E-Ticket was the most expensive ticket that one could buy for an attraction. Until the 1980s, each attraction cost tickets, on top of park admission prices, and an attraction costing an E-Ticket generally meant that it was the best of the best.

Walt Disney hinted at the Mickey Mouse Revue in 1962 when he said that he planned for an attraction that featured “all of the Disney characters, so everyone can see them… I have in mind a theater, and the figures will not only put on the show but be sitting in the boxes with the visitors, heckling.” While Walt had no direct involvement in creating the attraction because of his untimely death, this statement shows that Walt wanted to ensure the parks had attractions revolving around the Disney characters everyone knows and loves. (Though today, I’m sure many people would be overjoyed to see a new original attraction in the vein of Pirates of the Caribbean or the Haunted Mansion.)

The Mickey Mouse Revue jumped all over the opportunity to water those roots and help a beautiful attraction blossom into full view of Disney park guests waiting to see their favorite characters.

The attraction began with a preshow focusing on everyone’s favorite mouse. Guests would watch snippets of Mickey’s short films and the use of sound in them, taking a journey through the evolution of the cinematic icon before transitioning to a montage showing Mickey as the guide to a group of guests touring the Disney theme parks. The elements of sound and Mickey’s leadership created a perfect transition into the main show. 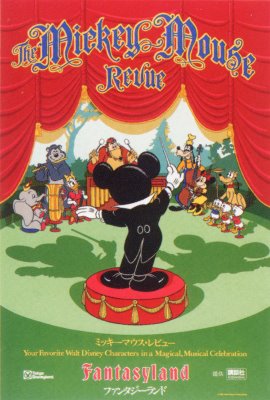 In the main show, Mickey serves as the conductor of an orchestra comprised of beloved Disney characters such as Goofy, the Mad Hatter, Winnie the Pooh, and Dumbo as guests embark on a musical trip through songs from Disney Animated Classics. 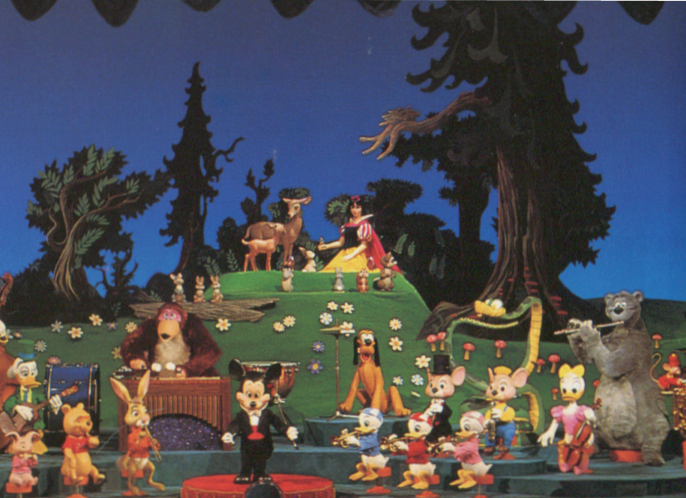 All of the elements in the show flowed really well from one song to the next, functioning in a way similar to the Country Bear Jamboree in that the musical guests appear all over the stage tying the entire show together. In fact, I would describe the show as a combination of the Country Bear Jamboree and Mickey’s PhilharMagic in that it uses the orchestra idea and melding of classic Disney songs seen in PhilharMagic and blends it with the Audio-Animatronic singing bears seen in the Jamboree. If you want to check it out, I definitely recommend it because this type of show is rarely seen anymore, and was a true master class of Imagineering.

As the 1970s were coming to a close, the Mickey Mouse Revue was losing its appeal in the Magic Kingdom, even being downgraded to a D-Ticket attraction. The show ultimately closed on September 14, 1980.  However, it was not ready to become extinct just yet because there was little park coming along in Japan that would soon be known as Tokyo Disneyland.

The entire attraction was uprooted and shipped around the world to become an opening day attraction at Tokyo Disneyland on April 15th, 1983, giving the animatronics the honor of saying that they had been a part of two different opening day ceremonies. Japanese guests tend to love the different characters more than American guests (Duffy, anyone?), so it was the perfect place for the show to be moved.

Back in the Magic Kingdom, no attraction opened in the Fantasyland theater until Magic Journeys in 1987, which was closed six years later to make way for the Legend of the Lion King. And the finally, eight more years later, Mickey’s PhilharMagic took over the Fantasyland Theater.

PhilharMagic also took the place of the Mickey Mouse Revue in Tokyo, but after a much longer stay of 26 years as opposed to the nine-year residence in the Magic Kingdom. The relationship between the two shows is fitting because the later show feels like a sequel to the Revue. Sure, Donald Duck is the focus of PhilharMagic, but they both meld together Fab Five characters with characters from the Disney animated classics through music. 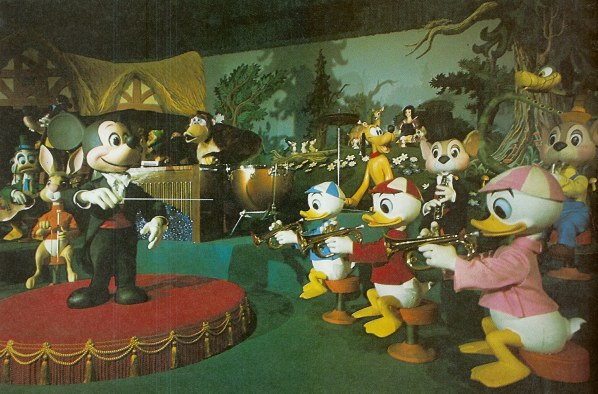 Overall, the Mickey Mouse Revue truly accomplished its goal of increasing the Disney feel within the park that faded with Walt’s death. The attraction is a joy to behold, and who hasn’t wanted to see an animatronic Mickey at some point?! It remains the only attraction to have an animatronic of Mickey Mouse within it (though, time will tell with that one), and the animatronics alone make it a spectacle to behold.

Now that we’ve revisited the Revue, let’s look at where we’ll be going next week.

I hope you enjoyed this look back at the Mickey Mouse Revue. It’s a bit on the shorter side, but the last couple of weeks have been very long articles, so it was a nice little break.