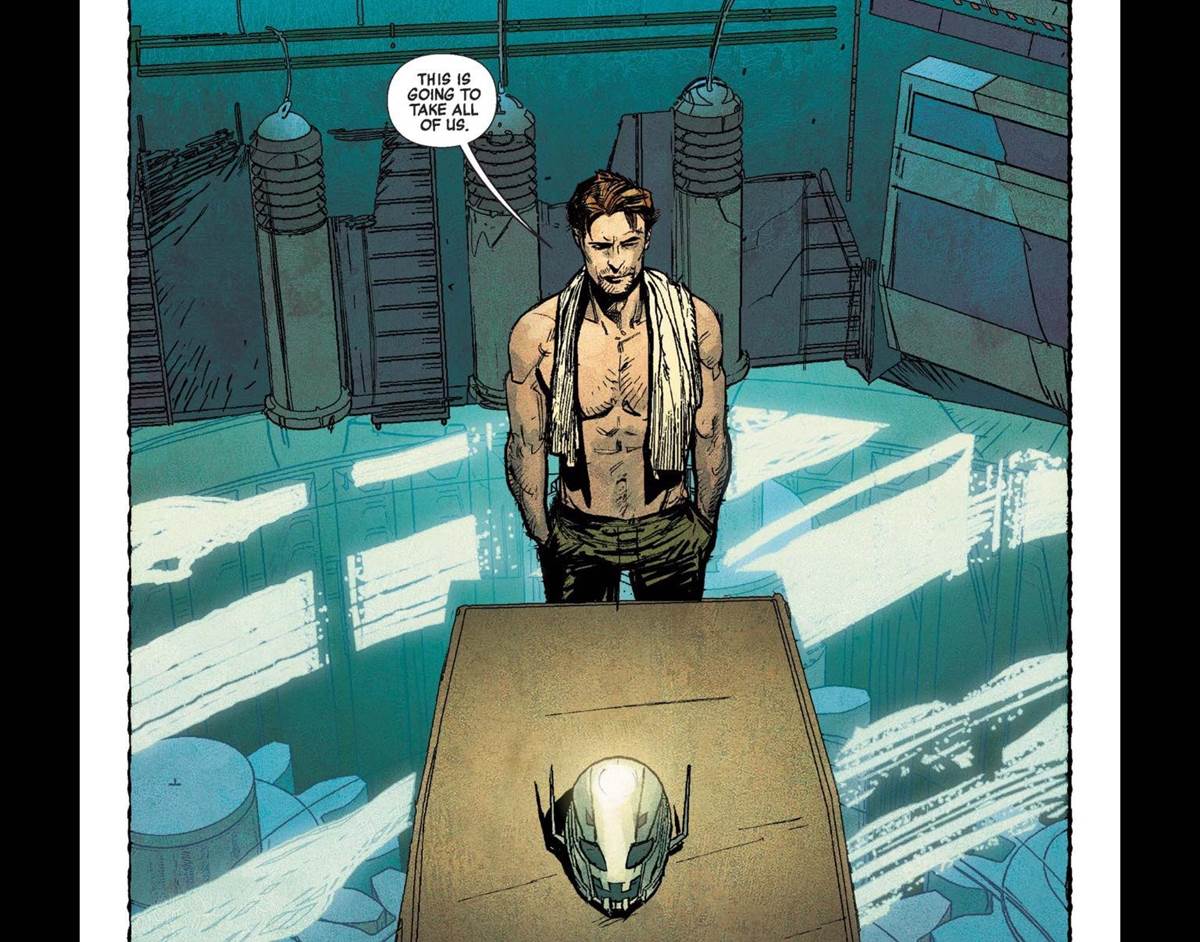 Ok, on its own, this panel may not seem like much. But with a little bit of context, this was one of the most exciting panels I’ve ever seen. See, Moon Knight has a long history of… not being all there. He has dissociative identity disorder and goes by three different names. It has gotten to the point where, when you’re reading a Moon Knight comic, it’s almost impossible to know what’s really happening and what’s just in his head.

So in Bendis’ run on Moon Knight, the former Avengers was teaming up with Captain America, Wolverine and Spider-Man to take down a crime ring who may or may not be in possession of an Ultron. Only, as you find out here in this panel, none of those other heroes are actually there. Moony has been talking to himself and working alone this entire time.

This, for me, was the quintessential Moon Knight moment that completely sold me on the character. It’s great that the three characters he was imagining are also perfect examples of parts of his personality. Captain America represents the honorable soldier who wants to do the right thing, Spidey represents the lost kid who’s in over his head and Wolverine represents the ultra violent killer. Moon Knight has all of that going on inside his head at all times and it’s all shown in this one very simple panel. 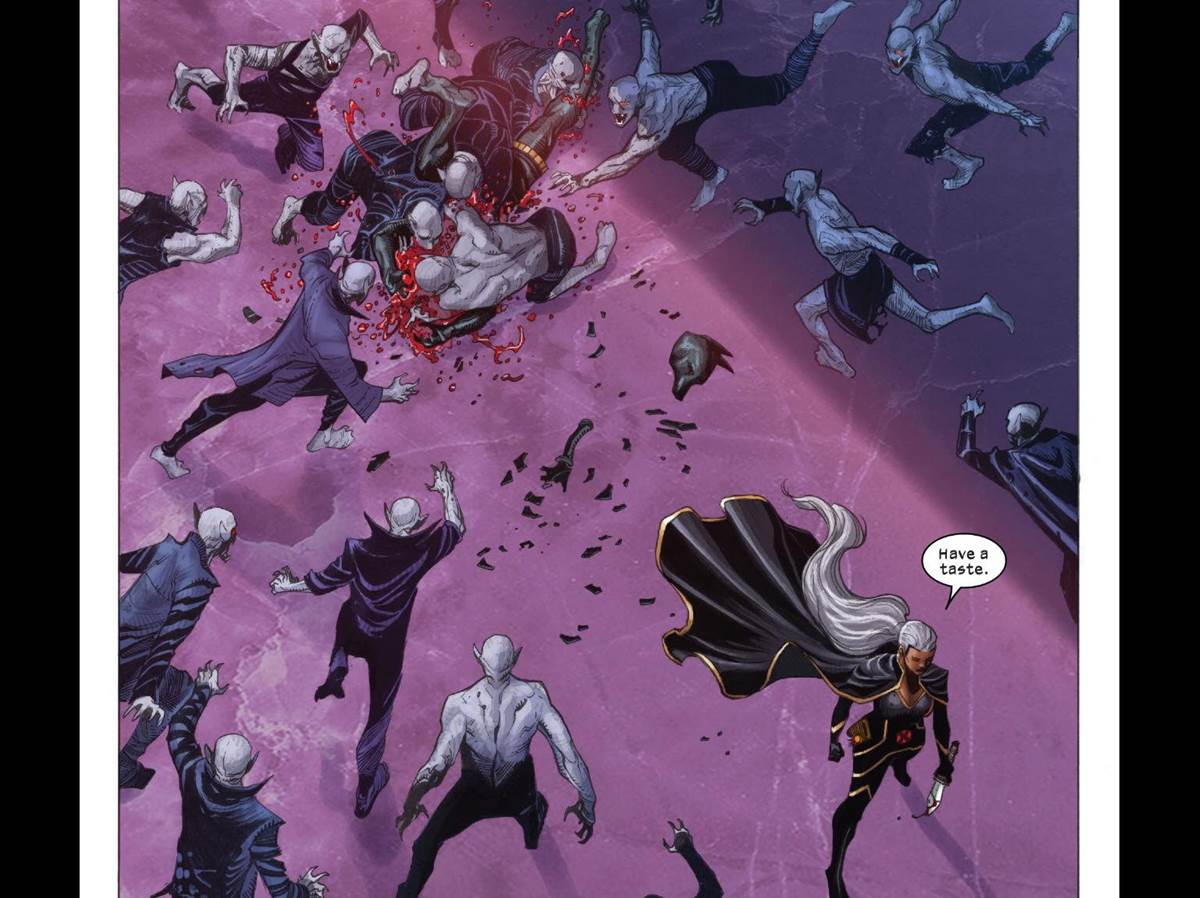 Now, I’ll admit that “X-Force #14” is not exactly my favorite new issue. The whole “X of Swords” story arc has been kind of all over the place and, while there has been plenty to enjoy, there’s been more to confuse and leave you wanting a different direction.

Still, sometimes finding your favorite individual panel is just about really cool characters doing really cool things. For context, and to somewhat explain just how crazy “X of Swords” is, Storm is facing Death (yes, Death) in a fight to the death as they are surrounded by the undead. The goal is to make your opponent bleed so that they are swarmed by an army of zombies.

As you can see, Storm wins this fight and rather than gloating or panicking or dropping from exhaustion she simply gives the zombies a simple instruction as the calmly walks off: “have a taste.” In a story arc that has made things look pretty hopeless for the mutants of Krakoa, this one panel reminds you that Storm is on their side. And Storm is not going to lose.