The third episode, directed by Clay Jeter, looks at how some of your favorite Marvel characters are brought to life by the artists who draw them. The episode focuses specifically on Javier Garron and Natacha Bustos from Spain and their amazing stories about how they create some of the most incredible visuals Marvel Comics have to offer. 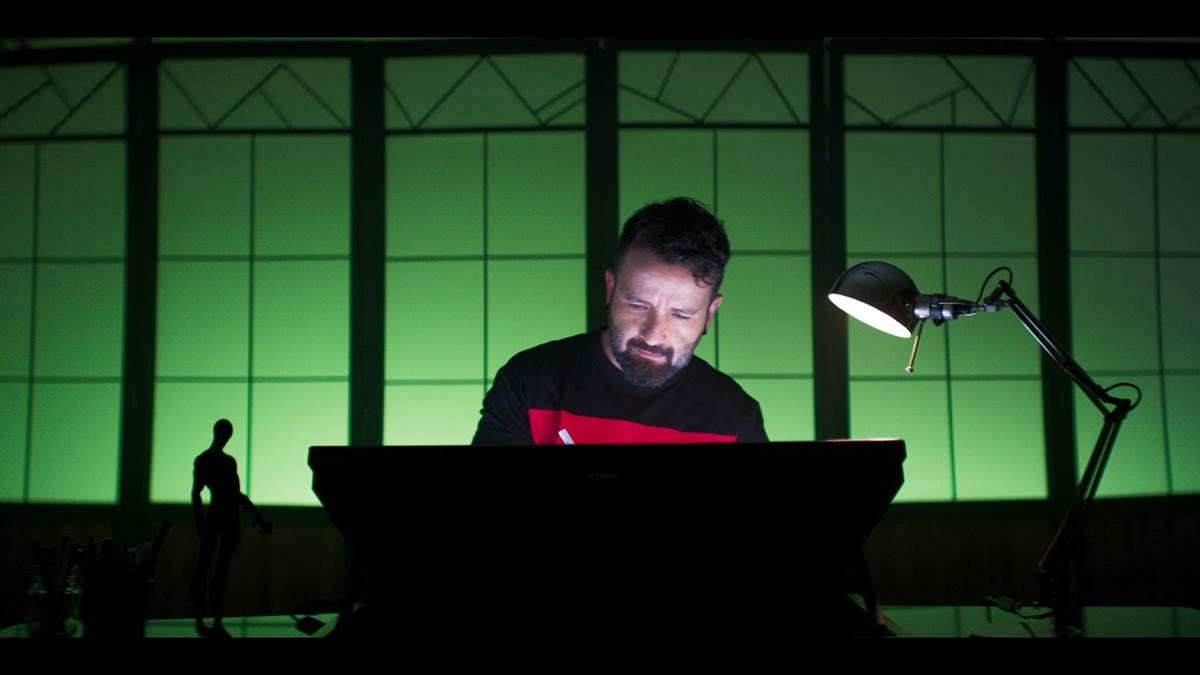 The episode opens with Marvel Editor in Chief C.B. Cebulski talking about how when Marvel started it was a bunch of guys living under one roof to create comics. Professor John Jennings joins to explain that, because they were so busy, Stan Lee would sometimes just come up with a simple plot, it would get passed over to the artist and that was how comics were created.

Cebulski explains that a new global creative culture helps Marvel to pull from all different types of storytelling from all over the world. Writer Saladin Ahmed joins to explain that people tell stories bade on their lives and experiences and that having creators coming from different places makes the stories better.

Next, we meet artists Javier Garron. He talks a bit about his childhood and how he read Disney comic books growing up. He tells a story of his father buying him a superhero comic when he was young and refers to this moment as “the beginning of the end.”

Next, we meet Natacha Bustos. She explains that she is biracial and that made her childhood difficult. Because of this, she was a very shy kid and was bullied. She also explains that she discovered her drawing talent when she was young. She mentions X-Men: The Animated Series as her inspiration to getting into superheroes and comics, specifically that she was a fan of Storm. She goes on to explain that she began to get recognized for her drawing, calling it her superpower. When those bullies started to notice her artistic talents, they would stop bullying her and ask her for drawings instead. She credits her talent with saving her in school.

Jennings comes back to explain that it can be very difficult for artists to not put themselves into their work. Bustos mirror this sentiment by showing that she uses pictures of herself as models when she draws Moon Girl for her “Moon Girl and Devil Dinosaur” series. Co-writer of the series Brandon Montclare explains that Bustos has contributed the most to the character of Moon Girl.

Montclare shares the history of Devil Dinosaur, who was created by Jack Kirby in the late 70s. The character was featured in his own series, along with a character known as Moonboy, that lasted only nine issues. Amy Reeder, the other co-writer of the new series, explains that she pitched the idea of creating Moon Girl as a modern girl.

Reeder talks about some of her original ideas for the character and Bustos talks a bit about how much she immediately loved Moon Girl. They also talk a bit about how Bustos employed a simplistic, cartoonish style for the comic because it was meant to be for kids.

We rejoin Ahmed as he explains that comic book creative teams are very similar to arranged marriages. A writer is assigned a story and an artist is a assigned to be paired with that writer. Reeder explains that sometimes you just get lucky and get the perfect pairing. Ahmed talks about the writing process being aimed not at the reader but rather at the artist, who then brings that story to life. 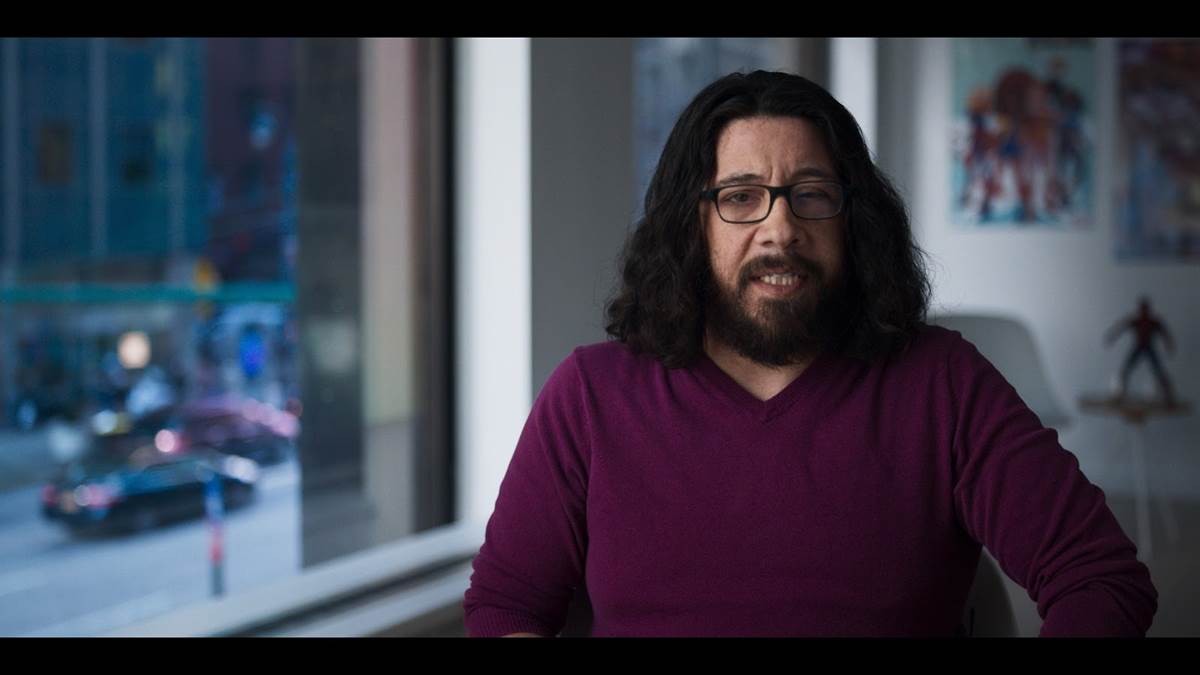 We then move into learning about Garron’s and Bustos’ processes and interestingly, they are very different in a lot of ways. Bustos explains that she reads a script several times before putting together a storyboard while Garron says he immediately takes out his notebook and begins sketching.

Cebulski explains the creation of Miles Morales by writer Brian Michael Bendis, which shook up the fandom and saw a lot of fans freak out at the thought of a black and puerto rican Spider-Man. He goes on to credit the visual world around Miles that Garron has created with making the character as popular as he is. Ahmed also credits Garron with creating the relatable style of Miles.

We then get a look at the daily routines of both Garron and Bustos. Interestingly, their routines are again very different. Garron is very structured, getting up early to go to the gym and going to bed shortly after he finishes his daily work. Bustos is much more relaxed, sleeping in and getting a lot of her work done in coffee shops where she meets up with other artist friends.

Bustos explains that she went to school for architecture because she knew she wanted to do something with drawing, but quickly realized it wasn’t for her. She transitioned into Fine Arts where she eventually found a class on comics. The teacher of that class became a mentor in what she calls a “pivotal moment” in her career.

Garron talks about how he knew how to draw characters but couldn’t draw cities. That led him to the decision to also pursue a career in architecture. His plan was to be an architect during the day but has nighttime comic writer as his secret identity.

Ahmed and Garron talk about their Miles Morales series being set in Brooklyn, which was a neglected setting in Marvel. Ahmed explains that he could draw his inspiration from living in Brooklyn all his life, but Garron had to work a bit harder, being in Europe.

Mirroring that segment, Bustos talks a bit about how she gets inspiration for the Lower East Side of Manhattan where “Moon Girl and Devil Dinosaur” is set. We see both artists working with satellite images of their respective sections of the city as they work to recreate their own original versions of those cities. 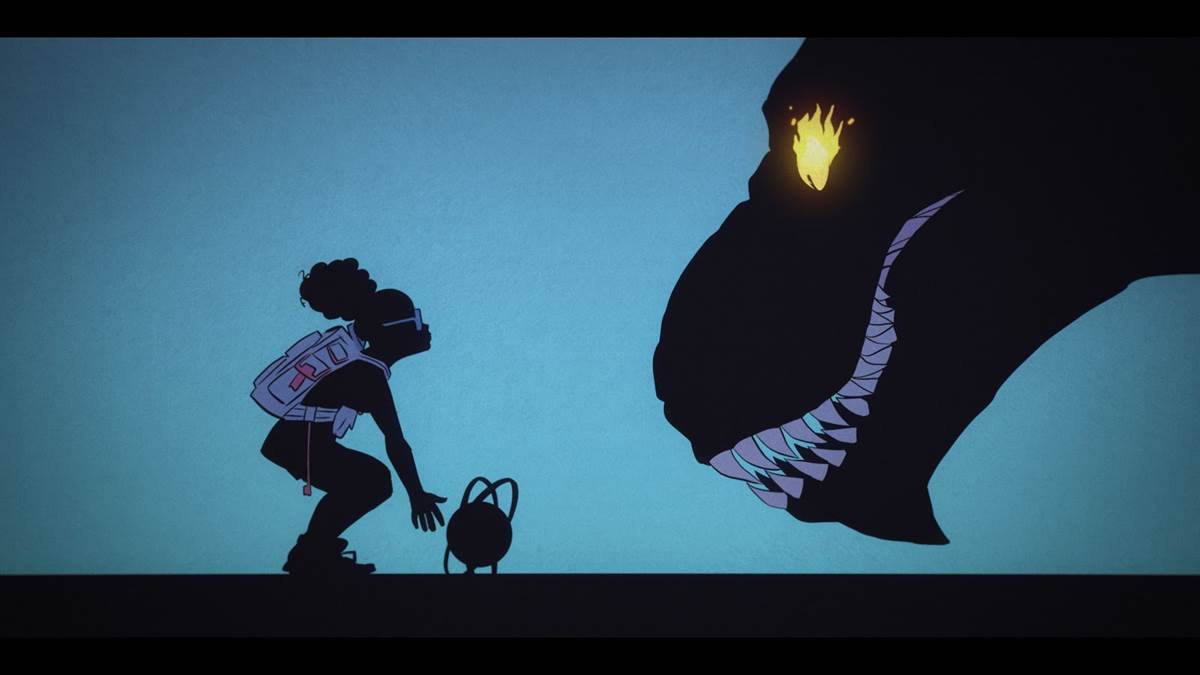 Garron goes further with his story, saying that he gave up on architecture because he simply wasn’t passionate about it. He worked part-time in a story while working tirelessly to build up a portfolio of sample pages. Eventually, he quit his job and committed fully to drawing. He went on to hire an agent and after some time without finding work, the agent told him he wasn’t good enough and editors didn’t like his work.

Continuing Bustos’ story, she talks about getting a job in graphic design after college. Eventually she met an editor who gave her a job on a comic. That comic was 130-page story about Chernobyl. She explains how hard the work was and that by the time she was finished, she almost quit drawing comics.

Back to Garron, he explains that he fired his agent and went back to work for himself. He decided he had enough money to draw full time for six months and if he couldn’t find work in that time, he would quit. He eventually got an assignment to draw 11 pages in nine days and when he completed it, the editor offered him work with Marvel.

Bustos eventually got a job with Marvel working on Spider-Woman and that got her on a list of artists for the “Moon Girl and Devil Dinosaur” job. Montclare explained that there was a challenge to pick Bustos because they could have gone with a bigger name or someone with more experience. Eventually they decided no one would put themself into the character as much as Bustos would.

Next, we get to see a bit of the finishing process for both Bustos and Garron. Bustos talks about cleaning up some lines and the excitement she feels after seeing her pages completed by the colorist. Garron talks about interacting with fans who have connected with Miles and calls the feeling “priceless.” Bustos echoes this sentiment, talking about the pride she feels when she sees people cosplaying as Moon Girl. As the episode comes to a close, Cebulski explains that these creators from different cultures can help to inspire children from all over the world because they see someone like them creating these stories. The episode ends with an encouraging message from both Garron and Bustos to artists, that their dream is possible.