The fifth episode, directed by Andrew Rossi, takes an intimate look at five cosplayers from across the country as they prepare their designs for New York Comic Con. Not only do we get to see what these incredibly talented people can do, but we also see just how impressive the cosplay community can be as a whole. 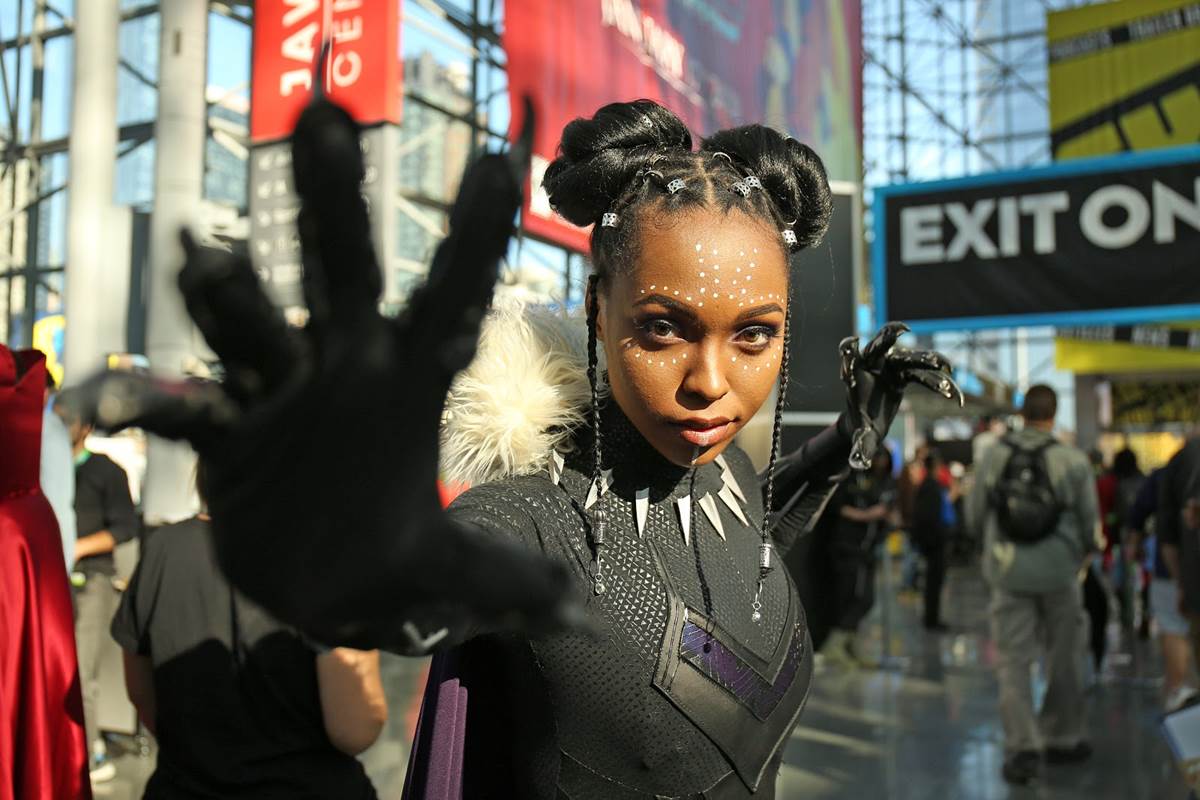 The episode opens with Marvel New Media’s Lorraine Cink explaining the concept of Cosplay and the origin of the term. She talks a bit about the origin of cosplay, or costume play as she explains, and the conventions at which it became so popular. She specifically gets into New York Comic Con, referring to it as Marvel’s home con. It becomes clear right away that NYCC is the big show on which this episode will be focused.

Next, we meet our first cosplayer: Jasmine. She talks about all of the work that goes into creating each and every costume she puts on and how her husband is there to help her every step of the way. We get to see a photo shoot of Jasmine in a Rogue costume as she transforms into the X-Men character.

Jasmine is a bit different from the other cosplayers featured in this episode as she is a very popular artist and personality with more than 172k followers on Instagram. She talks a bit about her job as a concept artist for a video game company. While this job tests her creative abilities, cosplay allows her to be creative in a different way.

Jasmine begins explaining some of the comic book history of Shuri, the sister of the Black Panther and eventual Black Panther herself. We then get our first look at Jasmine’s really incredible Shuri costume that she plans to wear for New York Comic Con.

Next, Judy Stephens, Producer at Marvel New Media, talks a bit about the inclusivity of the cosplay community before we’re introduced to Marcy, our next cosplayer. Marcy talks about their love of Doctor Strange and we see them searching for fabrics for their New York Comic Con costume.

Building on the established topic of inclusivity in the cosplay community, Marcy talks about not needing labels and the fact that anyone can cosplay as any character they want. They also explain that they’ve never felt connected to either gender and prefer they/them as their pronouns. Marcy explains that, regardless of gender or anything else, cosplay is for everyone.

We then get a look at another costume Marcy created, which is a female Loki costume based on a combination of comic elements and runway fashion. They then display the costume on the streets of New York as the God of Mischief poses for photos with a city backdrop. 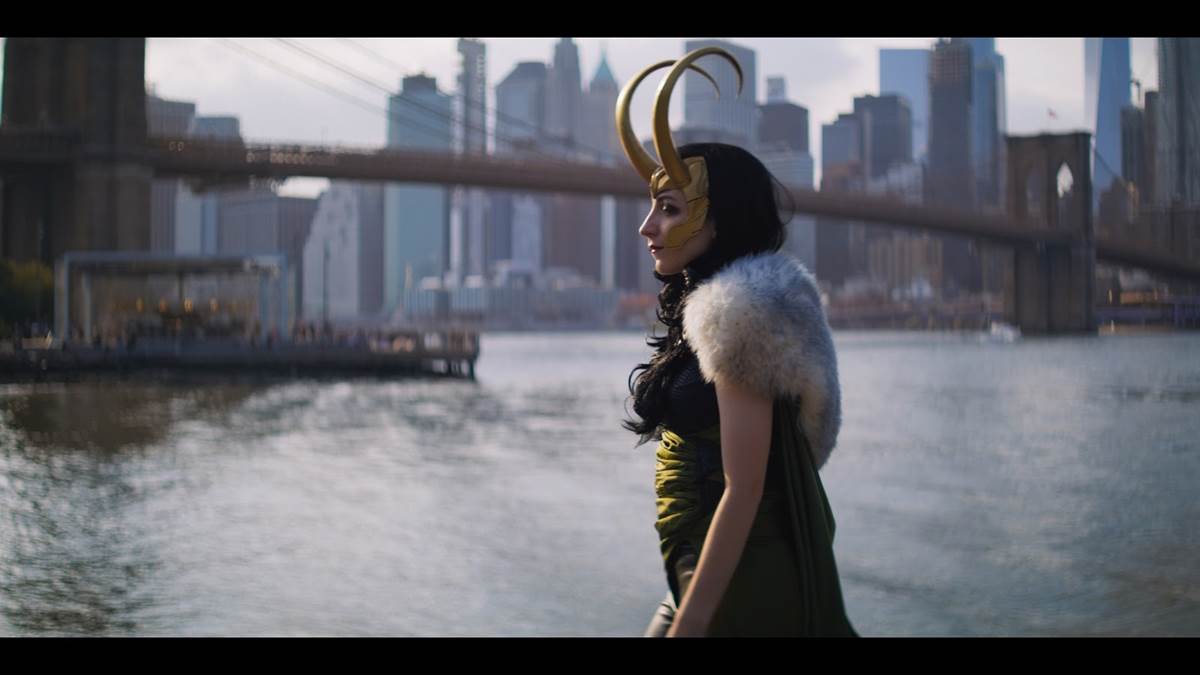 Next, we hear from psychologist and cosplayer Dr. Drea Letamendi who explains that people become attached to cosplay because of the relationships they have with these characters and the idea of being a hero. We’re then introduced to Josh and his wife Trish, who will both be preparing to cosplay at New York Comic Con. Josh explains that he has comics in his blood as his great grandfather was a writer for Timely Comics, the predecessor to Marvel.

Josh goes on to talk about his love for Captain America and explains that he is recreating the character’s classic star-spangled suit. We get to see Josh and his team creating this incredible costume before Trish and their daughters come in to see how it’s going. We then learn that Trish is going to be cosplaying for the first time ever. She’ll be joining her husband at New York Comic Con, fittingly as Peggy Carter.

Cink returns to explain that cosplayers sometimes feel a connection to a specific character, seeing pieces of themselves in them. We’re then introduced to Amanda, our fifth and final cosplayer. She explains that she works with animals because it comes more easily to her than working with other people.

Amanda shows off a photo of her with Stan Lee in her second cosplay she ever made, a Doctor Strange costume. She talks about her two dogs, Merlynne and Kriby, the latter of which is named after legendary Marvel Comics writer Jack Kirby. She then shows off some of the incredible comics she’s made… for her dog Merlynne. We get a look at her dog wearing an impressive Iron Spider costume at a past convention.

Amanda explains that she was always very shy and wouldn’t talk to other people, which left her with very few friends. She then reveals that she recently learned that she has autism. Merlynne is her service dog trained to help her with sensory overload. Amanda explains her attachment to Moon Knight, a hero with a disorder, and we get to see her put on an amazing costume she made of the character.

Amanda goes out to meet with a group of cosplay friends. She explains that she actually made most of her friends through cosplay because of how much easier it mad it for her to talk with people. Amanda reveals that she will be going to New York Comic Con as Cable, with her friend joining her as Cyclops. 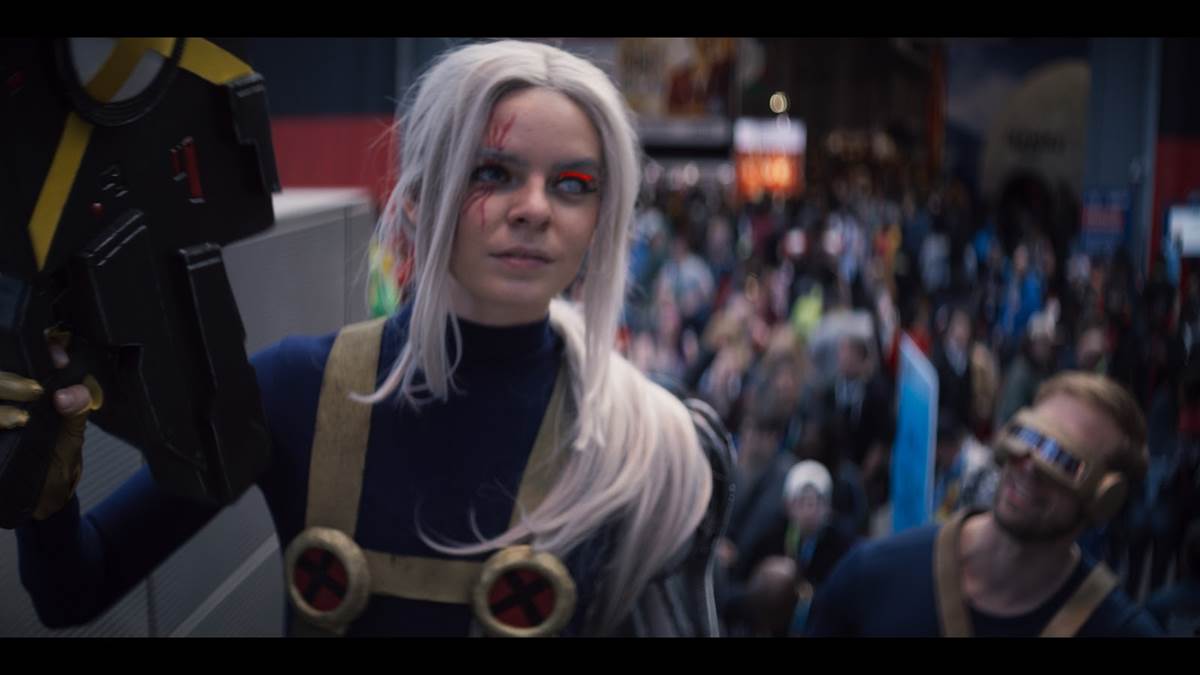 We rejoin Marcy in New York as they make their way through the city dressed as Magneto. They laugh that they’ve ridden the subway in full costumes quite a few times and explain that New Yorkers might stare a bit but they never bother or heckle in any way.

Next we revisit Jasmine as she and her husband prepare to head to the convention. We get to see Jasmine applying parts of her costume and just how much of a perfectionist it is when it comes to cosplay. The two of them run through their pretty unique checklist as they get ready to head out.

Cink explains that the thing she loves about New York Comic Con is that it’s the home of superheroes, as we see some really impressive cosplays from the convention. Photographer Jason Laboy explains that the convention has grown and this year’s event would see 350,000 guests. Cosplayer Jay Justice explains that you don’t have to know everything about a property or a character to cosplay, it should just be fun.

We then rejoin Josh and Trish as they arrive at the convention as Captain America and Peggy Carter. Trish admits that she always understood the cosplay community but now it’s different for her being immersed in it. The couple poses for photos with guests of all ages at the convention. 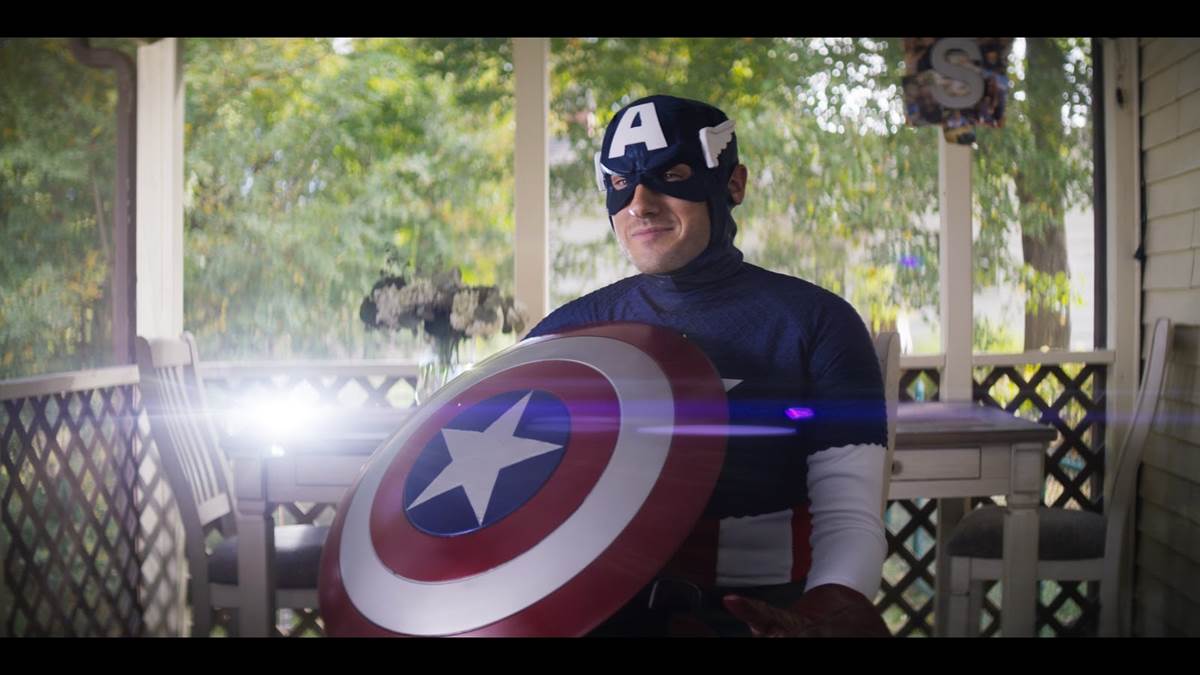 Jasmine arrives at the convention in her Shuri costume and begins posing for photos with guests as well. Her husband explains that when he sees her in her finished costumes and interacting with other guests, he can’t help but feel proud of her. Jasmine explains that loves the opportunity to dress up as strong female characters and hear that children are looking up to her as an inspiration.

We then get to see Amanda’s finished Cable cosplay. She talks about some of her favorite details about the character and her costume. She admits that she hasn’t been able to get anywhere in the convention because guests keep stopping her for photos. While she also admits she’s been depressed living in her own skin, when she puts on a costume she doesn’t feel like an outsider and she can meet new people and make friends.

Marcy arrives in their Doctor Strange costume as they explain how satisfying it is to put on a completed costume and show it off to the public. They specifically mention the cape in this particular costume as one aspect of which they’re especially proud.

Cink returns to explain the Marvel Becoming Costume Contest, an event she hosts at the convention. Jasmine is one of the judges for the contest, which features some really incredible costumes, including Marcy’s Doctor Strange. Jasmine talks a bit about what kind of criteria she uses to judge a contest like this as more and more amazing cosplayers take the stage. Marcy steps up and explains that it’s not scary to take the stage in a contest like this because you just have to show off your costume and nothing more is really expected. We get a bit of a behind-the-scenes look at the judges room for the costume contest before Jasmine announces the winner – a group dressed as the Border Tribe from Wakanda. 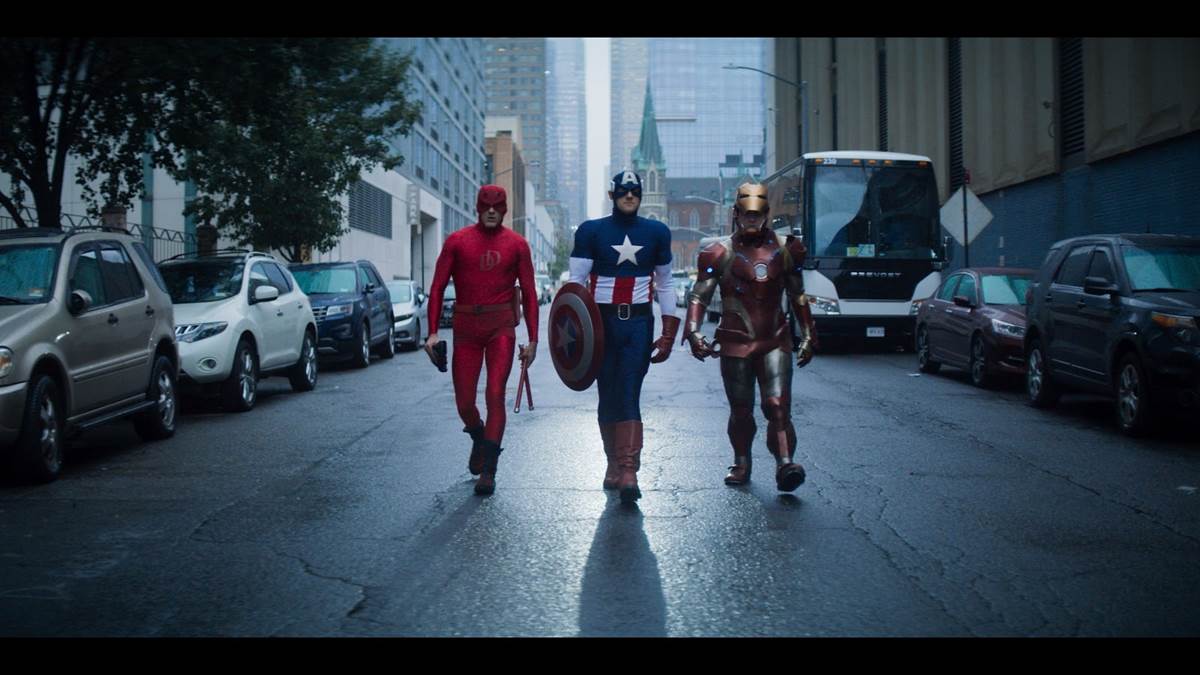 As the episode begins to come to a close, Josh and Trish talk more about the incredible feeling of posing for photos in your costume at a convention. Cink explains that it’s important for people to have a hero to look up to that they identify with. Finally, Marcy explains that people should have a chance to see themselves as heroes.