The sixth episode, directed by Sarah Ramos, dives into the symbiotic relationship between toys and comics, plus the imaginative professionals melding the two. The episode, titled “Unboxed,” specifically looks at Hasbro, Funko and New York Toy Fair. 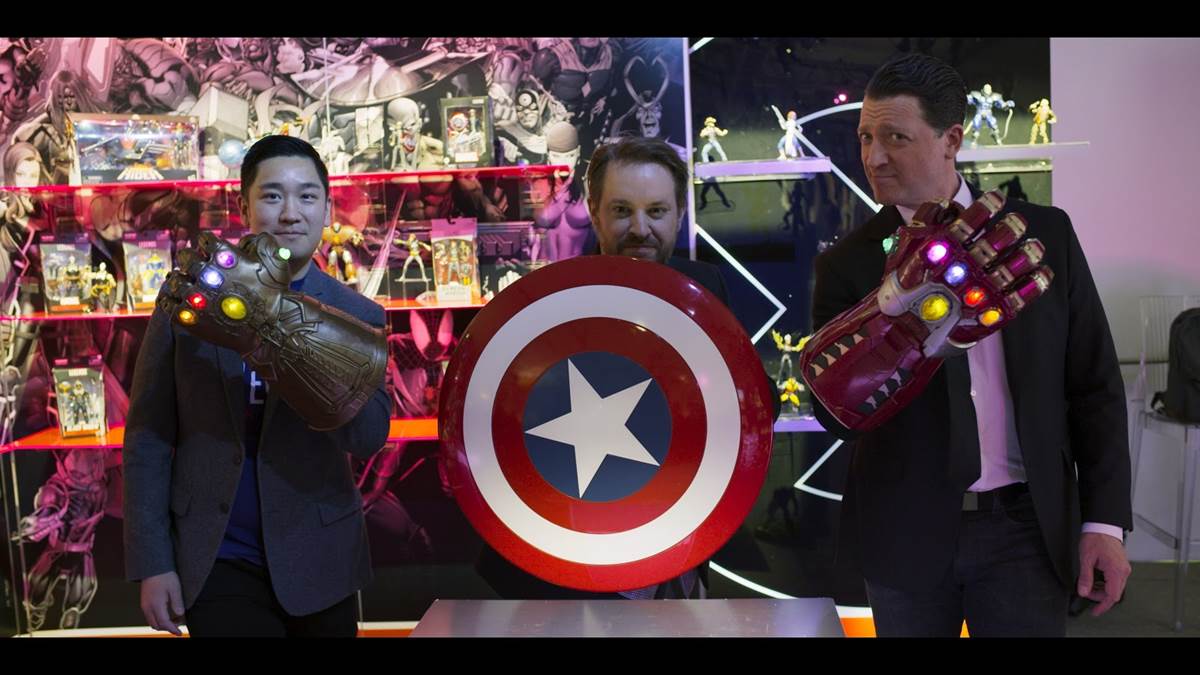 The episode opens by introducing us to toy photographer Mitchel Wu, who takes us through his process. He also tells his story of how he got to this unique profession, transitioning from a wedding photographer to a toy photographer. We get to see him intricately construct a photo of Squirrel Girl fighting Thanos, with all kinds of effects being employed. The finished product is a great shot of a completely ridiculous battle.

This episode features a lot of really great footage of old toy commercials, which we get to see next as Wu explains some of the history of toy companies creating Marvel toys. Then, Jesse Falcon from Disney Consumer Products joins in to explain some more of the history, including the introduction of the Marvel Comics arv “Secret Wars,” which was created as an avenue to make and sell a new line of toys.

We then hear from toy designer David Vonner about how the comic industry crashed shortly after, which resulted in Marvel being purchased by Toy Biz. Falcon explains that Toy Biz started making all of the Marvel toys and had a responsibility to bring Marvel characters to life.

Next, we meet toy designer Ann Jasperson, who worked for Toy Biz on hundreds of Marvel action figures. She admits that she never knew just how big the Marvel Universe was. She also shares her story of drawing as a child and never thinking she could actually make a career out of it.

Vonner returns to tell his childhood story of his mother reading him Thor stories which got him hooked on comics. He explains that Toy Biz was like a university to him. Falcon talks about how he would play with paper cutouts of Marvel characters as a kid. That eventually led to him making models of figures in college and bringing them to an interview at Toy Biz, which immediately got him hired. 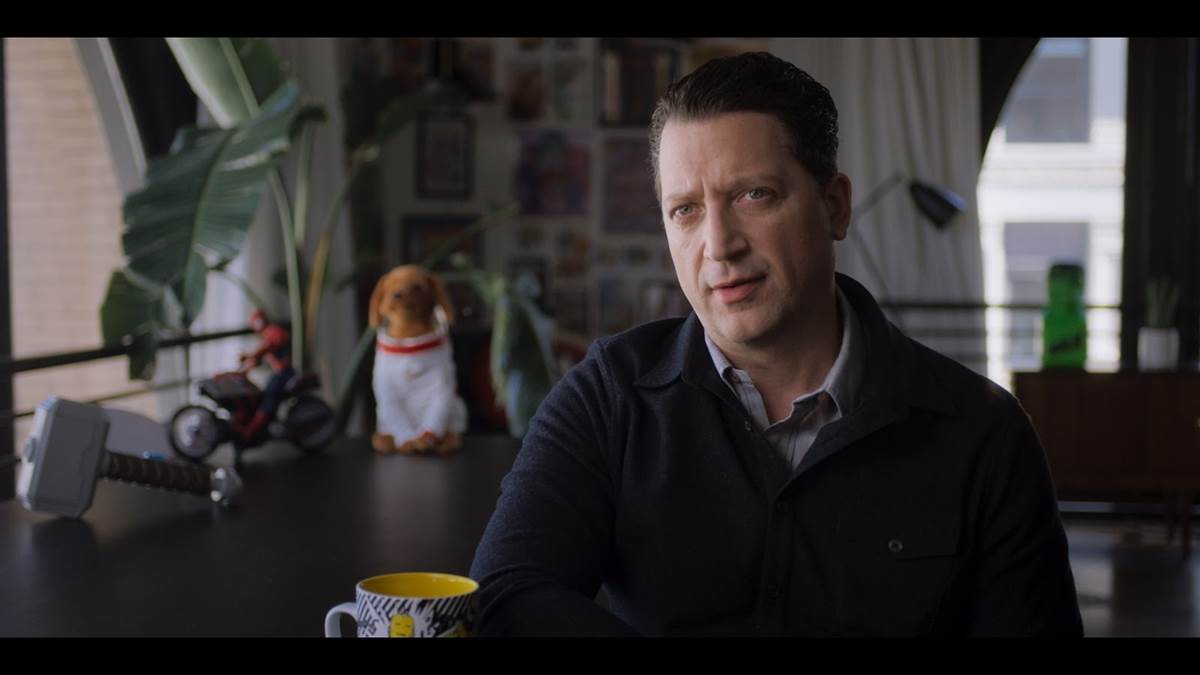 Falcon explains that, at this time, Marvel was just started to roll out some really great content with their comics. We then meet JoAnn McLaughlin, EVP of Product Development at Toy Biz from 1992 to 2007. She explains that action figures at this time were really all the same size and scale and that needed to change. The result was a Spider-Man collection with characters at different sizes and enhanced articulation. Falcon explains that it was McLaughlin’s idea to call the following collections “Marvel Legends.”

Jasperson then gives us a look at her process for creating a toy’s concept drawing. She specifically mentions exaggerating the muscles, saying “you do not have small biceps on a Marvel action figure.” We very quickly get to see her original rough sketch transition into a finished drawing as Vonner explains that the toys they were creating actually began to influence the comics. 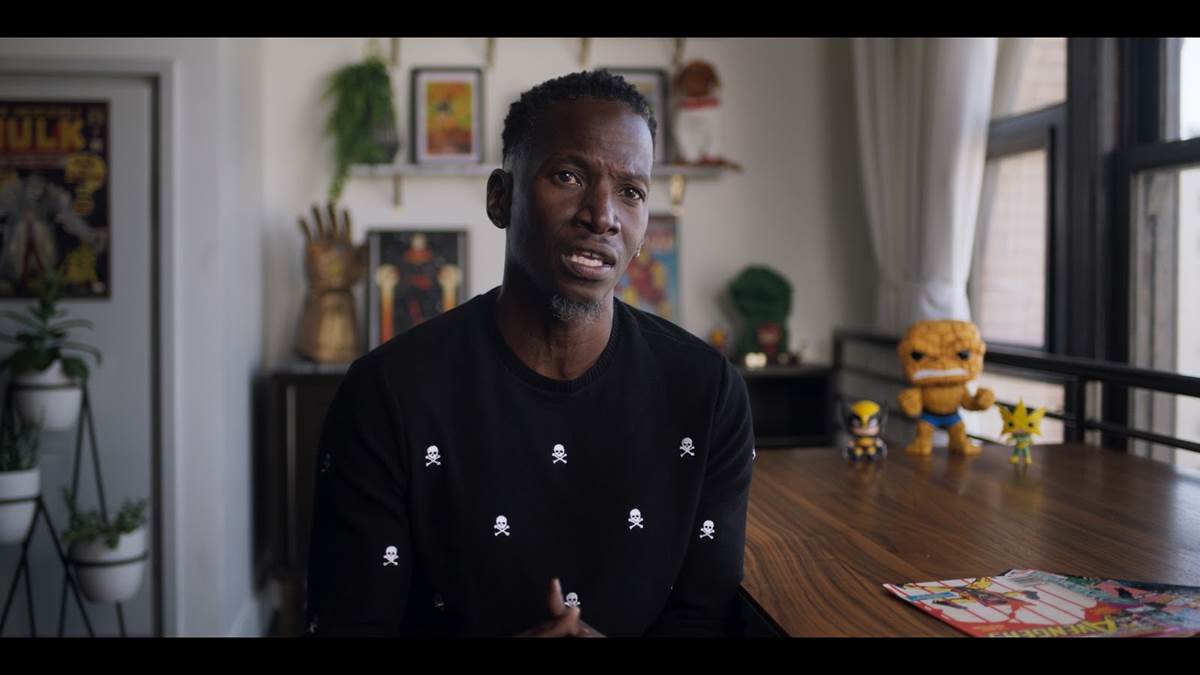 McLaughlin explains that Hasbro took over from Toy Biz in 2007, and that’s when we meet Hasbro’s Dwight Stall. He explains his childhood story of finding X-Men comics and immediately becoming hooked on the Marvel Universe. He jokes that there are a lot of like-minded weirdos at Hasbro and that makes it fun.

We then meet Hasbor’s Ryan Ting, who laughs that he gave thousands of dollars to Hasbro before getting a job with them. He shows off his impressive collection of toys and trading cards as he explains his passion for Marvel. We get to see Ting photographing a Doctor Doom and Fantastic Four set for the toys’ packaging, as he painstakingly focuses on every little detail.

Stall talks about Hasbro’s introduction to creating the Marvel Legends series. He explains that they stumbled a bit in the beginning before starting from scratch and creating the amazing line we know today. Ting talks about adding things like vehicles to the collection because they know the fans love that kind of stuff.

We then rejoin Wu as he prepares another photograph, this time with Professor X in his hover chair, Dazzler, Storm and Psylocke. We get to see not only his photography process, but also his editing process after his is finished taking the photos. We then jump from Hasbro to Funko. Falcon explains that their style of creating toys has much more to do with pop culture than with the mechanics of the actual toys. They also have a much more whimsical focus. Sean Wilkinson, Senior Creative Director at Funko, joins in to explain the story of how Funko came in to being when the original owner sold the company to the owner of Big Boy restaurants.

Wilkinson talks about working with Marvel and how exciting it was for him as a big Marvel Comics fan. He admits that creating toys based on this iconic characters could be a bit intimidating but it was also a lot of fun for him. He refers to Funko’s style as “the science of cute.” We then get to see him give notes to sculptor Calvin Luu, who is showing off a new design for a Thor Funko Pop! Figure.

Next, the focus shifts specifically to Funko’s Venomized series, as we see Luu designing a venomized Groot figure. He talks through the process of creating a new look for the character without looking like they’re just throwing Venom on top of the character.

We then head back to Hasbro where Stall shows off their working archive, a room filled with more Marvel action figures than you can imagine. He then introduces us to their next project, which is a Cyborg Spider-Man figure. He talks through some of the character’s story before getting into the creative process of turning images from an old comic into a figure. We see him digitally modifying a 3D sculpture before adding color and design to it and passing it along to the model department. 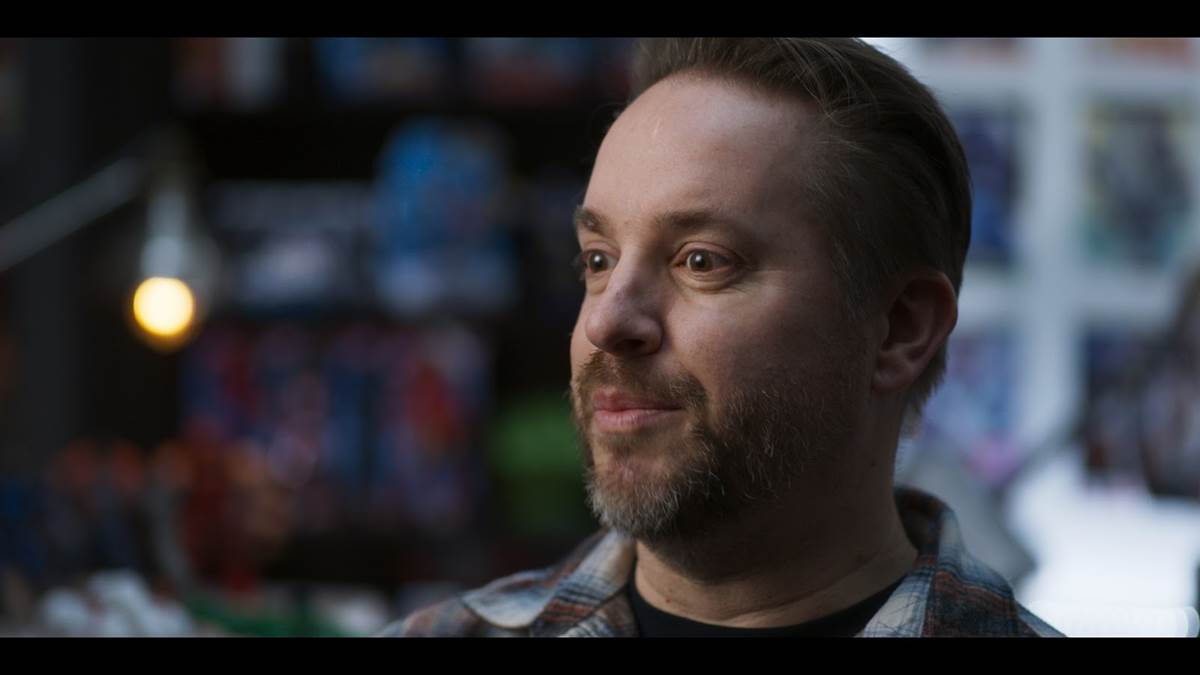 There, model artist Laura DeLorenzo- Jones begins hand painting a physical model. She explains that when she first started this job she wouldn’t drink coffee because she was nervous her hand would shake, as we see her painting every little detail on the model.

We then jump to New York, where Wu explains that the New York Toy Fair is the biggest toy trade show in North America. He also explains that it’s a big deal for him to be brought in as the event’s inaugural photographer. We then meet Wu’s wife who admits she never thought his job would lead to such a big stage and she always thought he was just playing with toys.

We then get an overview of New York Toy Fair as an array of designers talk about just how magical this event is and how much work goes into it. We get a look at Wu’s exhibition of over 70 images at the event, before seeing him introduced to the crowd as the ribbon is cut for the toy fair.

As the episode comes to a close, all of the designer and others we heard from in this episode talk a bit about how far toys have come over the years and how happy and lucky they are to be doing the jobs they do. Wu explains that even if there was no way for him to have a career in toy photography, he would still be taking photos of toys because it makes him happy. 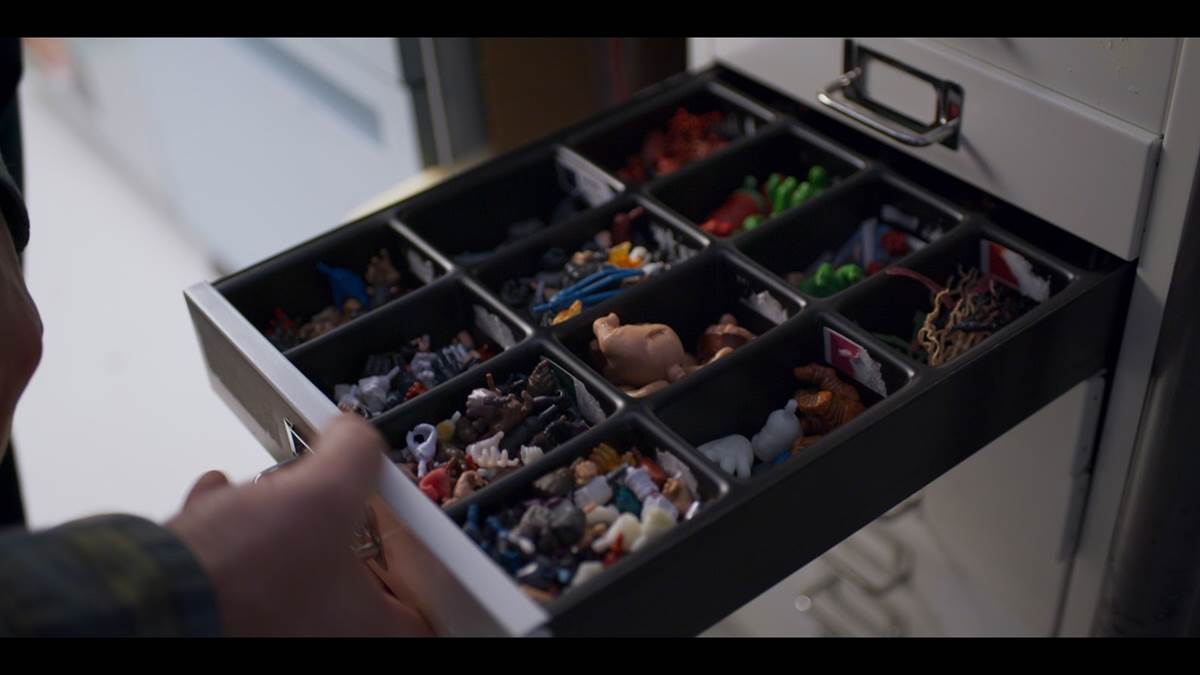 Falcon explains that he thinks play is very important to us as beings. Jasperson talks about how playing with these toys fosters imagination and changes the way we look at things. Finally, Stall talks about watching his children play with the toys he’s created and seeing how much power these little plastic figures have behind them.