Movie Review: “Godmothered” is a Sugary Sweet Holiday Comedy About Believing in Yourself

Disney+ continues what I hope will become an annual holiday tradition with a new Christmas movie premiering on December 4th. The launch of the service last year included Noelle, a film about Santa’s daughter who dreams of wearing the big suit someday. This year’s holiday treat doesn’t look like a Christmas movie at first glance, but Godmothered most certainly is.

Set in a magical realm, Eleanor (Jillian Bell, Bless the Harts) is a Fairy Godmother in Training under headmistress Moira (Jane Curtin, The Shaggy Dog) where magic is dwindling due to a lack of belief in the mortal realm. Encouraged by her friend and the film’s narrator Agnes (June Squib, Toy Story 4), Eleanor finds the last letter written to a fairy godmother from Mackenzie and departs to help make her dream come true. The only problem is the letter turns out to be 30-years old and Mackenzie (Isla Fisher, Confessions of a Shopaholic) is now a single mother whose career hasn’t gone according to plan. 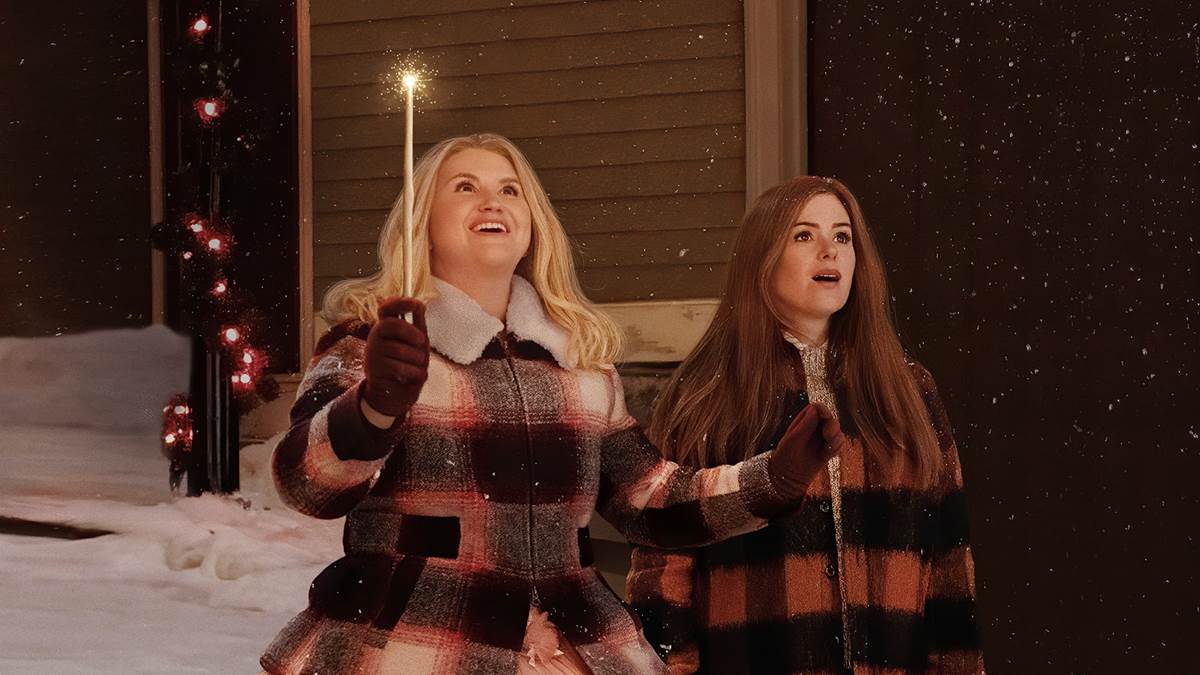 Where Christmas comes into the story is that Eleanor arrives in Philadelphia in December. It’s a bit of an afterthought at first, but the holiday setting actually helps the magical aspects of the film feel more grounded. At this special time of year, we believe in the impossible and find ourselves more open to stories like this. It’s more of a fairytale come to life, but aren’t all the best holiday films that way?

Godmothered suffers from taking a few too many pages out of Enchanted’s playbook to the point where it starts to feel like a cheap copycat. Most of the humor comes from Eleanor’s lack of understanding of the human world doing things like Giselle, likening a semi truck to a pumpkin carriage and believing television is magic. It’s not a musical, but she falls in love with The Sound of Music and burst into songs from it throughout the film. Jullian Bell is charming in this role, but it’s hard to not draw comparisons to Amy Adams and for that the film suffers slightly, unless you somehow haven’t seen Enchanted. Isla Fisher is delightful as Mackenzie and gives a performance that really carries the heart of the film. While she delivers quite a few laughs, she mostly plays the straight character here, having things done to her rather than doing comedic things herself. The biggest laughs come from Stephanie Weir (MADtv) as the co-host of the struggling news show Mackenzie produces. While not essential to the plot, you end up wishing you got to see more of her.

Directed by Sharon Maguire (Bridget Jones’ Diary), Godmothered is ultimately a sweet story about believing in yourself and others. It depicts a special bond between a mother and her daughters that gives you the warm fuzzy feelings and helps to dilute some of the overly sweet fairy godmother moments that feel like they’ll give you cavities. But through all the saccharine sweetness, it’s actually a very tenderhearted film and one the whole family can enjoy this holiday season. I give Godmothered 4 out of 5 rounds of “My Favorite Things.”