If it’s illegal, it can be trafficked and the new National Geographic documentary series, Trafficked with Mariana van Zeller, explores a wide variety of illegal trafficking topics over the course of eight episodes. From people and animals to drugs and money, this exciting series finds the Peabody Award-winning journalist hitting the streets to uncover the truth. More often than not, what Mariana van Zeller is doing is very risky and she and her film crew often put their lives in danger.

Traveling the world in 2019, Mariana explores topics that include scams, fentanyl, tigers, steroids, counterfeit money, prostiitution, guns and cocaine. The series has received a lot of podcast cross-promotion in the days leading up to its premiere, including an episode of Overheard at National Geographic that offers a preview of the episode on tigers and ABC News’ Start Here, which offers a look at the double-length episode on guns illegally smuggled over the Mexican border. On top of that, viewers are able to extend their experience with a companion podcast that premieres on December 3rd, one day after the series launches on National Geographic. 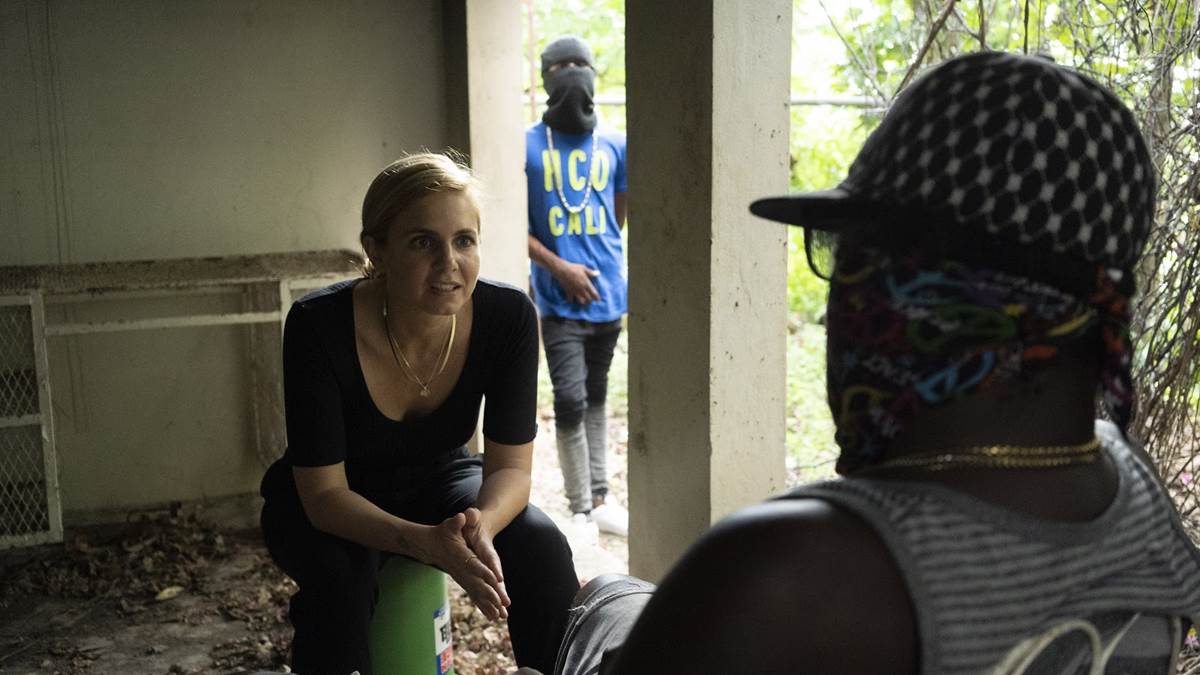 Viewers will feel a tremendous amount of gratitude for the work Mariana van Zeller is doing, bringing them information that can potentially save their lives and livelihood. From understanding how to recognize phone scams and harmful drugs to advocating for the proper care and wellbeing of big cats in captivity, each episode offers a valuable lesson in addition to being gripping and entertaining. Occasionally episodes are accompanied by a viewer discretion warning, but the series blurs out anything that would be exceptionally graphic.

The editing of each episode keeps the pacing lively and exciting. The show often provides beautiful establishing shots before narrowing in on a gritty area where illegal activity is taking place. But shockingly, viewers will often see these acts occurring in plain sight, the kind of exchange you see every day on your daily commute without thinking anything nefarious is going on.

Trafficked with Mariana van Zeller leaves you wanting more before each episode ends. Like many of the substances trafficked, it’s highly addicting and I hope it continues for additional seasons. It continuously leaves your jaw dropped and your eyes wide open.