It goes without saying that “Infinity Gauntlet” is one of the most iconic Marvel Comics stories of all time. And thanks to the Marvel Cinematic Universe, the story has seen a resurgence in popularity. Well, the comic story is a bit different from the movies, but it still has this great faceoff between Cap an Thanos.

“As long as one man stand against you, Thanos, you’ll never be able to claim victory.” This is one of Captain America’s most memorable lines. And that means a lot when you’re talking about a character with as many great lines as Cap. It’s the quintessential Cap moment, casually approaching an enemy with god-like power after he just watched him brutally kill all of his friends. It’s these kinds of moments that make Cap the character he is. Thanos also gives the perfect response, unphased by Cap’s bravery.

This moment is recreated in the MCU, twice (both Avengers: Infinity War and Avengers: Endgame). It is pretty drastically changed from the comic, but it still holds all the same meaning as Cap stands tall against Thanos all by himself. Of course, things don’t go his way in the comic, or the first time in the movies, but you can bet he would do it all over again. He can do this all day. 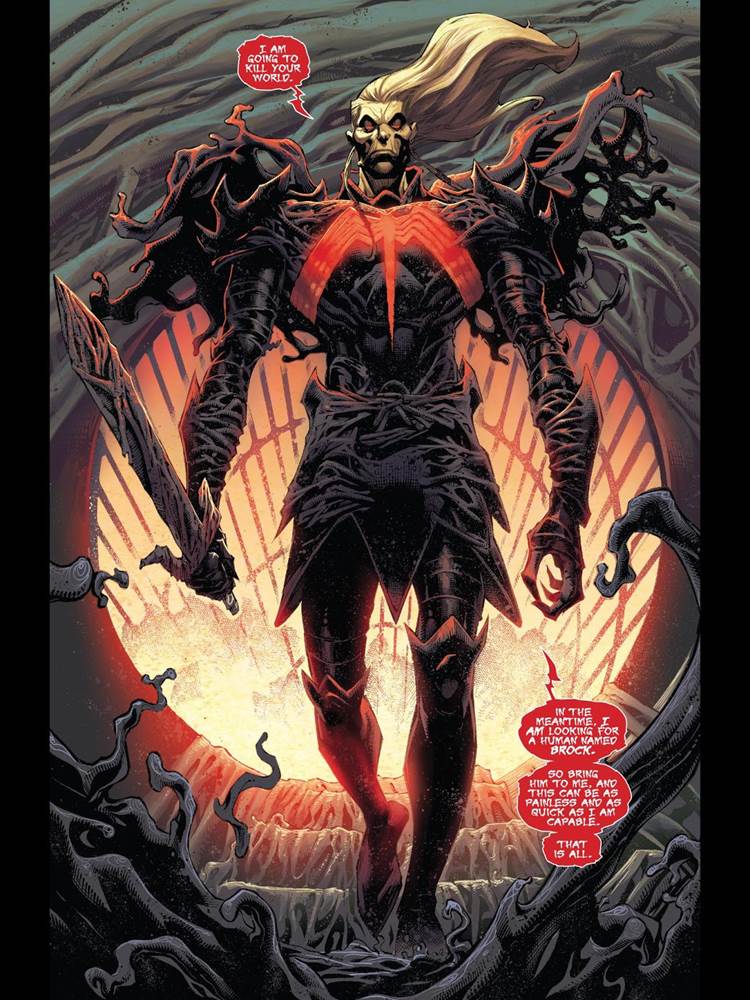 Up to this week, Thanos was probably the most menacing villain the Marvel Universe has ever seen. That baton may have just been passed because finally, Knull has arrived. “The King in Black” has been coming for some time and the next big crossover event has just begun.

You know a villain is a heavy hitter when Captain America, Captain Marvel, Iron Man and the others are all on standby, waiting for their arrival, especially when the warning came from someone like Venom. But even with all of Earth’s mightiest heroes at the ready, Knull is still an overwhelming force that simply can’t be stopped. The darkness is coming and it’s ready to envelop the Earth.

Donny Cates’ ongoing Venom series has been building to this moment for a long time now and in a lot of cases, that much hype will lead to disappointment. That was certainly not the case here. The reveal of Knull stepping foot on Earth was perfectly executed and the issue only gets better from here. Plus, some amazing art from Ryan Stegman takes this full-page panel to the next level.