Make Mine Marvel: Looking Back at “Brute Force”

With that in mind, I’ve decided to take a look back at these classic stories and maybe help you decide whether or not you would like to check them out. Our next series is, well, okay it’s not exactly a classic. Instead, it’s one of the most bizarre forgotten series Marvel has ever created, until it found itself in the spotlight thanks to Marvel’s 616. 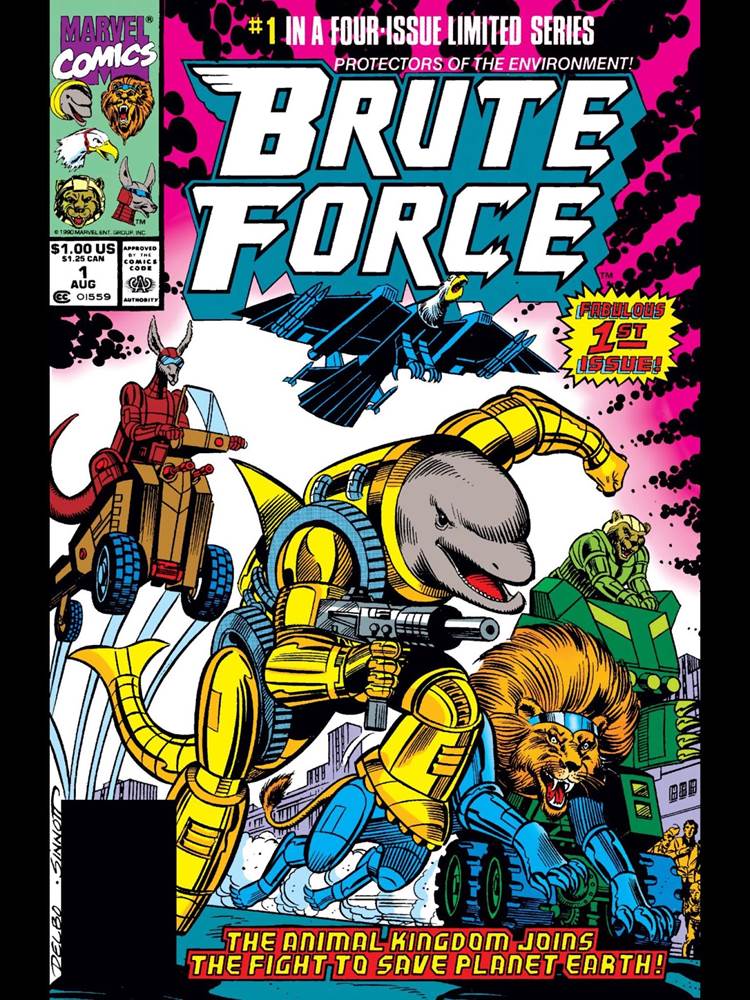 Okay. “Bear” with me on this one. See what I did there? “Brute Force” is one of the most ridiculous four-issue comics series you will ever read. It focuses on a team of cybernetically enhanced animals who fight to protect the environment from an evil corporation.

Because this is a comic book, of course that corporation also has their very own team of cybernetically enhanced animals. In fact, the series starts off by that corporation sending a gang of clowns (yes, clowns) to steal a gorilla from the doctor who eventually creates Brute Force. Once they have the gorilla, the rivalry between these two animal teams begins.

This dysfunctional team – consisting of a dolphin, a kangaroo, a lion, a bear and an eagle – go on a series of missions to protect the Earth. And while you might think they would eventually get better at what they do… they really don’t. Nevertheless, they manage get the better of their corporate counterparts and head off to clean up the planet.

This is far from one of Marvel’s best stories, but it is still a lot of fun to read. The outrageous premise and wildly entertaining characters will put a smile on your face on more than a few occasions as you make your way through this short-lived series. Will you remember these characters a year from now? Probably not, unless they get turned into an animated series on Disney+.

That was never really the goal of this series however. As Paul Scheer uncovers in Marvel’s 616, “Brute Force” was created with the idea of creating merchandise in mind. The characters lend themselves perfectly to toys, being part superhero, part animal and part Transformer.  Maybe Hasbro will bring this comic series into the spotlight again in the near future. 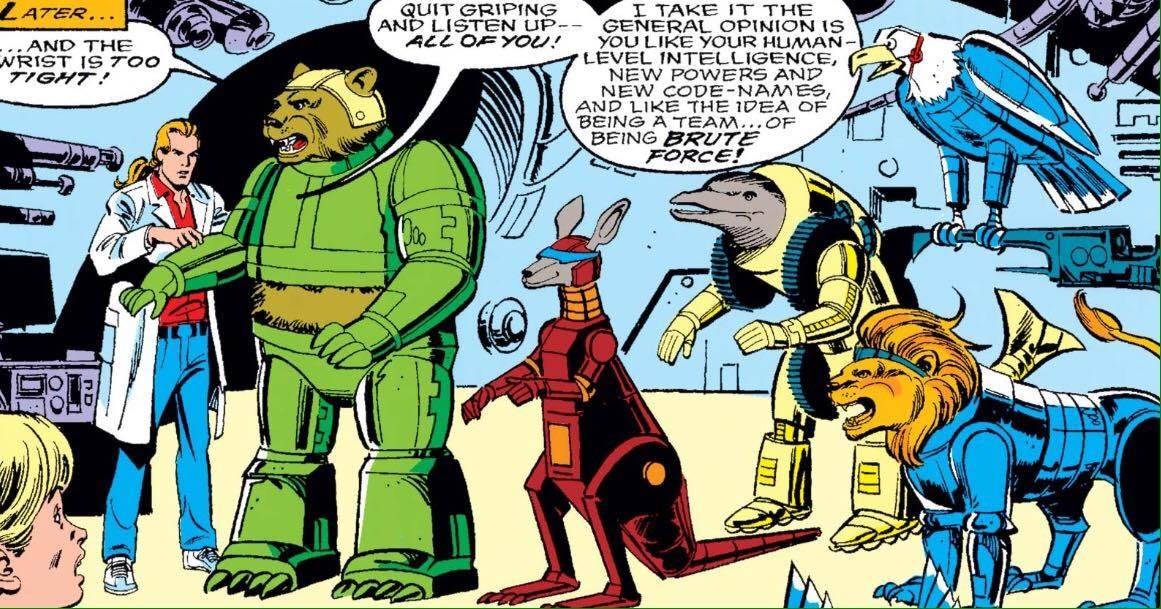 Sure, Marvel has a lot of other great stories and characters for you to absorb – almost an endless supply actually. But that doesn’t mean there’s not a place for a team of wild animals affixed with cybernetic weapons and other enhancements. While reading that out loud might feel crazy, it’s true. This is an enjoyable story, if you’re looking for something ridiculous.

So, when you pick up “Brute Force,” don’t expect to read the next story to be adapted for the Marvel Cinematic Universe. Instead, expect four issues that will never connect to any other stories you’ve ever read and will likely never be adapted into any other form of media. Just enjoy a bear with a bazooka and an eagle who has been given the ability to… fly. 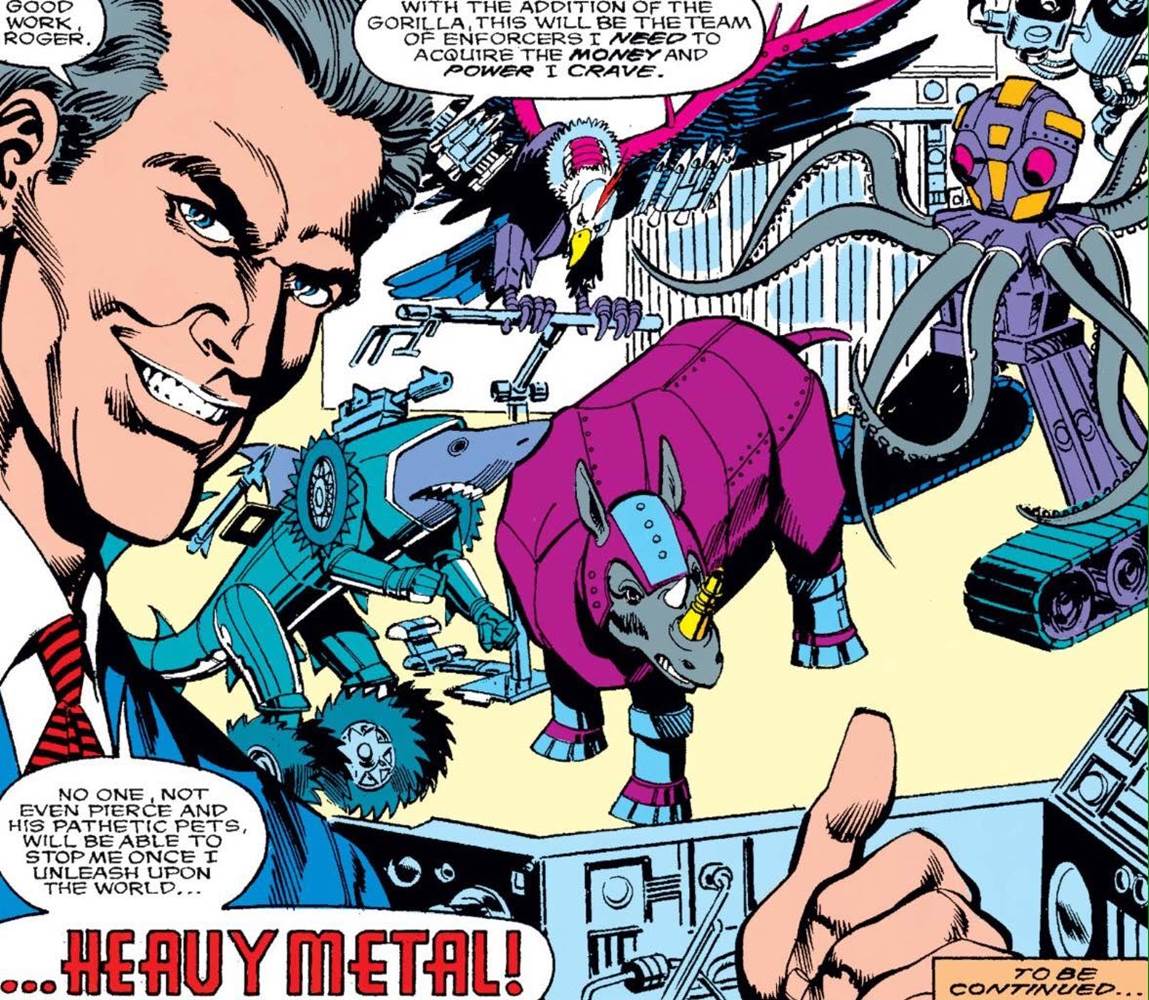 You can find “Brute Force” here. And be sure to check out some of our other looks back at other classic Marvel Comics here.