As someone who lacks the attention span to watch a ball go back and forth on a field for several hours, I’ve never really been into sports. Movies about sports, on the other hand, can sometimes be one of the best feel-good pick-me-ups around and that’s absolutely the case with Safety, a Disney+ Original premiering December 11th. From the producers behind some of Disney’s best sports films like The Rookie, Miracle and Million Dollar Arm, this incredible true-life story holds its own amongst the best of them.

Ray McElrathbey is living the college dream with a football scholarship to Clemson University where he makes best friends and meets the girl of his dreams. But a looming shadow hangs over his otherwise perfect college experience when his mother is placed in a rehab facility and he suddenly has to care for his 11-year-old brother. With his entire future on the line, Ray struggles between doing what’s right for the brother he helped raise and doing what he needs to do for his own future. 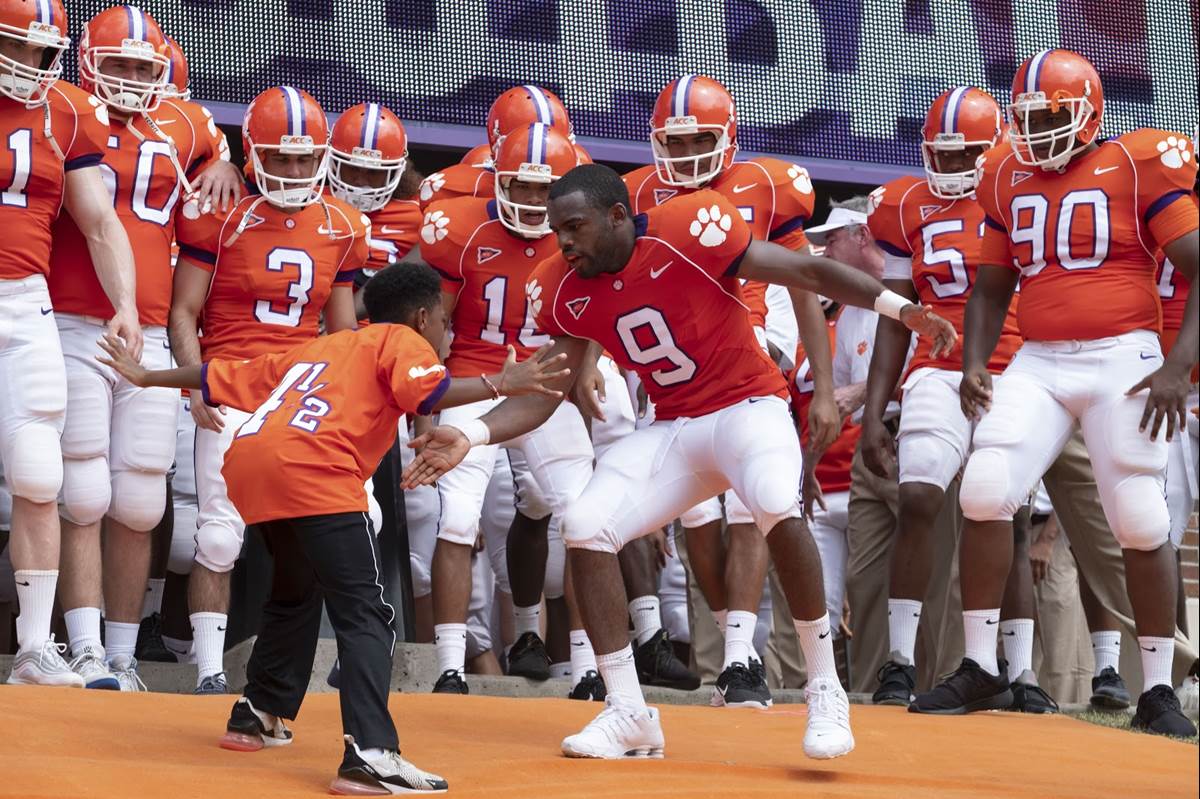 Safety instantly draws you in with a drumline version of the Walt Disney Pictures castle intro and a similarly fun score, establishing an exciting college atmosphere with a spacious dorm room that would make anyone jealous. Writer Nick Santora beautifully introduces each main character in a way that feels organic and gives viewers a lot of information without slowing the plot. The film also has one of the most adorable “Meet cute”’s I’ve ever seen.

Director Reginald Hudlin draws some really powerful performances from the cast, including a scene between Ray (Jay Reeves) and his mother (Amanda Warren, Three Billboards Outside Ebbing Missouri) that feels award-worthy. Thaddeus J. Mixson is so charming as Ray’s younger brother and their bond feels real and deep on screen. Even characters that seemingly appear to be one-note, like a cold jock played by Miles Burris (former Oakland Raider) or tough coaches played by James Badge Dale (The Empty Man) and Matthew Glave (Baby’s Day Out) all develop into much deeper performances than you would expect. Whether you’re a football fan or not, Safety is a powerful film about what it means to be a family and the old adage “You can’t take care of anyone else if you don’t take care of yourself.” Unlike most sports films, it’s not about a team winning against the odds, it’s about a young man bearing a tremendous amount of responsibility and rising to the occasion. You and your family won’t want to miss this powerful film and viewers will find a role model and hero in Ray McElrathbey, whose real life is expanded during the closing credits.

I give Safety 5 out of 5 Captain America t-shirts.