Make Mine Marvel: Looking Back at Matt Fraction’s “Hawkeye”

With that in mind, I’ve decided to take a look back at these classic stories and maybe help you decide whether or not you would like to check them out. Our next series follows a longtime Avenger in his defining solo series. Clint Barton is often a background player, but now he’s stepped into the spotlight, and the result is not always pretty. 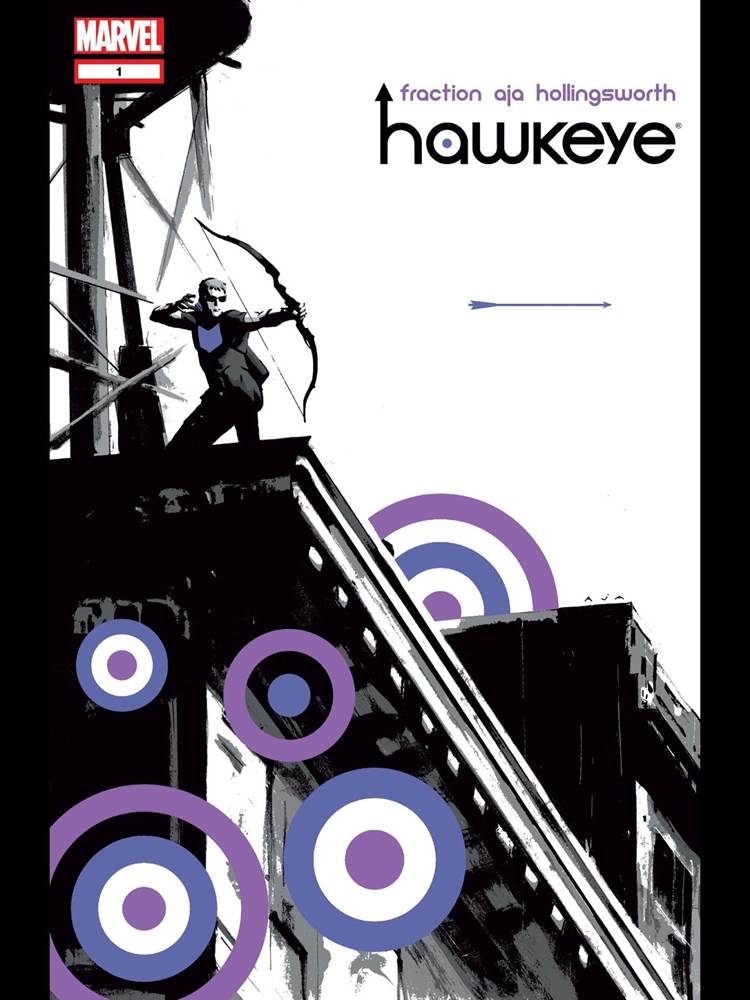 Writer Matt Fraction’s 2012-2015 run on “Hawkeye” was a truly unique look at the fan-favorite character. Clint Barton may be an Avenger but that doesn’t mean he necessarily has his life together. Turns out doing superhero things without having superpowers can result in frequent hospital visits.

While Hawkeye often teams up with Earth’s Mightiest Heroes, he also has some time in between world-saving missions. During that time, he has some problems with a local gang called the Tracksuit Draculas. Yeah, they’re as ridiculous as they sound, bro.

Luckily, this isn’t just a Clint Barton series. It’s a Hawkeye series. That means Kate Bishop is right there for all of the action. Barton may have trained Bishop to become a human weapon, but now it’s Bishop who need to train Barton to simply be a human. You know, like in social settings. 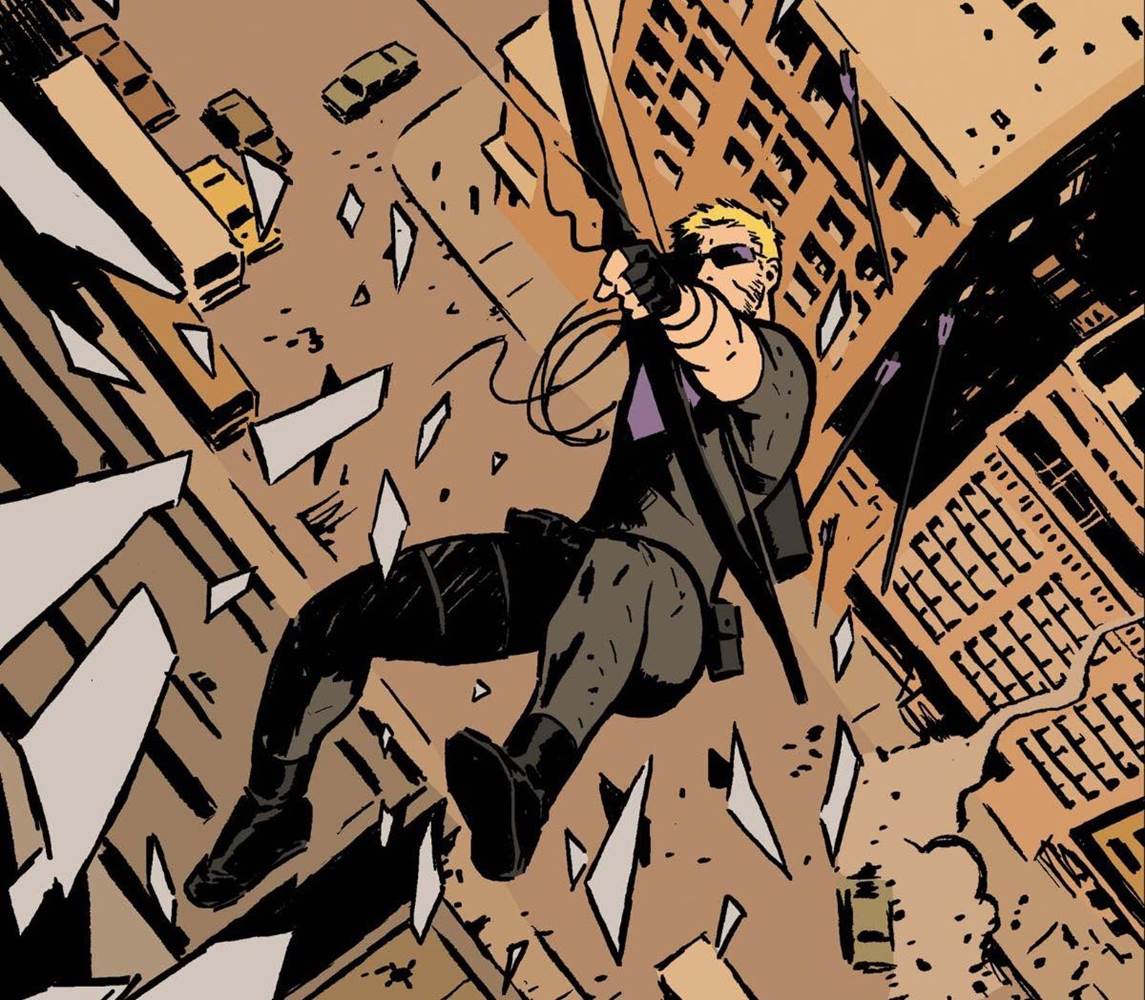 The combination of this Clint Barton and this Kate Bishop is wildly entertaining to read. Their adventures are ridiculous and a lot of fun to watch unfold. In particular, there’s a two-issue arc called “The Tape” in which Bishop and Barton have to hunt down evidence of Barton killing a politician before it falls into the wrong hands. It involves some of the worst villains Marvel’s criminal underworld has to offer, a perfect imitation of one of them and some ridiculous archer stunts.

This series is also very grounded. Marvel Comics can sometimes have a very big scope and get lost in the incredibly expansive multiverse that has been created over the last 80 years. While those stories can often be some of the best Marvel has to offer, it’s always nice to return to the streets of New York and see a hero save a pizza-loving dog from a gang.

This is also one of the funniest Marvel Comics series you can find. There are so many one-line, one-panel and throwaway jokes in this series. From an ominous-yet-hilarious newspaper headline to Kate correcting Barton on what a cummerbund is, this series will have you laughing as much as any other.

The things that really make this series so unique though are the artwork and the layout. Without actually counting, I would say this series has more panels per page (PPP, for those who want to track a stat I just made up) than any other series I can remember. That, combined with the simplistic artistic style of David Aja, makes these comics feel like you’re reading something different. 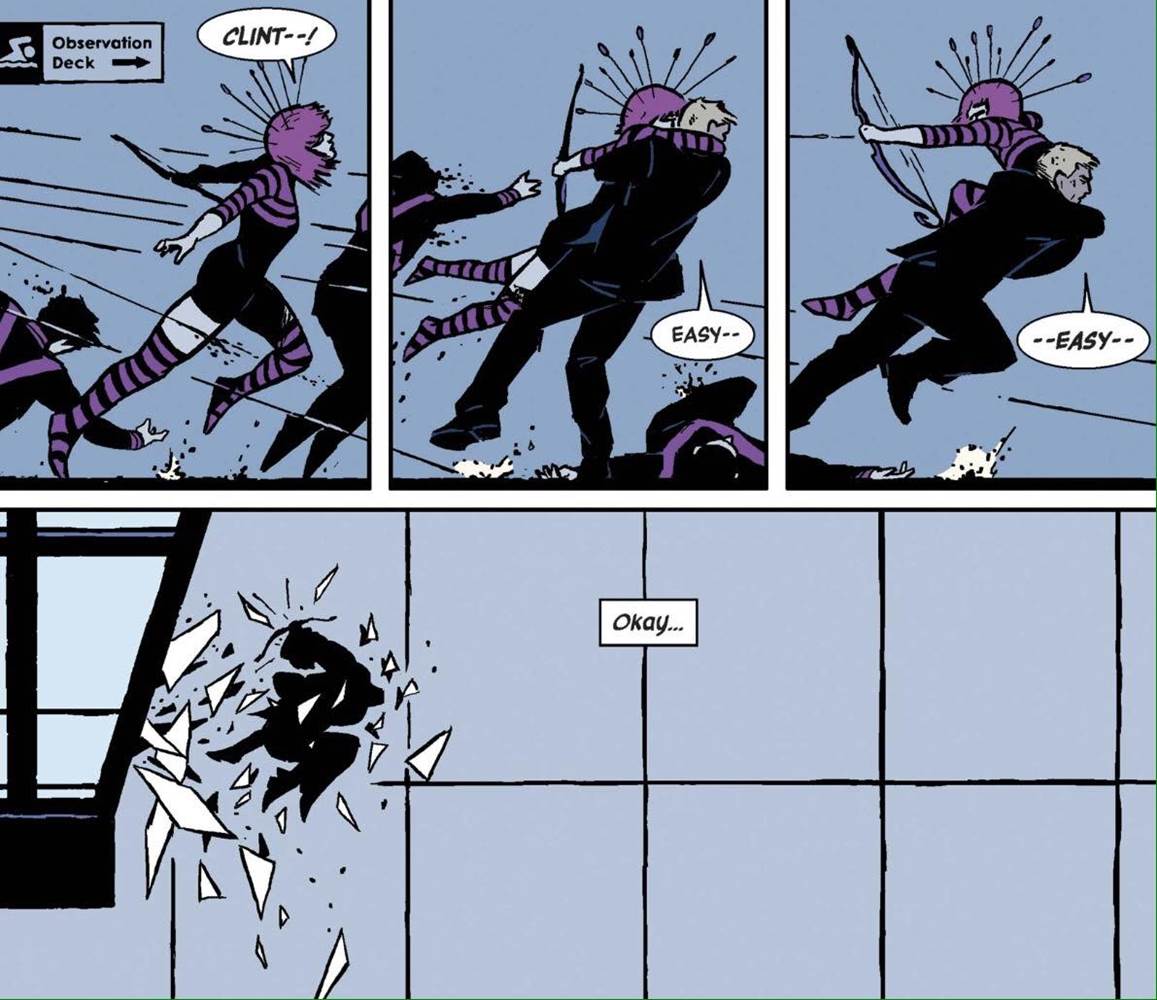 You can find “Hawkeye” here. And be sure to check out some of our other looks back at other classic Marvel Comics here.