The misadventures of the Dark Lord of the Sith formerly known as Anakin Skywalker continue in the latest issue of Star Wars: Darth Vader (#9 of the comic’s third volume overall, and the first installment to come out in the calendar year 2021), entitled “Into the Fire – Part IV: The Assassin Returns.”

Picking up where Darth Vader #8 left off in December, this new issue opens with Vader still stranded on the lava planet Mustafar and being hunted by Ochi of Bestoon, the assassin who goes on to kill Rey’s parents later in the timeline (as seen in Star Wars: The Rise of Skywalker’s flashbacks). 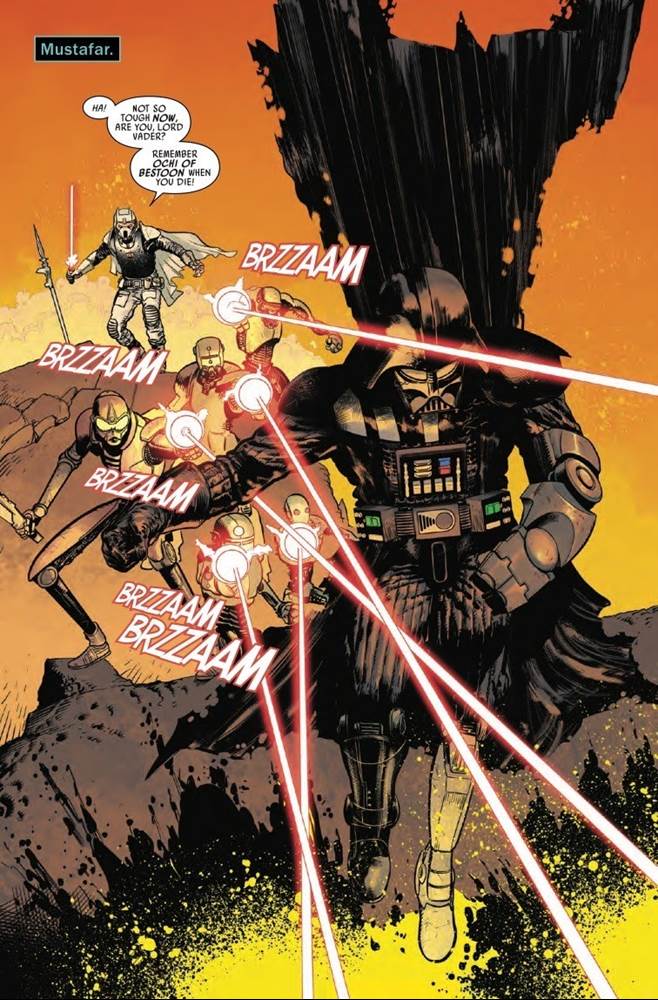 Ochi has sicced a squad of killer robots called the Droid Crush Pirates of Bestoon on Vader, and they spend the issue being thwarted by the Dark Lord at every turn, despite their boasts of superiority and put-downs of Vader’s inferior cybernetic technology and vulnerable organic underbelly. Naturally ol’ Darth makes quick work of these mechanical menaces, despite Emperor Palpatine forbidding him from using his Force powers to escape Mustafar earlier in this arc, not to mention the droids’ attempts to prey on Vader’s psychological insecurities during the battle. And midway through, Vader manages to reclaim his lightsaber from Ochi and wreak havoc on the remaining droids, which was pretty entertaining to see as far as action sequences go. 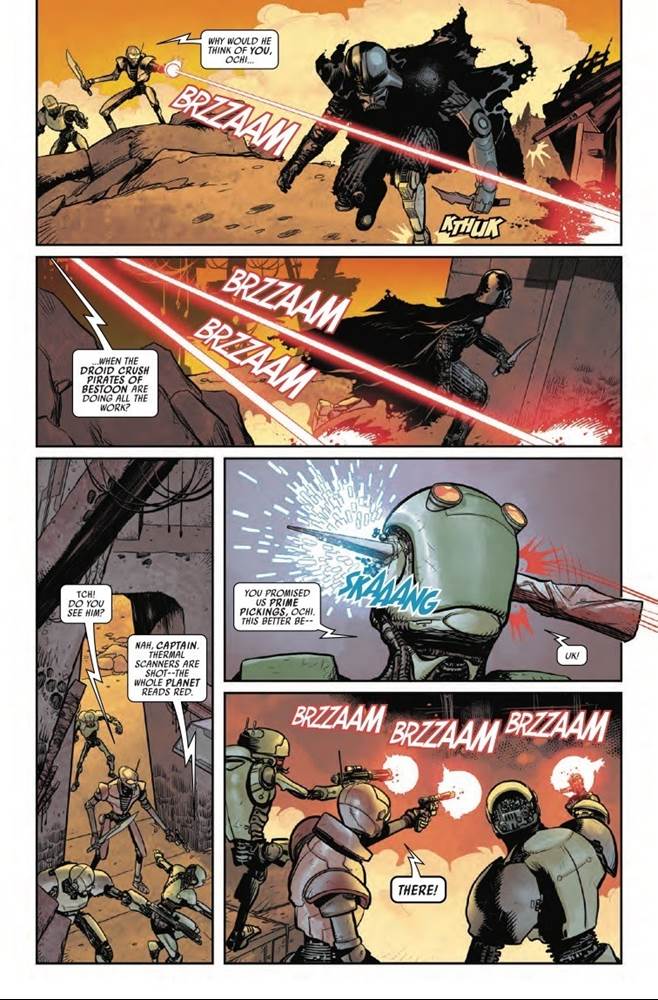 Writer Greg Pak and artist Raffaele Ienco have been doing a terrific job with this title, and this issue was no exception, despite it being a more action-heavy installment, rather than downloading a whole lot of new information. It does end with further details about the Sith wayfinder Vader received from the Eye of Webbish Bog last time around and Vader kicking into motion a plan to use it– and Ochi of Bestoon– to find the planet Exegol, though as the cliffhanger demonstrates’ they’ll be encountering some roadblocks along the way. It’ll be interesting to find out just how much of Palpatine’s future plans Vader discovers on this journey, and how that information will affect his relationship with the emperor going forward in this comic. 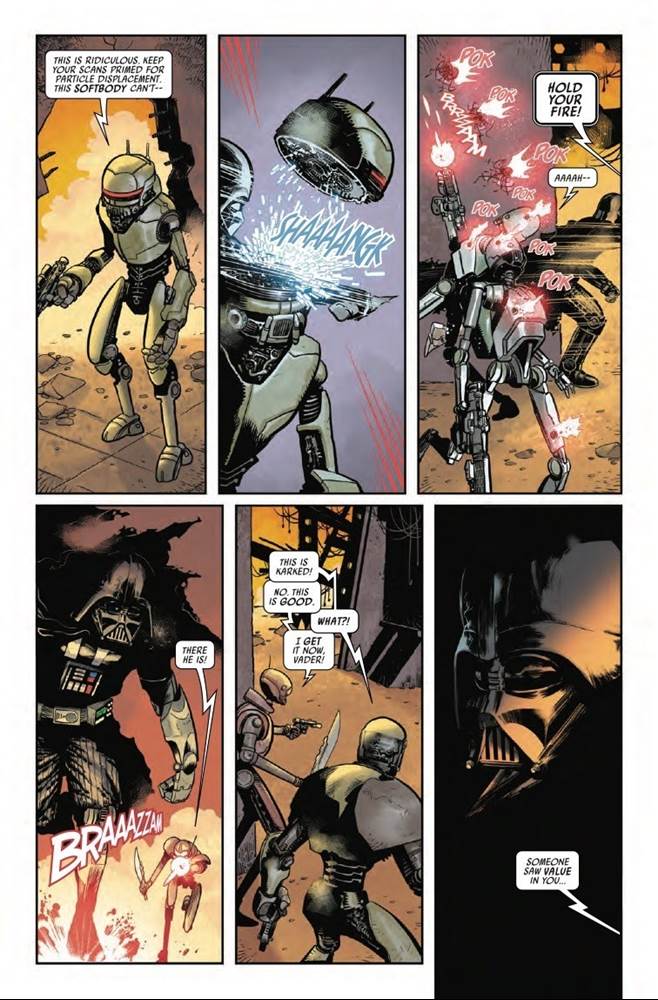