The second season of Peyton’s Places is in full swing and it follows the NFL great around the country as he explores the history of the National Football League, one piece at a time. For this tenth episode, Peyton talks with a couple of the best safeties the game has ever seen. 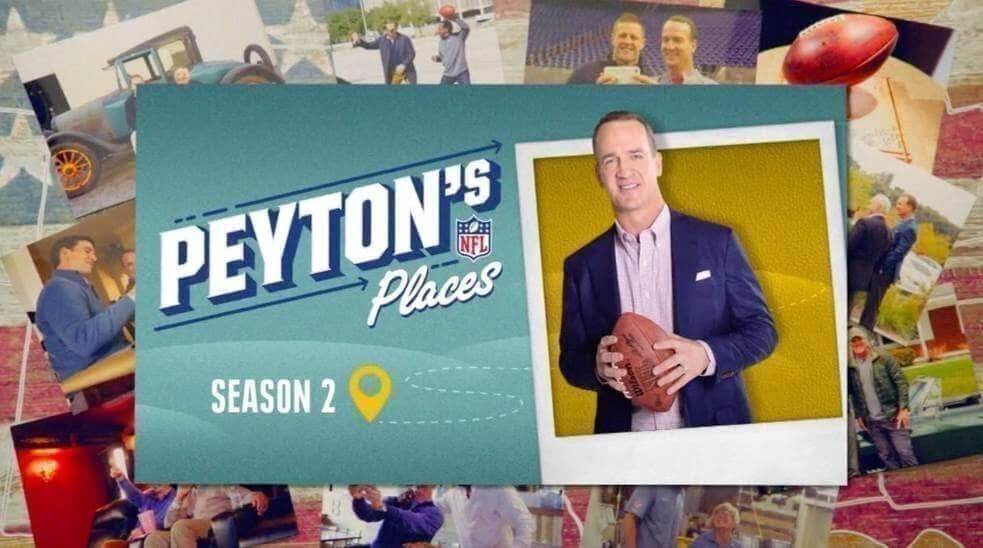 The episode opens with Peyton chatting with San Francisco 49ers all-time great Ronnie Lott. The Hall of Fame safety talks about his philosophy of not being out-hit. We see a highlight package of some of Lott’s biggest hits as he talks about hard-hitting style of play. It’s a very entertaining package of highlights to watch.

Peyton then goes into the history of the Safety position, first as the last line of defense, only coming into play if the first 10 defenders missed. He then gets into some players who changed the game and progressed the position, like Larry Wilson and Jack Tatum. That leads up to Lott and we see some more of his highlights from the four consecutive NFC championships the 49ers played in.

In somewhat of a tongue-in-cheek manner, Peyton questions why Joe Montana and the west coast offense got all the credit for the 49ers dynasty, despite the fact that the defense didn’t allow an offensive touchdown in four straight NFC championship games. This is kind of the joke of this episode as Peyton more or less acknowledges that, as a quarterback, his show has primarily focused on offense to this point.

We watch some of Lott’s Super Bowl performances and wins and Peyton makes a joke when his crew shows up in the episode, saying they had to change batteries because they had so many Super Bowls to talk about. As a football fan, it’s always fascinating hearing from these players who were part of a dynasty like this 49ers team.

Peyton and Lott then get into one of the most interesting stories about Lott’s Hall of Fame career. The defender suffered an injury to his pinky during a game and was told he wouldn't be able to play the following weak. Being the incredibly tough player he is, Lott had his hand wrapped up and played anyway. He eventually chose to have his finger amputated because of the injury. It’s another amazing story about a player from a truly different era of football. 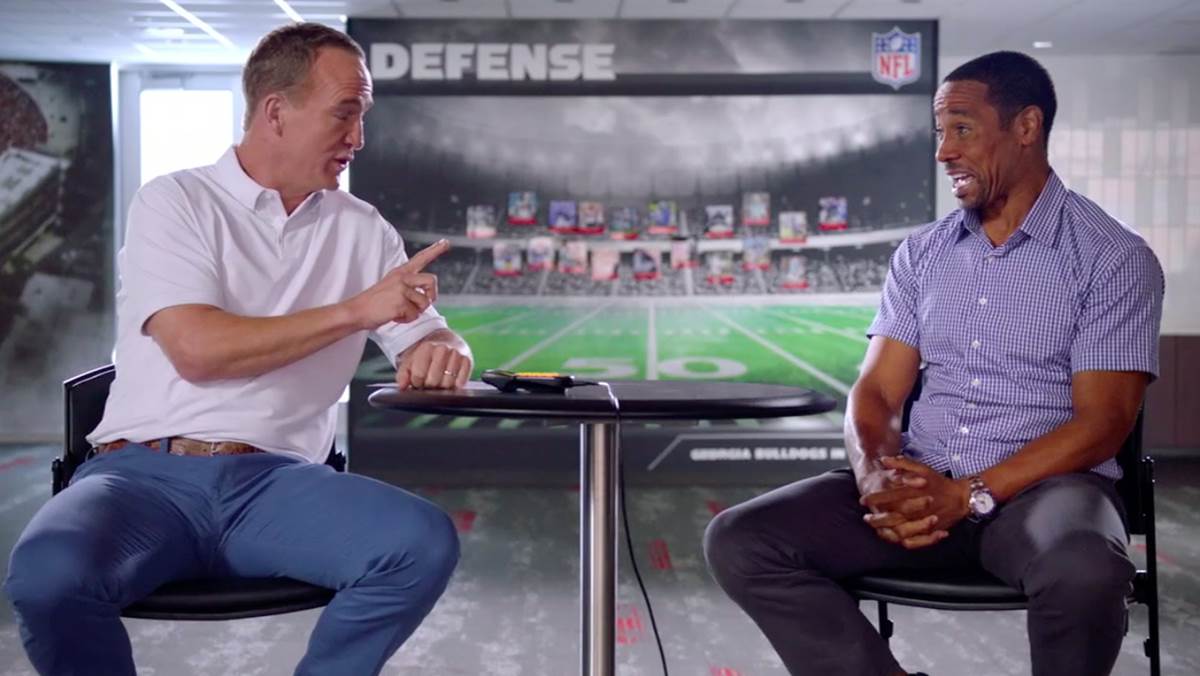 Peyton then jumps ahead an era, to sit down with a player who was probably just as tough: Rodney Harrison. The defender jokes about Peyton’s show being anti-defense, calling back that joke from earlier. Harrison also credits Lott as his inspiration for his style of play. We see a highlight package loaded with hits that verify that statement.

Peyton explains that he always wanted to be a quarterback growing up and asks Harrison if he always wanted to play safety. Harrison explains that he was a running back, but he didn’t like getting hit. Peyton points out the irony in the fact that the guy known for huge hits didn’t like getting hit himself. That prompts Harrison to make fun of Peyton for looking for a flag after he would get hit. These two have a fun dynamic that makes for some entertaining television.

Peyton then gets into Harrison’s reputation as a dirty player as we see some more highlights of his… less clean hits. Manning introduces a game called “Clean Hit or Dirty Hit.” The concept got me very excited but they unfortunately didn’t deliver on making Harrison actually give an answer after each hit. This was still a fun segment, but it could have been a lot more fun. Peyton does have some more fun with some of the things Harrison has said on the field and in interviews, including saying he would try to take out quarterback Cam Newton if he was playing against him.

The two then get into some highlights from their time playing against each other, during the great rivalry between Harrison’s Patriots and Peyton’s Colts. It’s a lot of fun revisiting this rivalry, but they then jump to the infamous “Helmet Catch,” in which Peyton’s brother Eli got the better of Harrison with an unbelievable play in the Super Bowl. Harrison says he beat himself up for a long time after that play until his mother brought him back to reality by telling him “everybody makes plays, it’s not just you.”

The episode comes to a close with Peyton talking about how Harrison was the last player of his kind, as the NFL passed some rule changes shortly after he retired that never allowed safeties to play the same again.

Peyton’s Places has found its formula for great football episodes. Some other recent episodes have stepped off the field a bit with various types of guests and they’ve been very entertaining. But it’s great to get back to football and see that this show can be just as entertaining while just talking about Peyton’s favorite sport.