“Just win baby.” Those are the iconic words of longtime Oakland Raiders owner Al Davis, one of the most outspoken and well known owners in all of professional sports. It wasn’t the success his team had on the field that Davis became best known for however, even if they did have quite a bit of success. Instead, it was his rivalry with then NFL Commissioner Pete Rozelle and his desire to move his team to Los Angeles.

That rivalry and the move that sparked it are the subject of the latest 30 for 30 from ESPN Films, titled Al Davis vs. The NFL. 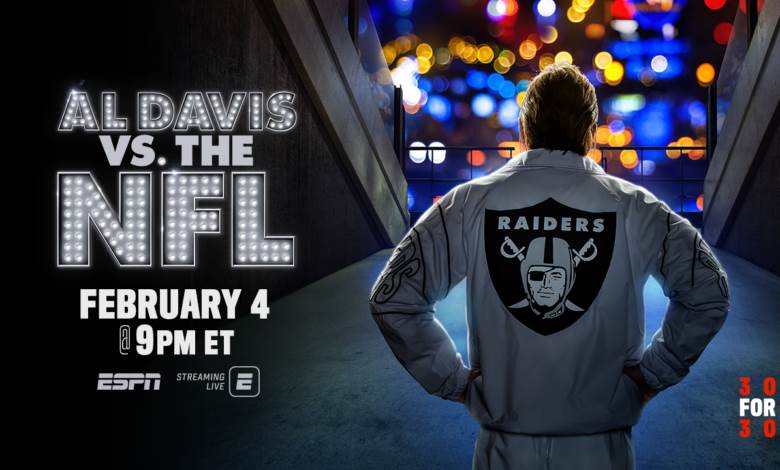 There are a lot of incredible stories from the world of sports and the 30 for 30 series has a way of bringing out every last drop of drama from each and every one of them. While this particular story took place almost entirely in a courtroom and likely wouldn’t appeal to most sports fans, ESPN Films once again found a way to make the story interesting, even to those with no personal connection to the team in question.

While, on the surface, the rivalry between Davis and Rozelle seems petty and hardly worth our time, the larger battle was over the precedent that would be set if the NFL allowed Davis to move his Raiders from Oakland to Los Angeles in search of more money. Rozelle did his best to protect the league’s best interest, while Davis was doing the same for himself and his team. The legal battle that ensued was long, messy and fascinating.

Of course, the 30 for 30 series is well-equipped to tell a story like this, having handled all kinds of different stories from in and around the world of sports. This one is different though. This story is told by the men themselves – Al Davis and Pete Rozelle. That makes this documentary truly unique, as both of those men have passed away, Davis in 2011 and Rozelle in 1996.

These two icons of the sport are recreated in spirit using “deepfake technology.” The dialogue from these two icons is based on dozens of interviews from the NFL Films vault and all of the stories they tell are completely true. That adds another layer to this documentary and we even get to see the two, who had such a storied rivalry with each other, make amends in the end as they look over the incredible new Allegiant Stadium, home of the now Las Vegas Raiders. It’s a beautiful and somewhat haunting moment created using some pretty amazing technology.

But, while this is a fairly different story which is told in a unique way, it still has football at its core. Fans of the game who watched these hard-hitting Raiders teams of the 80s will enjoy getting to see some of their highlights, while also learning more about the story that was happening off the field to drive the motivations on it. Plus, the doc is scored with the iconic music of NFL Films, which only adds to the excitement of watching some classic football.

Al Davis vs. The NFL may not be the most well-known sports story and it’s far from your typical on-the-field triumph, but it is yet another very well made documentary from ESPN Films’ 30 for 30 series.

You can watch Al Davis vs. The NFL on February 4 at 9 p.m. ET on ESPN. It will also become available on ESPN+ immediately after its premiere, along with the rest of the 30 for 30 library, which you can check out here.