Book Review: “Delphine and the Silver Needle” is Disney’s Lord of the Rings for Tweens

Tiny heroes, big hearts and even bigger adventure. Delphine and the Silver Needle is the debut novel by author Alyssa Moon and it is even more thrilling than I expected. Set to be released on March 2, 2021, this book appears to be the first in a new series centering on one epic quest. Much like the Lord of the Rings (LOTR), fans will delight in Delphine’s mission and look forward to unravelling the story across several books. 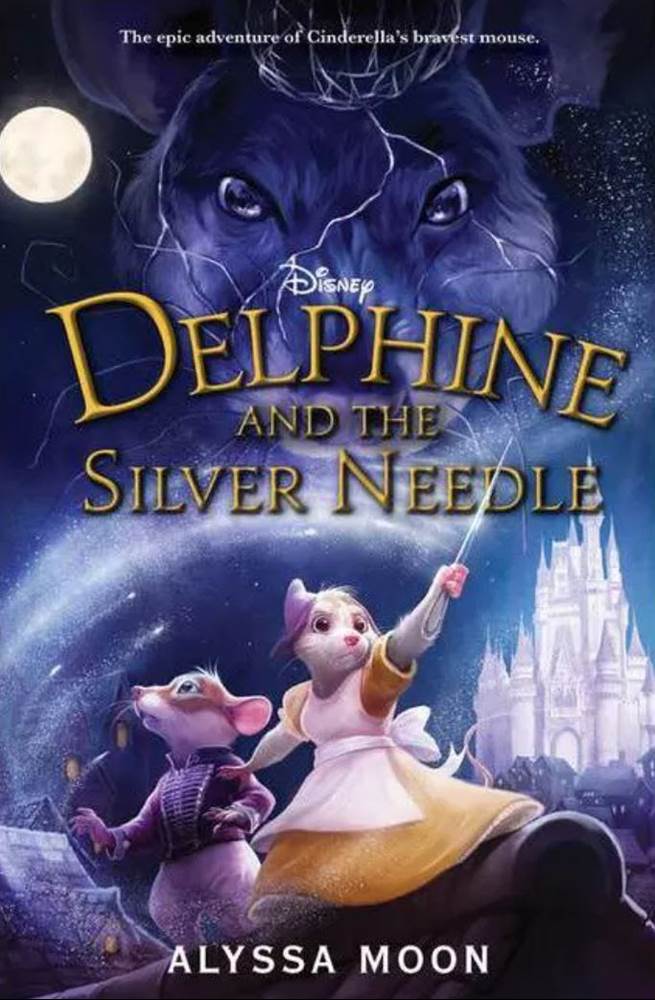 What is Delphine and the Silver Needle about?

Delphine is a young, orphaned dressmaker mouse living in the walls of Cinderella’s chateau. After being summoned to the castle for a dress consultation by Princess Petits-Oiseaux, Delphine stumbles upon a life-changing secret that sheds light on her mysterious past as well as the disappearance of the magical tailor mice of legend known as the Threaded. When fearsome rat King Midnight gets wind of Delphine’s quest, Delphine and her pompous traveling companion Alexander must work hard and fast to find answers and stay ahead of King Midnight and his henchrats. Full of strange enemies, unlikely allies and more than one brush with death, this story of magic, mice and the search for the truth will leave readers excited for book two.

How can this book possibly be like Lord of the Rings?

This book is like LOTR for several reasons. Just like Frodo is on a quest to uncover the secrets behind and ultimately destroy the one ring which yields great power, Delphine is on a quest to uncover the secrets behind the silver needle that was left with her when she arrived as a baby on the doorsteps of Chateau Desjardins. Learning how to wield, manage and ultimately keep their unique magical items safe is one of the main reasons why LOTR was at the forefront of my mind as I read this book. There are also many obstacles along Delphine’s perilous route to the truth which is something her story has in common with Tolkien’s series.

The character development and relationships in Delphine are also similar to LOTR. While Delphine puzzles over the significance and power of the silver needle, she also discovers just what she is capable of, as well as her limits – just like Frodo. Further, Sam and Frodo – a young hobbit and his gardener – are thrown together to endure one of the hardest tasks of their lives. Similarly, Delphine and Alexander – an unlikely pair – become as thick as thieves despite the hardships encountered on their dangerous endeavor. The adventurers meet with many other memorable characters, both friend and foe, along the way which provides intriguing plot points to a lengthy journey.

Why should readers invest in Delphine’s story?

I had no idea what Delphine was about when I first received it but was nonetheless excited to get swept up in the grand adventure within its pages.

First, it is a great adventure story. As mentioned above, readers are introduced to many interesting characters and the action-packed chapters keep readers engaged as they too trudge through forests, towns and chateaux towards the answers Delphine seeks.

Second, it is beautifully written. Author Alyssa Moon peppers in poetry, interludes, and different points of view to give readers a broader grasp of the story and what is to come. There is so much to discover and piece together and it is beautifully communicated in the layout, sections, and language of the story.

Third, readers will forget about Cinderella – in a good way. When I first read that Delphine lived inside the walls of Cinderella’s chateau, I wondered whether this book would largely be a retelling of Cinderella’s story from Delphine’s perspective. It is not. This story is all-new and boldly Delphine’s story. The few references to Cinderella are welcome easter eggs for fans and provide somewhat of a parallel timeline but are in no way critical to this story. I loved this aspect of the book and applaud Moon for embarking on a brilliant tale that is all her own.

Delphine and the Silver Needle will be released on March 2, 2021.