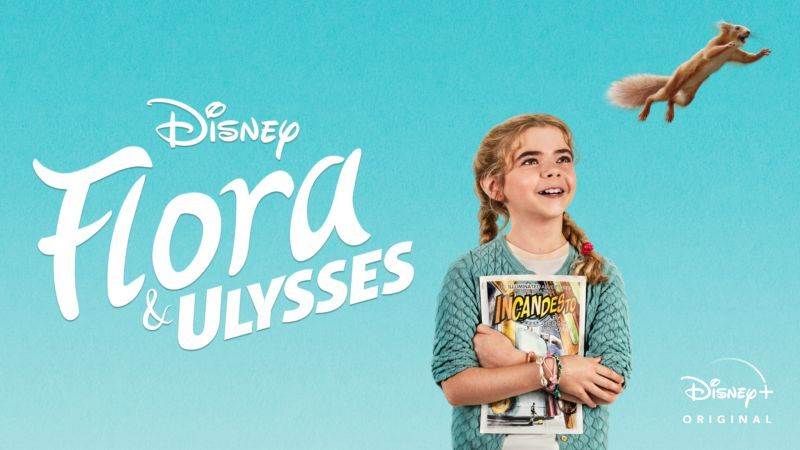 In 1978, Superman: The Motion Picture made this promise to audiences: “You’ll believe a man can fly.” Nearly 45-years later, a new breed of super powered hero arrives in Disney’s Flora & Ulysses, premiering on Disney+ on February 19th. This time around, you’ll believe a squirrel can have powers.

“The vacuum made you a superhero,” ten-year-old Flora exclaims upon realizing that the squirrel sucked up by her neighbor’s smart vacuum, a Ulysses brand, now has the ability to type poetry about his hunger and maybe do a whole lot more. “It sucked up an unassuming squirrel and spit out a Ulysses.”

While the main premise surrounds Flora and her new fluffy-tailed pet, the subplot is where the film gets most of its heart and warmth. Both of her parents are writers, romance novelist Phyllis (Alyson Hannigan, Buffy the Vampire Slayer) and struggling comic writer George (Ben Schwartz, Ducktales) who have recently separated. In many ways reminiscent of Timmy Failure: Mistakes Were Made, Flora (Matilda Lawler) is a self-described cynic who is given renewed hope in a broken world by Ulysses.

The comedy is often animated in nature like the titular squirrel itself, a mostly CG performance. Dan Pudi (Ducktales) plays Ulysses’ nemesis, an animal control agent who specializes in squirrels. Even locations feel like they jumped out of a comic book, like a donut shop with a giant donut on top that, of course, hilariously rolls off the building during an action sequence. Panic ensues inside as Ulysses ends up on the head of a waitress (Kate Micucci, Ducktales). With just a handful of exceptions, most of the adults in the film have lost their sense of childlike wonder, including the local comic shop proprietor, played by Bobby Moynihan (Ducktales), most of whom end up somewhat reawakened by their interactions with Flora and Ulysses. Disney’s Flora & Ulysses puts a family-friendly spin on the superhero genre, finding humor in all of its tropes with laugh-out-loud moments for all ages. Flora imagines her father’s own super powered creations zooming around at times, making reference to various well-known superhero stories and oftentimes paying tribute to all superheroes, but mostly those of Marvel Comics. There’s a lot of synergy in the film, incorporating some of Disney’s newest acquisitions through the 20th Century deal, most of which will be over kids’ heads but give adult viewers sufficient reasons to laugh hard and thoroughly enjoy themselves.

The sets, locations and cinematography evoke a childlike wonder of the world. Avoiding most depictions of modern technology, there’s a nostalgic esthetic to Flora & Ulysses. The film also celebrates nature through its Pacific Northwest location shooting, depicting lushly green trees in most exterior scenes, fitting for a film with a wild animal protagonist. 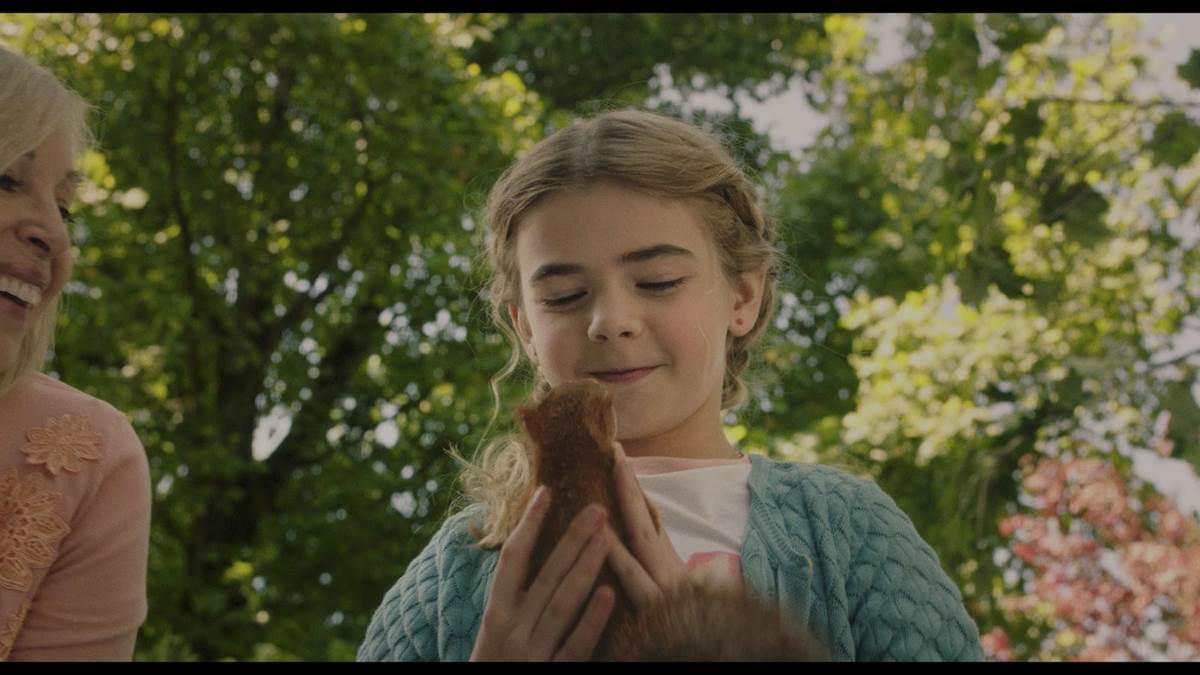 Ultimately, Flora & Ulysses isn’t really about a super powered squirrel, but that outlandish plot device draws families into a heartwarming film about parents who, despite their struggles, are willing to do anything for their daughter. It’s often outlandishly fun and revels in the genre. It’s one of the best Disney+ original films to date and one that’s not to be missed.

I give Flora & Ulysses 5 out of 5 doorbells painted like Captain America’s shield.