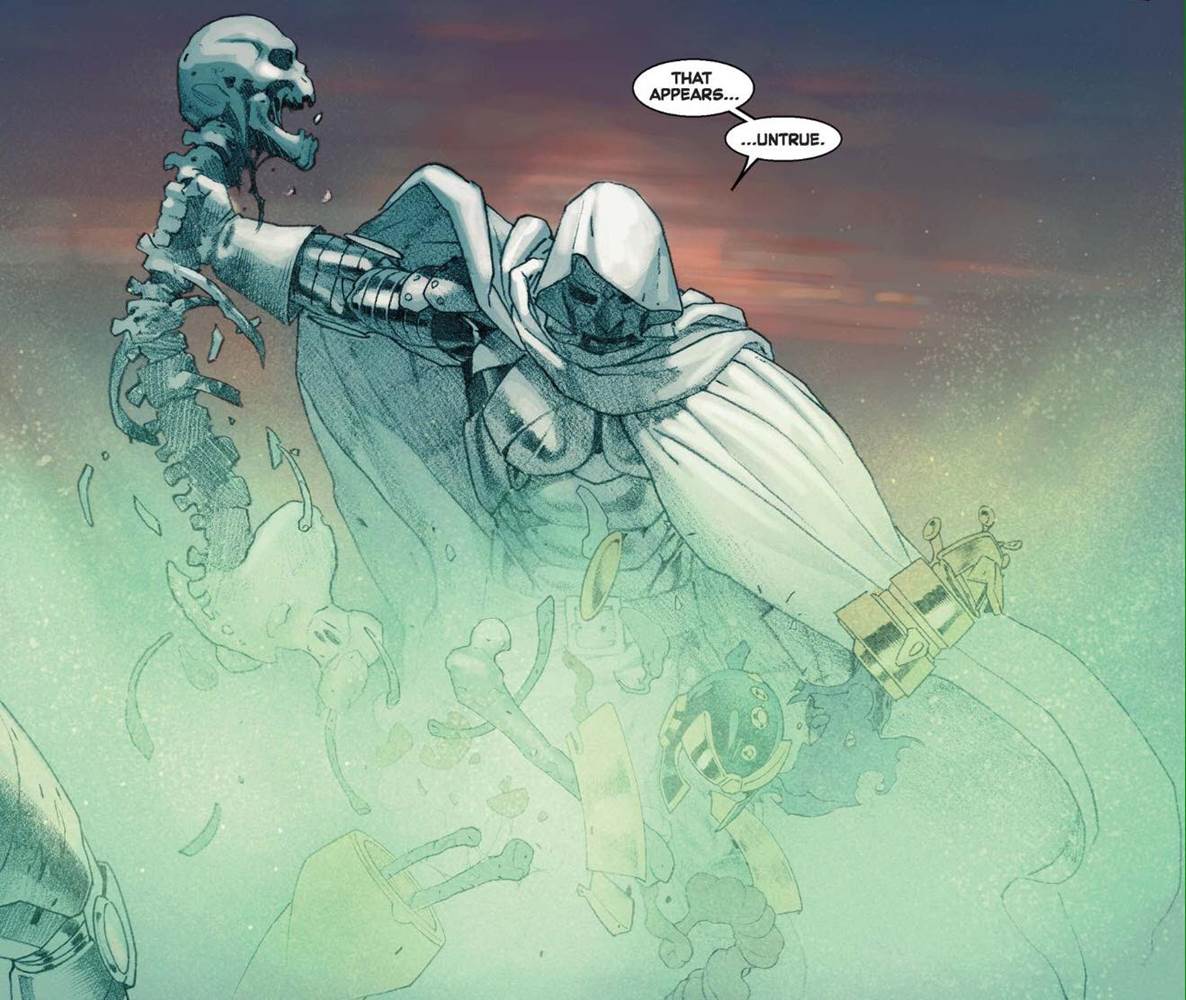 Marvel’s “Secret Wars” story arc is iconic and beloved by many. So much so, in fact, that Jonathan Hickman and Esad Ribic decided to take the concept and make a brand new story in 2015. The story sees our favorite heroes in a new reality. One that has been taken over by Doctor Doom, who rules with an iron fist.

Doom’s power goes unchecked for a long time before a revolution led by the heroes and even some well-known villains. One of those well-known villains, the Mad Titan Thanos, decided to challenge Doom. Things… didn’t go his way. If readers were doubting how powerful Doom was in this particular story, he removed all of those doubts… and Thanos’ spine in this panel. 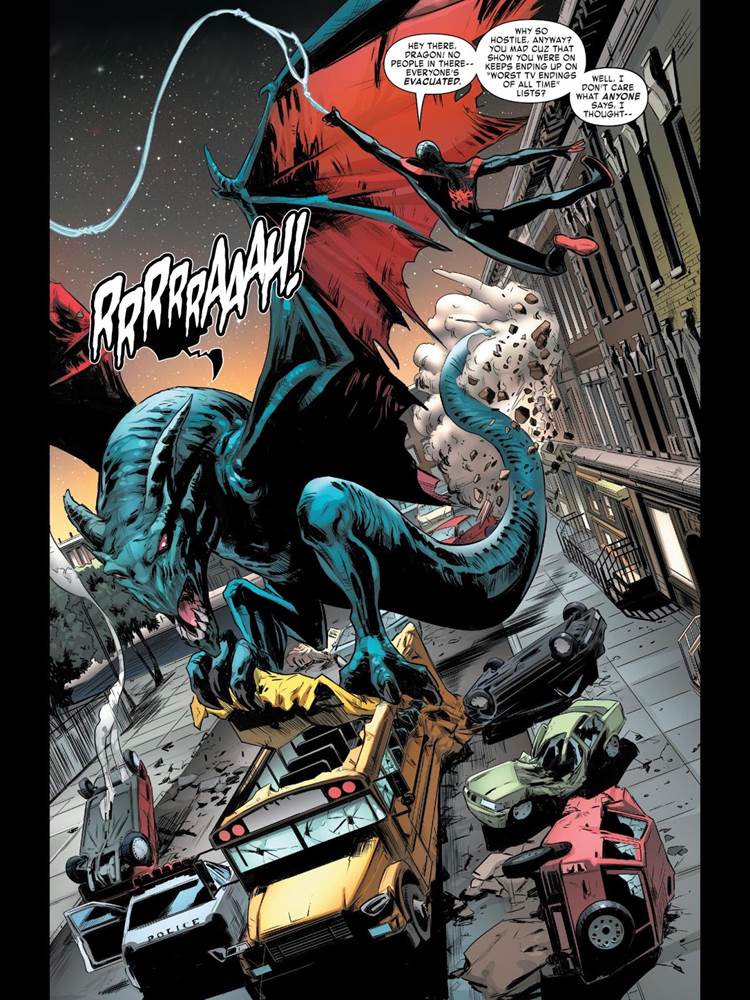 “King in Black” continues to engulf the Marvel Universe right now, with Knull’s dark forces still wreaking havoc on New York and Earth as a whole. This week, Mile Morales joined in the fight and took on one of those menacing symbiote dragons we’ve been seeing for weeks. But of course, Spider-Man had a great quip ready to go as he swung into battle.

That’s right, even when Miles is about to take on a cosmic dragon from another planet, he’s going to talk a little trash. And the best part is, he takes a shot at Game of Thrones. The wildly popular and beloved fantasy series took a lot of heat in its final season a couple of years ago for an ending that was less-than-popular. Of course Spidey is going to take a shot at that.

This panel is great for so many reasons. First, we’re finally seeing Miles swing into the fight against an enemy with whom he is familiar. Second, the aforementioned great quip. And finally, as has been the case with all of “King in Black” and its tie-in issues, the art is great. Carmen Carnero delivers a great look for that dragon.

You can check out “Miles Morales: Spider-Man #23” now.