Opening with a skit about meditating in Ojai, California is the last thing I need, to be quite honest. I never want a skit. I just want to see people singing. Is that a crazy thing to want? Apparently! But, who am I but a casual Idol viewer and recapper! 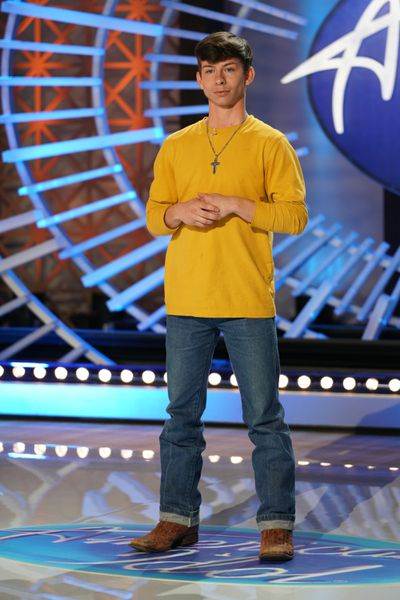 Cecil Ray brings forth the heartbreaking story of being connected to three suicides by family and friends. He also brings forth an incredibly mediocre voice. (I know, that was mean, I blame the producers for these backstories!) Luke tries to walk him through a redo of the chorus without moving around, and then follows it up with “You’re perfection.” Pardon?! If he was perfect, would you have had to walk him through that chorus again? I am so confused by this season! This is not a good omen, folks. *clenches teeth*

The biggest problem of the season, thus far, is that the show is so focused on emotional stories that we are never allowed to look at a prospective contestant for their talent alone, just their hardships. I understand Cecil has dealt with a lot, but that shouldn’t make me immediately think his voice is “perfection,” as it is clearly not. We also shouldn’t be setting these contestants up for failure during Hollywood Week. The only people that should be given golden tickets are prospective winners and that is it. 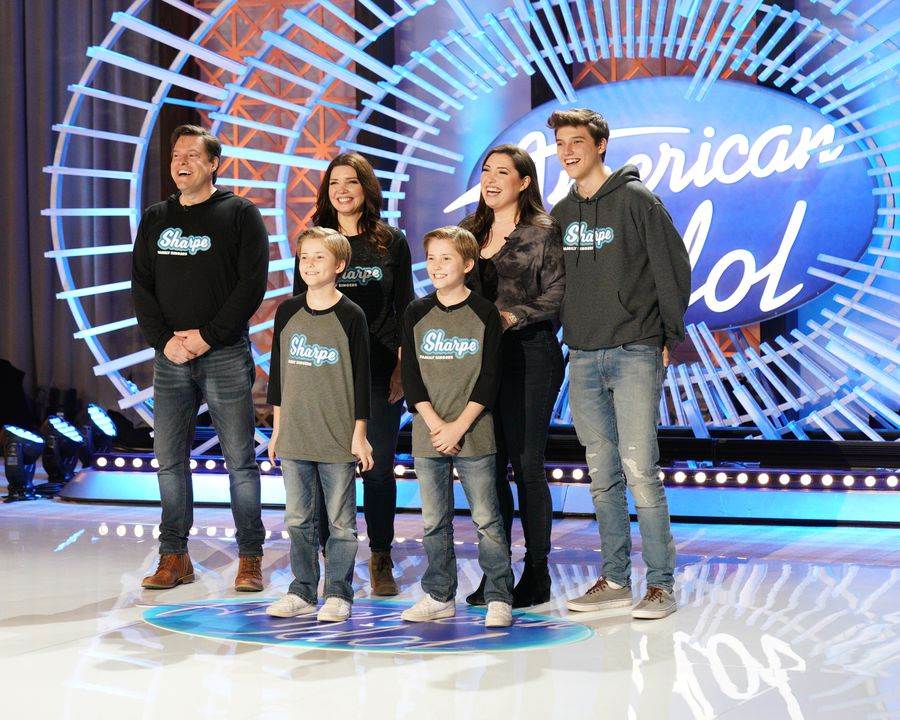 The Sharpe Family Singers, in matching shirts, sing “Into the Unknown” in a rather culty fashion. Samantha Sharpe, the oldest daughter, “officially” auditions with “Titanium” in an overly enunciated way that doesn’t enthuse me. Her belt is wonderful and there is potential there, but again, is she a winner? That’s a nope. 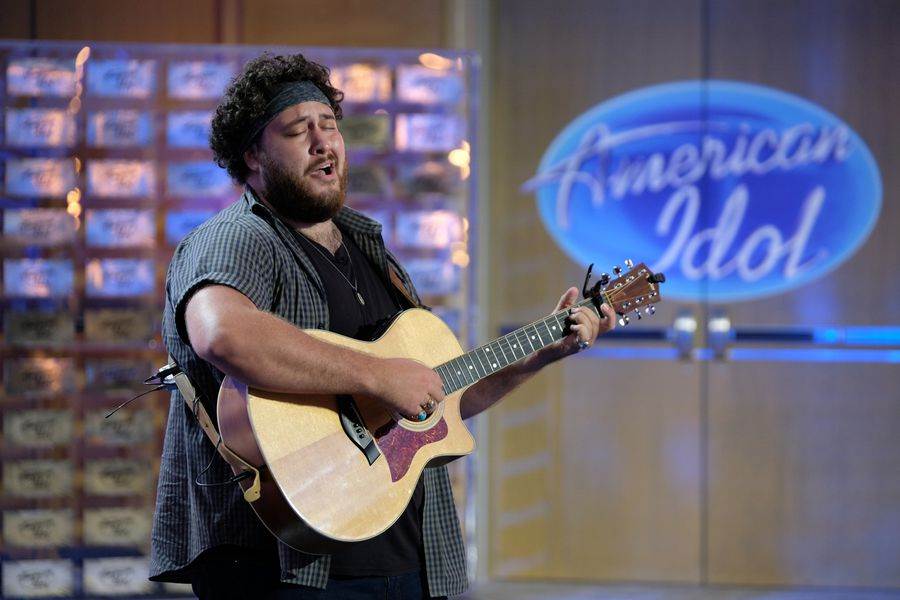 Graham DeFranco is the breath of fresh air I need and deserve. He states his musical journey started by playing the recorder in grade school and I did a full spit-take. Girl, same here! “Hot Cross Buns” was my biggest smash. He begins to sing and I am so relieved that he’s good and unique and completely himself. My shoulders relaxed, the tension in my body released, and a single tear ran down my cheek. Katy Perry references his coffee shop past and his voice does sound perfectly suited for slow sips of coffee in a cozy shop. (After vaccinations, of course.) All three judges yell at him because they are mad he hasn’t pursued music full-time and it’s adorable and sweet tough-love. I am team Graham! 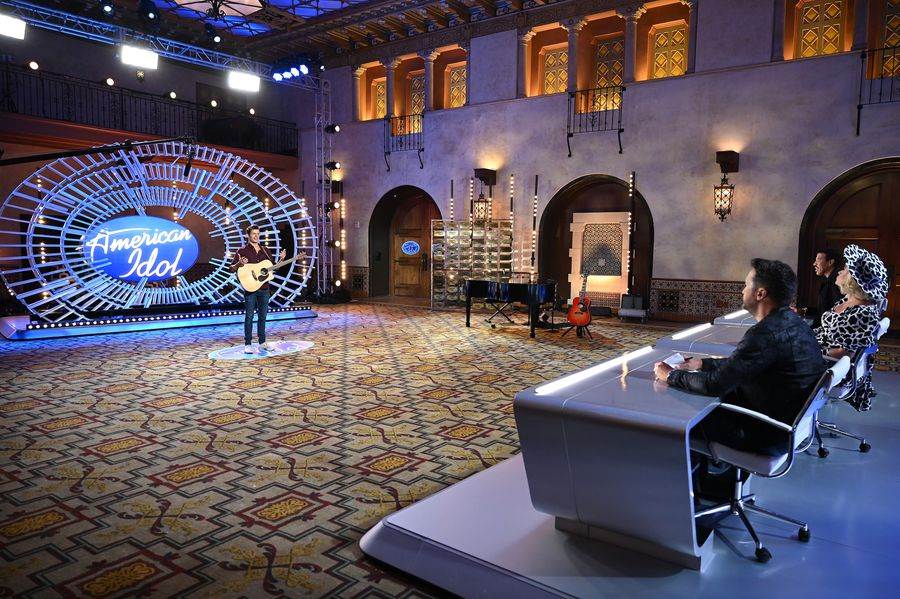 Tom McGovern is a jingle writer, which is a phenomenal profession, then he sings an original song about auditioning that is actually…sincerely sweet? He gets a no, however. Sure. Whatever. Moving on. 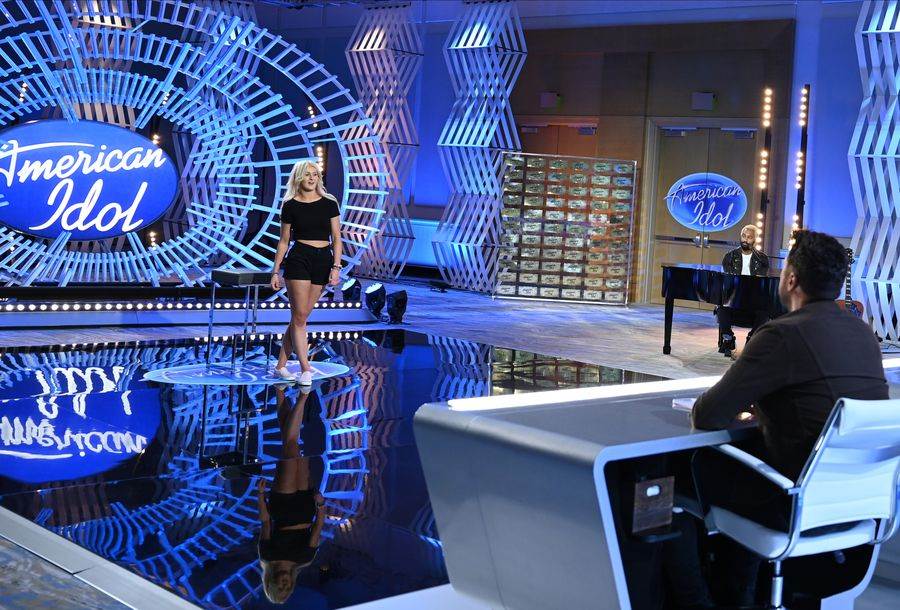 Mary Jo Young is another one of those “I only perform on TikTok, so this is the obvious next step,” and she has never performed in front of anyone, ever. However, her voice is pretty good! There are some affectations in her voice that seem a bit put on, but not as plentiful as other contestants we’ve seen so far. She has a lower register that I really enjoy and a slight grit that I vibe with. The judges have her sing for her mother for the first time, which is a tad cringey, but her mom is so happy it’s good. Can you imagine?! “Oh, thank god, she can actually sing. Praise you, lord! I thought I had a ‘Pants on the Ground’ situation on my hands! Thank ya, Jesus!” Lionel mentions the wonderful character of her voice, which is the perfect word choice. Luke says “Top 10, I think.” Now, if he keeps making these claims I’m going to jump out a window. You can’t follow up with these! Luke, calm it down! 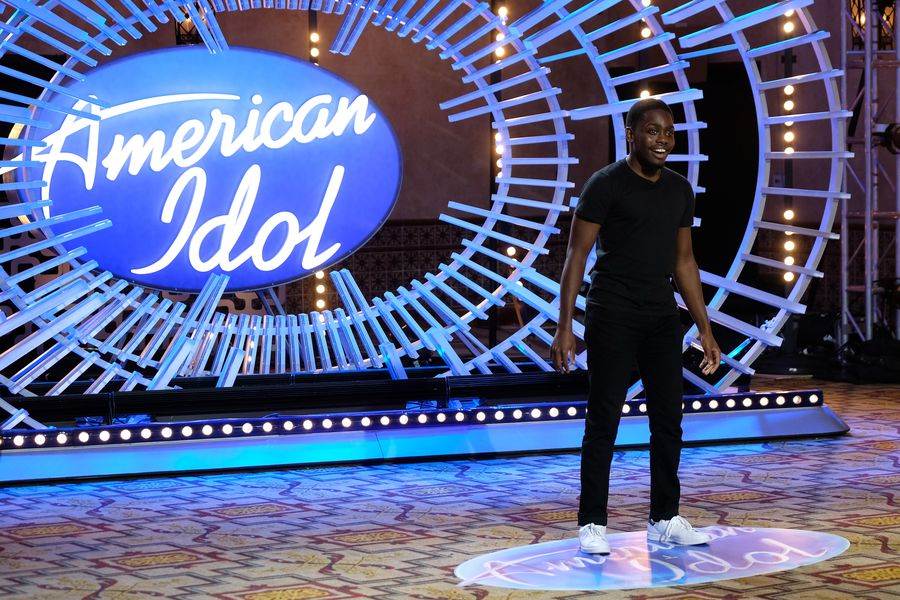 Xavier Washington, Celeste Butler, and Dzaki all began with uploaded videos that led to in-person auditions. All three were shown for a total of 45 seconds and were better than most performances we’ve received over the past three weeks. I’m excited to see them again in Hollywood week, but absolutely livid that they were given the short straw. Christian McGuckian is another one of our video submissions who has been flown out to California. She recently had a bad accident and wants to live her life to the fullest, which is admirable. The nerves are in full force, but in a totally sweet way. When she begins to sing, it’s clearly not Idol quality. It’s timid and casual and there’s technique issues throughout. Luke blames the environment for her issues and Katy says she needs to work on keeping time. However, she’s having a breakdown, and understandably so! This is a crazy, nerve-wracking experience.

Again, the issue is the judges are using these auditions as workshops and that is not why American Idol was created. We are here to find the next musical superstar, not teach a child about how to sing with the correct tempo. Christian is an absolute sweetheart, don’t get me wrong, but this is an easy “not this time” answer. Yet, she goes to Hollywood with three yes votes. It makes no sense. This sweet girl is going to be eaten alive during Hollywood week. We must stop using this show as an inspiration bucket and use it to showcase already confident talent. BRB, screaming into the void. Alanis Sophia lives a stone’s throw away from my house, so HEY GIRL! Also, she was named after Alanis Morrisette and dresses so cool and I’ve never been so jealous of a Gen Z’er. She uses an American Idol microphone toy the entire audition and it’s so on the nose that I can’t help but be into the choice. She backs up the Carrot Top prop comedy with an incredible vocal. This is what I want to see on this show! She has the voice, the confidence, the power, the control and the merit to be an American Idol! More Alanis-like contestants please. I’m here for her eventual pop music take over. 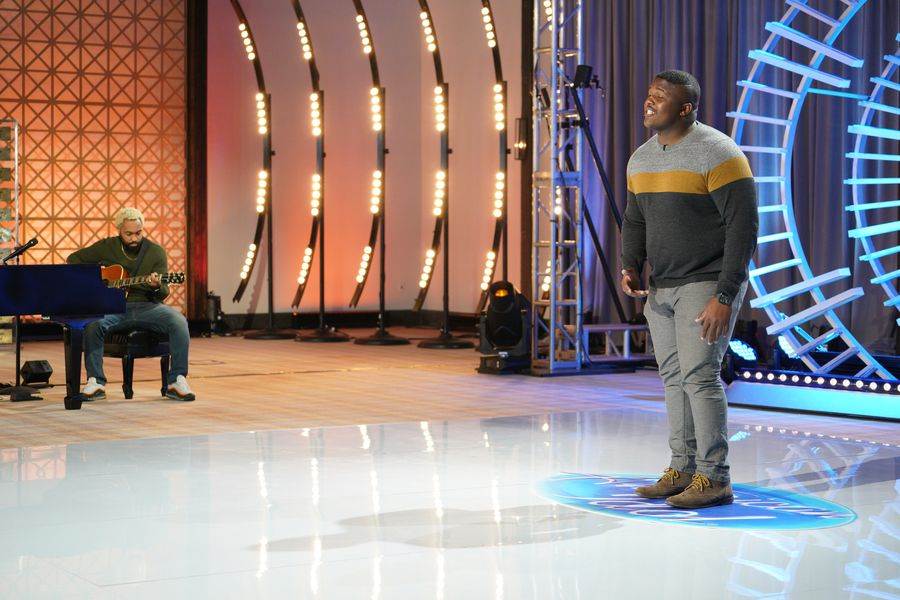 Mias (he said his name was Jeremiah, but they only put up the name Mias on the screen?) is even closer to me than Alanis, so I’m going to have to preemptively stan! He had a rough childhood and his trajectory in the local fire department changed his life almost immediately. It’s so sweet and heartwarming…and completely unnecessary. When he opens his mouth to sing, it’s equally sweet and heartwarming. Katy says he’s so pure, but it’s “missing a little of that smoke” and I can’t tell if the pun was intended. The critiques are infuriating compared to the free pass Christian got earlier in the episode. I think the song choice may not have helped to showcase the best in his voice, but three no votes is wild. I’m so mad, folks. So mad. They are creating an enemy out of me, folks. 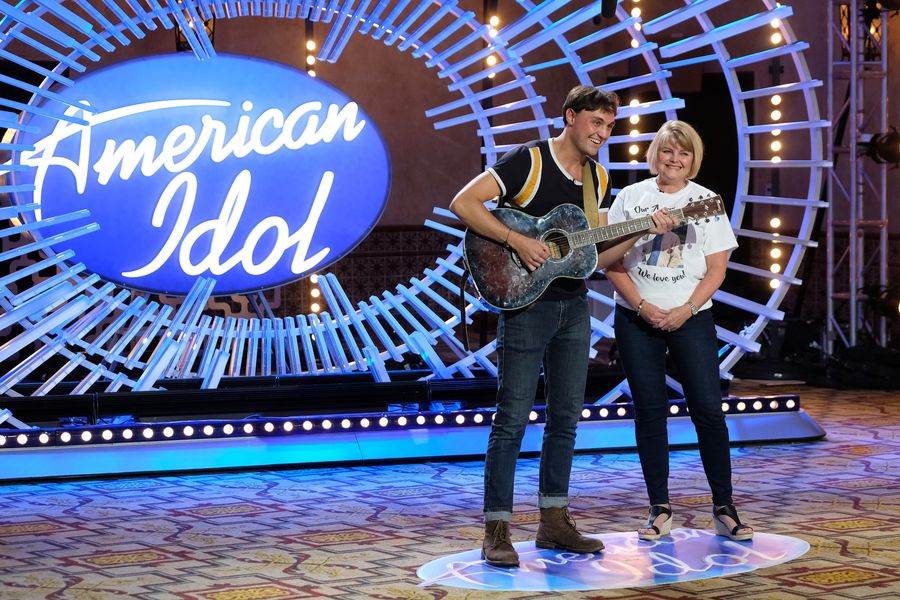 Timmy Skelly does a duet with his mother on “My Funny Valentine” for a reason I don’t fully understand, but whatever. He goes to Hollywood and we hear nothing of his voice. Cool.

A singer who goes by ET is here to sing ET by KP and I’m TVing (Toilet Vomiting). Her voice is not natural at all. It sounds like when Katy Perry sang in SIMlish. After Katy tries to walk her through a second song, she continues to add tons of affectations in her voice. It’s not natural. Katy calls out her insecurities, as it seems like a case of putting up a facade. The voice is not good. Yet, she makes it through with two yes votes. I really need auditions to end, because with every episode, I get more and more ticked off. This is ridiculous. Justice for Ace! 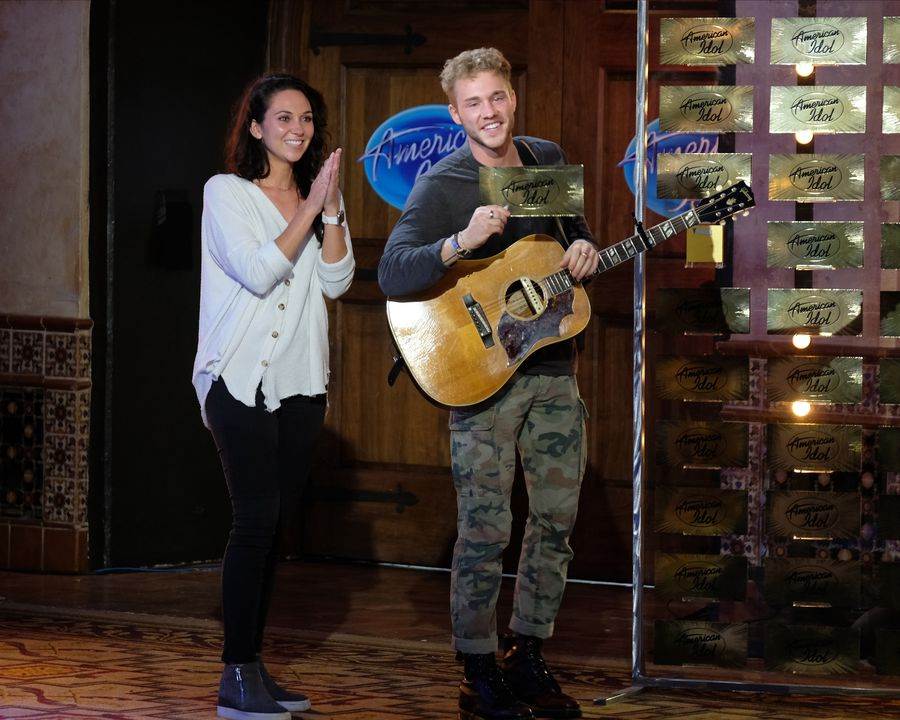 Hunter Metts’s sister quit her job at Disney to avoid a conflict of interest to allow him to audition, which is wild. Hey, maybe she avoided the layoffs preemptively? He begins to sing, vigorously shakes his head when he uses a vibrato, and keeps his eyes closed the entire time. A hollowness is heard in his high lilty voice that I could dig, but I’m not sure he will survive Hollywood week. He’s an “in between” golden ticket holder for me, so I’m not necessarily mad about him going through compared to someone like ET. Ugh, ET. Woof. I’m still mad. (Also, Luke being rude to his sister with “How dare you not quit your job earlier?!” was not appreciated or warranted! KCOOLBAI.) 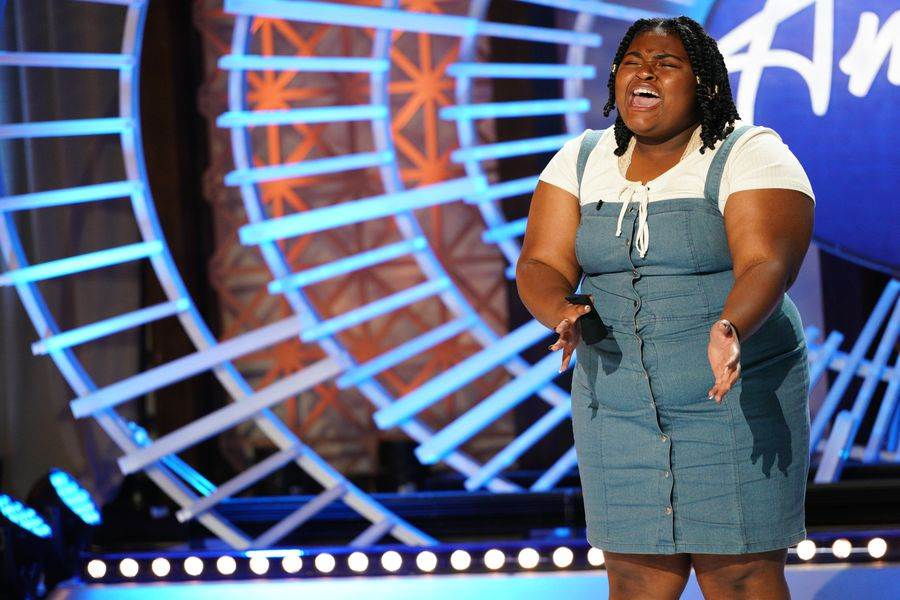 Ronda Felton’s story of homelessness is heartbreaking, but to ignore the produced story and just look towards the contestant’s “now,” I am so into her sense of style, it’s crazy. Lionel has another handkerchief to give out as she begins to cry, as if he’s made of money or something. (Oh, wait.) Ronda opens her mouth to sing from Dreamgirls and it’s as if the Idol angels pushed aside the mess of this episode to give us an incredible audition filled with a controlled voice, a powerful belt, and an emotional performance. Lionel is crying and I am crying and Ronda is crying.

What did we learn tonight? That these judges have made a collection of very good and very bad calls. Next week, we have another round of auditions. Will I emotionally be ready for all the bad calls? Probably not. How fun!