Film Review: National Geographic’s “Own the Room” is an Inspiring Disney+ Documentary Film

Tags: Disney Plus, Movies, National Geographic, Own The Room, Review

National Geographic Documentary Films takes Disney+ subscribers on a trip around the world to meet some extraordinary young adults in Own the Room. Premiering on March 12th, the award-winning filmmakers behind Science Fair follow five students with entrepreneurial spirit as they head to Macau, China, to compete in the Global Student Entrepreneur Awards. One thing’s for certain: after seeing it, you won’t envy the judges of the competition. 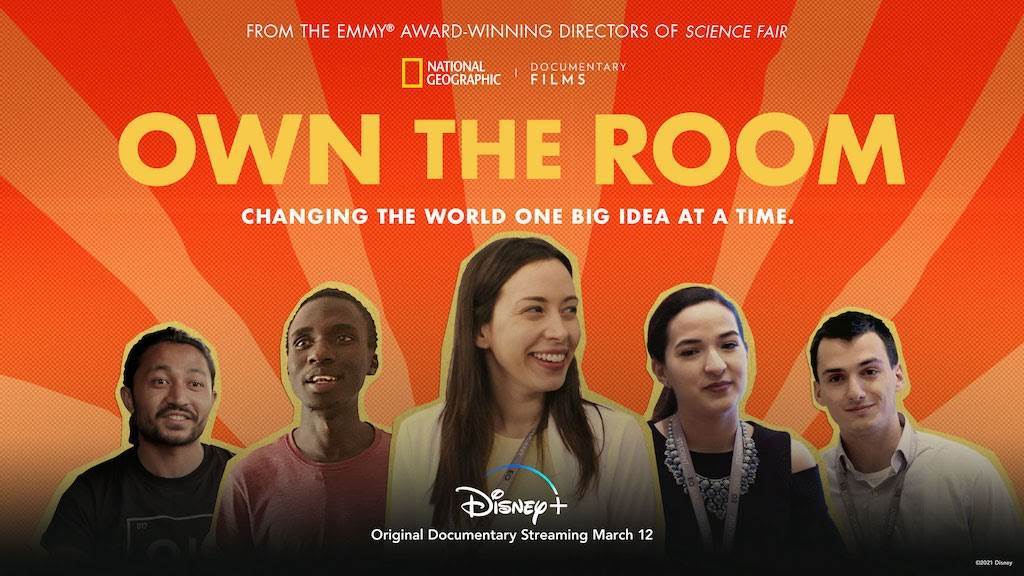 The Global Student Entrepreneur Awards isn’t a competition you enter on a whim, with requirements including that you be a college or university student with your own business that has been operating for 6-months and that you win a local and then national competition with your business idea. For that reason, the five students the film follows are all passionate, each with a great idea that can improve people’s lives. At the same time, there’s no guarantee that any of them will walk away with the grand prize of $100,000 in funding for their startup.

The first third of the film is spent getting to know each entrepreneur, sometimes following them through the required national competition. Representing the U.S.A. is Daniela., an immigrant from Venezuela with a company called Sunthetics that helps process chemists reduce the amount of experiments to find sustainable solutions to chemical processes using artificial intelligence. Alondra from Puerto Rico has developed an app called UnderstHand that helps the hard of hearing communicate with doctors, particularly in the mental health field. In Greece, Jason has developed a program called ICry2Talk that can recognize the universal cries of babies and tell new parents whether they want to be fed, changed, burbed, or held. In Nairobi, Henry has used his love of coding to try to solve a housing problem for university students where accommodations are not guaranteed and distributed on a first-come, first-served basis. And in Nepal, where depression is high due to 20% of the population leaving in search of work opportunities in other countries, Sanosh has started a business called Offering Happiness where expatriates can bring joy to their loved ones back home through special celebrations.

Own the Room makes you feel connected to each of these five contestants, following them to Macau, China, “The Las Vegas of Asia,” for the global competition. As an audience, you get a similar feeling of anxiety when you realize that as amazing as these businesses are, there are so many others. And with a grand prize of $100,000 on the line, which only one of them can potentially win, you find yourself rooting for them all.

Full of inspiration and hope for a brighter future, the five young adults documented in Own the Room serve as role models for future young entrepreneurs that see the film. It’s the kind of story that could only be told by real-life experiences with unpredictable twists and turns, where each of the contestants rise to the challenges placed in front of them.

I give Own the Room 4 out of 5 posters in a restaurant for the 1985 VHS release of Pinocchio.

Own the Room premieres Friday, March 12th, only on Disney+.